Birthday meanings change as we get older. When we have not reached adulthood, birthdays are the awaited day. This is because the child gets something unusual he can on another day. How not, generally on the birthday of the child spoiled with a variety of things, such as having a new toy. As a teenager, birthday is one of those moments in which the recognition of friends towards him reaches an optimum point, at the age of 17 years is the transition age from adolescence to adulthood. For adults celebrating birthdays, it is usually celebrated more simply but focuses more on self-reflection on what has been done and how to improve it in the future. Different ways people celebrate birthdays. The way people celebrate birthdays done with the same activities will become a tradition. Each country must have a different birthday celebration tradition. Russia is one country that has a special tradition in celebrating its birthday. This article will discuss about 5 facts of how russian celebrate birthday. 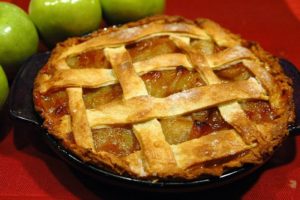 No wonder, Russians love to party at night. A party that is often held at night is usually associated with a birthday celebration. Here are 5 facts of how russian celebrate birthday, as below.

Birthday party celebrations in Russia, usually always serve pie. This food is the same as a tart or a birthday cake we used to know. Pie food is often given the words “Happy Birthday”. The Russians celebrate birthdays with a large banquet. Dishes are served on this birthday celebration, usually in the form of marinated fish, meat-dagingan, and various salad variants. One of the always-present dishes is kulebyaka, one of the most ancient and sumptuous pies in the culinary history of Russia.

This food is seen on the outside of this thin pie, with lots of stuffing. Where the dough should be thin, but very strong to accommodate a variety of delicious stuff in it when eaten. Kulebyaka can have stuffing up to 12 layers with various types of stuffing, such as mushrooms, meat, cabbage, and rice.

How to make this pie food

1. Enter enough sugar and yeast into warm white liquid milk and wait for 10-15 minutes until the yeast expands.

2. Strain the mixture over a large bowl and add salt and butter. Where butter should be at room temperature to be more easily stirred. Add the eggs and knead the dough until smooth.

3. Move the dough into another bowl containing warm water. Wait for the yeast dough for at least an hour to expand. While waiting, you can prepare the stuffing.

5. How to arrange pei. First, for the outside dough into two parts: for the bottom and upper skin layer. Milled dough: do not be too thick, about 4 – 5 millimeters. Next, apply oil, fill in the input, then cover with a second dough layer. Preheat the oven to 200 degrees Celsius and bake the pie for 30 minutes. Serve while warm. See also What Popular Foods in St. Peterseburg During Ramadan and Halal Restaurant in St. Petersburg

Some Russians often wear traditional russian clothes when they are birthday. Traditional ethnic clothing Russia is kaftan, kosovorotka and ushanka for men, nerves and kokoshnik for women. Russian people who wear this russian custom when the anniversary aims to russia people do not forget and still uphold the culture of Russia as a legacy of their ancestors.

Before celebrating a birthday, Russian people often perforce the appearance of one of them is a haircut. In addition to appearing because, shaving the hair is believed to keep the birthday of the evil spirits of the past and at the same time become a symbol of the birth of a new soul.

Russian people are very fond of partying with consuming alcoholic beverages. Alcohol drinks are an integral part of Russian daily life. According to research from the World Health Organization (WHO), per capita alcohol consumption in Russia in 2010 reached 15.1 liters per year. The number is the fourth largest alcoholic beverage after Belarus (17,5 liters), Moldova (16,8 liters), and Lithuania (15,4 liters). Read more surprising facts about siberian vodka.

When the Russian birthday, there are many bottles of drinks that contain vodka, wine and mead. Mead is alcoholic drinks made from honey. Although Russians have the habit of consuming excessive berakholhol beverages, it will not be bad for them. According to biologists, the condition is caused by genes. He claimed that the Russian body, like other European bodies, was able to absorb acetaldehyde (organic compounds that cause drunkenness) slowly. Meanwhile, the majority Asian body condition has a faster absorption of this substance so that Asian people can not drink too much alcohol.

The habits that must exist in every Russian birthday is to attract the ears of people who birth. Where the amount of interesting telingga as much as his age. For example your friend’s birthday to 20, then the ears of your friends should be withdrawn as much as 20 times.

Thus a brief explanation of the 5 facts of how russian celebrate birthday. This article is useful to add knowledge about culture in russia especially at birthday celebration in russia.  After know about these fun facts, you might want to learn more about Russian history and read The History and Benefits of Russian Banya. And if you’re interested in coming to Russia yourself, it is useful to know the Best Time to Visit Russia and the Basic Russian Words for Beginners.