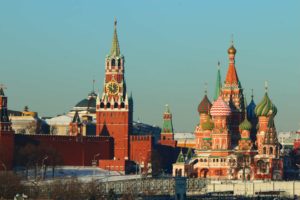 The idea has been tugging at you for some time now: you want to visit Russia. You know all the Tips to Do Cheap Travelling to Russia. But when is the best time to visit Russia? Well, it certainly depends on what you’re looking for in the world’s largest country. There are a lot of factors relevant to this question, such as the season and weather, as well as festivals and holiday.

Russia is an extremely large country, in which its geographical extension covers both the polar and subtropical. But let’s focus on Central and European Russia, the location for the big cities of Moscow and St Petersburg. Of course, the most ideal and best time to visit Russia, at least for the majority of people, is in the summer.

There is a stereotypical fear among travelers wanting to visit Russia that it’s always cold there. Believe it or not, the temperature in summer can get quite high. Although the air is humid all year round, Russia’s brief summer still gives for blooming season and beautiful snow-less landscape. In fact, the winter temperature differs greatly from the summer, that it makes the same place look like different countries. For instance, Moscow can experience -25 °C in winter, while still having a temperature of up to 30 °C in the summer.

So if you’re looking to see blooming Russian lawns and charming white-less landscape, consider visiting between early June and mid-September. The prime time, however, when the sun shines the brightest and the weather is warmest, would be in July and August.

Although winter may sound like an unappealing time to visit Russia, it is in fact, not! Not only will you get to witness the famous cityscape blanketed in crisp white snow, there will also be less tourists -meaning cheaper hotel, train tickets and airplane fares, and Russia is the best place to visit if you want to experience White Christmas!

Winter begins from around November and ends in early April, though the exact time may vary from year to year. In cities like Moscow and St Petersburg, you will most likely not experience a temperature below -25 °C. However, if you’re visiting Siberia, be prepared to face a -50 °C winter, especially in December and January. Siberia is infamous for this extreme weather, but tourists are attracted by its picturesque snowscapes, comfy fur hats and steaming banya houses.

A lot of Russians, and tourists, also make use of this frosty period to indulge in winter sport. This includes skiing down the icy slope of great Russian hills and mountains.

If you’re still not sure if you’re looking for a visit during the warm summer days or in the magical winter season, you can consider looking at big dates and events. From remarkable firework displays to music festivals and traditional parades, a variety of events take place throughout the year in Russia. Many are worth visiting, as you might not get to experience such events in any other country.

New Year’s Day is arguably the highlight of many Russian’s calendars, as it involves grand family feasts and gift-exchanging around large fir trees. As visitors to the country, we can watch the celebration’s peak in Red Square, Moscow, where there are dazzling firework displays. A few days after, on the 7th of January, Russians then celebrate Orthodox Christmas. Family gatherings and religious masses aside, tourists can benefit from great shopping deals and tons of merrymaking that take place all over the country.

Easter is also a popular and important Holiday in Russia. Many families go to church for service and would celebrate Orthodox Easter around two weeks after the Catholic Easter. Eggs are decorated and special foods like the cheese dish pashka may be seen all around.

The first major holiday that is unique to the country of Russia is Victory Day, held on the 9th of May. This date marks the defeat of Hitler and pays tribute to the millions of Russians who died during the second world war. The History of Victory day in Russia is another topic you may want to learn about. There is a grand military parade in Moscow’s Red Square, while other smaller ones take place in cities all over the country.

As part of the Traditions of How Russia Celebrates Victory Day, war veterans put on their medals in commemoration of the fallen soldiers. In May, along with Easter and Victory Day, there are also major music festivals taking place in Russia.

Another interesting event is the annual White Nights Festival, celebrated in St Petersburg alone. Held during the first few weeks of summer, the city revels under the midnight sun and their long days of daylight. By days, the locals thrive in the heat and outdoors. By night, there are art festivals, musical concerts and endless partying.

In conclusion, there is not one final verdict that can answer the question: “When is the best time to visit Russia?” It all comes down to your own preferences and interests. And the answer may be different for different individuals. The general and common answer, however, would be in between late June and early September. This is when Russia gets to boast their renowned picture-worthy cityscapes, as well as acres of well-manicured lawns and blooming flowers.

Before your visit, you may also want to check out these Famous Movies that Take Place in Russia, and also the Facts and History of Russian Language. You know, familiarize yourself with the culture and language first!