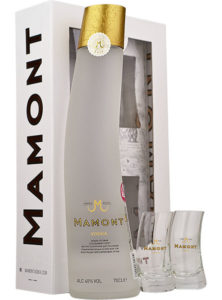 We all know that Russia is particularly famous for their vodka. Not only for its exemplary quality and long history, but also for its prevalence in Russian tradition and culture. That’s why we are not hesitant about stereotyping Russian people and their ever-present bottle of vodka. You have learned all about the Most Interesting Things You Should Know About Scandinavian Vodka and the Facts about Russian Vodka That You Should know. Now, it’s time to find out some surprising facts about Siberian vodka that you might not have known before.

Siberia is a vast province in Russia with boundless forests, mountain areas and beautiful lakes. It’s also where some of the world’s best vodka is produced. These are 6 of the most surprising facts about Siberian vodka.

1. Vladimir the Great Rejected Islam Because It Banned Vodka

The first thing you should know about vodka that you might find surprising is how it caused the rejection of Islam as the state’s religion. Back in around the 10th Century, Vladimir the Great had been the Grand Prince of Kiev. He declared that Islam was objectionable because of its taboo on alcohol, including vodka. “Drinking is the joy of all Rus”, Vladimir had said, “We cannot exist without that pleasure.” Talk about the significant impact of vodka had, huh?

2. The Most Famous Siberian Vodka Was Inspired by Yukagir Mammoth

For avid lovers of this alcoholic beverage, Mamont Vodka is certainly a familiar brand. Of course, you will also realize that it has a unique bottle shape, one resembling a tusk. Believe it or not, it turns out that the creators of Mamont Vodka had been inspired by Yukagir Mammoth! It is a male mammoth from a species of woolly mammoth found frozen in Siberia in 2002. The discovery was a greatly appreciated one, as the specimen head was huge and extremely well-preserved.

3. It Is Also Distilled 6 Times

Itkul Distillery is where Siberia’s greatest vodka is distilled, even up to this day. This is also the oldest distillery in Siberia still in operation, having been found in 1868. Today, it is the only Russian distillery to produce its own alcohol from pure malt. In addition to using the best local ingredients, its vodka goes through 6 distillation processes. These reasons combined result in Siberian Vodka’s smooth flavor with a tad sweetness, as well as a dry finish.

Yes, we all know that Russian people love vodka. Apparently, their fondness towards this particular spirit has dates many decades back. Take World War Two, for example, when even soldiers were extremely dependent on vodka. It is believed that Russian soldiers had 100 ml rations of vodka each day, and that those rations were regarded with great importance. Reports have also stated that drunk Russians were often spotted attacking people.

So, can we say that the Red Army soldiers were bold and fierce because of their strong vodka intakes? Of course not. But a Russian writer did claim, once, that his people were somehow “held hostage by vodka”. Though it is unfit for us to judge, history asserts that this statement has at least a sliver of truth in it.

5. Vodka Is Not Made of Potatoes

At least, most of them are not. As unbelievable as this may sound, there are so many people today who firmly believe that all vodka is made of potatoes. In fact, the first vodka wasn’t even made from potatoes. It is true, however, that potatoes used to be a practical source in making vodka, but it is not a staple ingredient at all. The only things you really need in order to produce vodka is a decent sugar source. In the modern days, most vodka is made from grains, grapes and sometimes even milk whey. It is also said that wheat makes a lighter vodka, while potato and whey might produce thicker vodka.

6. The Etiquette for Russian Toasting is Confusing

Russian people, who take their vodka seriously, would of course make a complicated procedure out of proper toasting. No, you don’t just toast and drink. You toast, then you drink, you toast, and you drink again, then another toast, and another drink. This goes on for numerous times, depending on the events and celebrations. In some formal toasting procedures, there could even be more than 10 toasts. Not only that, but the order to whom diners are toasting to matters.

In the olden days, the first toast would always be “To Stalin!”, be it a political meeting or a child’s birthday bash. In a more informal atmosphere, including among friends, the toast could be as simple as “Let’s be healthy!”

Yes, a lot of these surprising facts about Siberian vodka may have indeed taken you by surprise. That’s because there are many aspects about vodka that are more than it seems. They certainly are not just simple drinks. After finding out about these fun facts, you might want to learn more about Russian history and read The History and Benefits of Russian Banya. And if you’re interested in coming to Russia yourself, it is useful to know the Best Time to Visit Russia and the Basic Russian Words for Beginners.