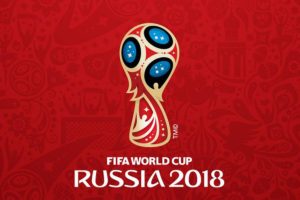 This year is the year which the football fans from all around the world are waitting for. Yes. World Cup which is only held once for every 4 year is happening this year. It will be the 21st World Cup since its first tournament in 1930 in Uruguay. However, this year Russia has been selected as the host of 2018 World Cup.

Right now, Millions people, young and old, male or female, from all countries around the world are celebrating even those whose country are not particating. Before we go further, there are 8 important things to know about the Russia 2018 World Cup.

For a country it is a great proud to be chosen as a host of a World Cup as all countries want to be one. Therefore an election regulation has been proposed and this year, 2018, is the year for Europian countries to be the host and Rusia was elected. Of course it’s not just lucky draw. To win the lottre Russia has to compete with other countries like England, a colaboration between Netherland and Belgia and Portugal and Spain in the host of World Cup election council held by FIFA on December 22, 2010. It will be the first time in history for Russia to be the host and it also will be its eleventh appearance in the world cup. There were 22 countries participated in the council and Russia got 13 votes which led to be the 2018 World Cup host. It also makes Russia as the only host from Eastern Europe. The tournament will be held from June 14 to July 15, 2018.

World Cup does not only offer a great football game. There are other things that can be much of people attention. One of them is stadium. People love seeing giant stadiums with beautiful architecture as a part of celebrating World Cup. Therefore, after elected, the host of a World Cup cannot just sit around. They have a lot of things to prepare for the upcoming World Cup most importantly the stadiums. In this case, Russia has prepared since the FIFA has offically anounced 8 years ago. Russia has provided 12 awesome stadiums in 11 different cities which  are ready to present great matches for 2018 World Cup.

There are 32 countries participated in the 2018 World Cup. It means there are 32 national teams will fight in the competition to claim the World Champion. From the Europian zone there are Russia as the host and other 13 national teams. 5 national teams are from African Zone, and 10 are from Asia and South America. There also 3 national teams represent North America Zone. and the other two will be decided in play-offs.  Then, they will be divided into 4 pots based on the strenght rank of each national team by FIFA organization. After that, they will be put into 8 different groups which have 4 teams in each groups. One team from a pot will be put into group in turn so there no chance of groups form the same pot in the same group. Here is the pot list:

For the first time since 1958, Italy will not take part this year. It’s bad news for Italy fans from all around the world. On the other hand, this year will be the first debut for the new teams; Iceland and Panama.

Theme and Mascot, these two things are as important as stadium in celebrating the World Cup. So choosing both theme and mascot should be perfect and can resemble the host country itself. For this 2018 World Cup, Russia has come up with a theme of a dream and outer space exploration. Its logo has been made to look like World Cup trophy embedded with folk motives matryoshkas and firebirds. For the mascot, Russia has chosen Zabivaka as the official mascot of the 2018 World Cup. Zabivaka is a character of a young wolf designed by Ekaterina Bocharova. Before it was chosen as the official mascot, Zabivaka should beat other characters on online voting.

Zabivaka is illustrated as a young energic football player, full of confidence and always becomes a key player when scoring. Besides, He also has a character of a humorous and fun player. One thing that visually be part of Zabivaka is that he always wears glasses when playing football.

Nowadays, technology has been a part of our lives. There is technology in almost everything including football. It may be not a new thing in football because in 2014 World Cup FIFA has applied a technology to assist the referees so that the game would run fairly as possible. This year FIFA also used technology called VAR, Video Assisted Referees in 2018 World Cup in Russia. VAR helps the referees and their assistance in the field since it can access videos from different angles.

Then there is Electronic performance and tracking systems (EPTS). EPTS is a tablet-based system which enable each team to share information with its coaches in real time. For monitoring the players and the ball, Optical tracking cameras are used. It also provides feedback. Another technology used in 2018 World Cup is 4k Ultra High Definition Video and VR. It will provide more amazing view for football lovers.

The next technology is Goal-line technology (GLT). Like its name, it will help the referees decide whether it’s a goal or not. This technology is firstly used in 2014 World Cup in Brazil and yet it’s still important this year. The last but not least is Contacless payment. Though it’s not a brand new, it’s still a big help in 2018 World Cup with the payment from millions of people.

The 2018 World Cup Balls are in hand of a world class ball manufacture, Adidas. Adidas has been handled the official soccer balls for the World Cup since 1970. This year, It has come out with Adidas Telstar Mechta with the design like the first Adidas FIFA World Cup Offical Macth Ball. However this year it contains embedded NFC chips to communicate with smartphones. Moreover, this football comes from pakistan and is thermo bonded.

Referee is an important part of a match so it can run smooth and fair. Therefore, selecting credible referees for a prestigious competition like World Cup is a must. This year, 2018 World Cup Russia, 36 referees and 63 assistant referees have been selected by The FIFA Referees Committee.

So here the last but not least from the 8 important things about Russia 2018 World Cup, Prize Money. May be many people are wondering how much the winner will get from the most prestigious event. It is said that the winner will take home as much as $38 millions. Then the second team will get $ 28 million. For the third and fouth teams will also take $24 millions and $22 millions home. What a fantastic amount of money, right?

Okay, those are our 8 important things to know about Russia 2018 World Cup. I hope you enjoy reading it and this 2018 World Cup will be EPIC.