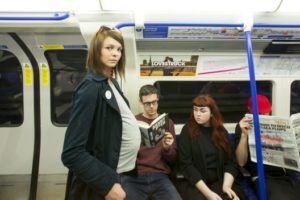 What makes interacting with people from different country tricky? The truth is we’re all human, we have the same anatomy and physiology, yet it’s a bit hard sometimes to interact smoothly with foreigners. Did you know, there’s a simple key that can answer it all? It is the culture differences that has become a huge bridge in the middle, beside distance.

Most of us might have known how people grow and develop character and values through family, environment, social peers, culture, and specific events. This is something that we need to pay attention to whether we’re just trying to make friends by doing the etiquette to get acquainted with Russian people, or even trying out the best steps of how to get a Russian wife.

Talking about making friends with people from other country, there are rules that you need to pay attention to. There are also things such as personal traits that Russian woman hate from man. There are things that you should never show to Russian friend that can be a fatal mistake if you never even bother to know what those are. These things might have harm your friendship or hurt your Russian friend in a way that you might not even realize.

Improper Things You Should Never Show

Even if something’s okay to do in your country, it’s not always mean that it’s okay to do in another country like Russia. Doing something wrong will put you at disadvantages someway somehow. Of course you wouldn’t want to risk your friendship with your Russian friend because of something so simple and unnecessary, would you? Suit yourself with the cultures of Russia, then you’ll be able to make good friends there. Here are few things you’d better avoid doing :

If in America it can simply  be in a pop music, it might not work the same way here in Russia. They’ll consider you as rude if you whistle when you’re with them. It’s often linked to bad things, so you should avoid doing such things. This doesn’t only apply in Russia, in fact it’s also what Indonesian teacher hates during the class. It’d be better to make sure people won’t get offended rather than whistling out of boredom, right?

As what you might have known, Russian are quite sociable. They’re open up to people and will welcome someone who pay a visit to their house in a friendly manner. But, there’s one thing you need to know, that every time you decided to visit a Russian, you should never come there empty-handed. It’s a huge mistake that will make you come off as rude. If you’re going there after lunch time, consider bringing snacks or chips. You can also bring wine or any beverages if it’s for dinner. Anything would be fine as long as you bring something proper for the owner of the house.

If you’re invited to a dinner with Russian friend, or even birthday party, well, there’s something that you need to know. Russian does take dress up seriously, they’re used to present themselves in a polite, neat and clean looks. Just like how it’s one of the deal qualities of man that Russian woman looking for, you should be prepared whenever you’re going out with Russian. Well, perhaps you don’t have to use tuxedo to go to your friend’s house, but if you’re going to a more formal occasion, then better dress yourself better. Avoid messy and shabby clothes for it might come off as something not so good. If you want other to respect you, then you should respect yourself by knowing how to present yourself, right?

Always show your smile while shaking hands with a new friend, but never smile by yourselves like a mad person. That’s simply the rules that you need to follow if you want to survive just well in the middle of Russian people. Smiling is a good thing, of course, if you have reason for doing so. Smiling without any triggers or intention is clearly not a normal thing would do. There are only 3 candidates that would probably do such things. Drunk man, a girl in love, or perhaps someone who’s mentally ill. Make sure to know where and when to smile so that people wouldn’t frown at you

Never show that you’re carefully counting all your friends spent for the food they order when you’re going out for a quick lunch or dinner. Being stingy, especially to friends or partner is something unacceptable when you’re in Russia or interacting with a Russian. It’s really that things to never show to Russian friends. Be generous, if you want to be a good friend for a Russian.

It’s rude to let elderly and pregnant woman to stand in a bus or train. This rule might sound familiar to most of you, since it’s applied almost everywhere in the world. That’s not the only thing, though. When you see a granny trying hard to cross the street, would you really show no sympathy at all? Common sense in these things is something important for you to never miss. Helping each other while needed is something that shouldn’t be forgotten or left out. This will make you come off as a rude, uncaring person who’s not a potentially good friends.

You gotta make jokes about your Russian friend’s family or even culture? Then you really are a dead meat. Russian are mostly family-oriented. They’re also fond of their country’s culture, so you’d better watch out. If you ever show disrespectful manner towards their family and country, or even look down on them and make them as jokes, then you’ll gain enemy rather than friends.

Yes, shoe soles is something you shouldn’t show to your Russian friend somehow. It’s something that’s not clean and it’d be rude for you to show someone your shoe soles part. This is something so simple but it can do harm to your friendship. So, you should really behave when you’re with people from other country, since what’s okay in your country might be not in theirs.

Just like how it works in most of Asian country, entering Russian house will make you take your shoes off beforehand. It’s rude and improper for you to just stomp inside with that dirty shoes of yours. Well, beside it’s improper, it would be bad to make their house dirty with your footprints, right? Moreover, if their house’s floor are made of rugs, then it would be harder for them to clean the mess you’ve made. Of course that’s something you wouldn’t like to do to your friends.

It might sounds unfamiliar for you, but it really is like that in Russia. If you want to shake hands with someone, don’t do that at the door. Once you came in, you’re indoor, then you might do what you’ve been wanting to, which is shake hands.

If you’re out for drinks with a Russian, then this is one of the most important rule that you  need to know. Don’t leave the empty bottle on the desk, for it’s considered as bringing bad luck.

Avoiding all of the things to never show to Russian friends might not be hard, but it’s so important and beneficial for you yourself. Of course you wouldn’t want to do most hated things for Russian people both intentionally or unintentionally, right ? It’s for your own good, so you gotta give it a shot.