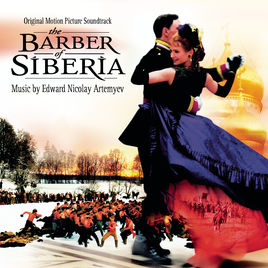 Knowing one country means knowing about its history. The historical background of one country plays important role in the nation’s character shaping.

Yet, talking about Russian, a large country where the long revolutionary occurred and it has influenced the way of people’s life, including in their everyday life and give impacts on the work arts of its filming industry.

Although Russian have undergone into such a long history, from Soviet Era until the Russia nowadays, the development of Russian filming is rising gradually from that time. Many famous directors have produced the best masterworks to show the Russian people and the International world about their history. The long way that have formed the richness of Russian culture and heritage that we can see today. Here are the 7 lists of Best Russian historical movies:

Receiving many awards and achievement from the Russian Awards, the movie is directed by Aleksey Balabanov. It is released in the late of 1998. He smartly portrayed the life of Russian society at the rising stage of Russian capitalism era. The story of the movie is focused on two families who are having the problems with their sexual life, in which they have to deal with Johan behavior and the force to do what he wants. Of Freaks and Man movie is filmed in black and white, later it is changed into sepia tone which give the real feeling of an old Russia.

This movie is directed by Nikita Mikhalkov and  produced by the talented producer Michel Seydoux. Both of them have the experience in making great art works. It released in Russia at 1998. The story is about the love line between an assistant of barber Jane with a young Russian officer, Andre. The background time of this movie takes place around 18s in the wild Siberia. The historical background between them is shown here. As the long awaited love that seems to never end – around 10 years waiting- until the tragic ending happen.  Historical romance always has a place in the viewers.

Russian ark is a historical movie directed by Alexander Sokurov. It belongs to one of his best movie that succeeds in winning many awards from various categories. They are including European Film Award, Toronto International award, Argentine Film Critics association, Chicago International Film festival and the last but most prestigious Award from Cannes Film Festival. The story begin with the journey of French aristocrat to recalls the past memories of his life in Russia, where he travels to Russian hermitage Museum and there he dressed well and dance  in the festive balls. He is going through different periods of Russian history and encounters historical famous figures from the last 200 years.

The movie would amaze you with the technique of filming, such a beautiful way to portrays history comes alive, the visual and sound effect of Russian art performances and also the museum tour which shows you each rooms, hallways, grand staircase and a great entrance gateway. The duration of the movie is 96 minutes. Surprisingly, it was taken at the real building of Russian Winter Palace. So, are you fond of this historical movie?

This historical movie is released on October 2008, by taking it scenes in the different location included Moscow, Saint Petersburg, Sevastopol, Torzhok and Irkutsk. Directed by Andrey Kravchuk, the movie plot story was telling an era of Russian Civil war, in which the lead character –Alexander Kolchak – as the vice admiral in the imperial Russian Navy also being a leader of anti-communist white movement.

Here he tried to create history but the struggle is hard as the conflict of the story arise. Also the love line relationship that he had with his wife became complicated as the presence of the other woman that is Anna the poet. The point we can get from this movie is that the admiral faith on keep struggling through the hardships. His believe to the Russian Emperor and his never give up spirit.

Took a set in the Nazi invasion during World War II, the movie is directed by the talented director Vladimir Khotinenko. This is historical drama which tells the story of Priest Alexander in his struggling to maintain peaceful life in his church at the quit place in Latvia when the nazi troops invades the village and harm his peace. This historical drama is best companion for your day.

This movie belongs to the historical war genre, which is directed by Aleksandr Kott. Taking a set in the 1941 -a war period- , the movie tells the story of a young with his brothers whose parents were killed in Spanish civil war, then they joined the Russian army to protect their country. Thus, the story involves their struggle of defending the Soviet Union from the German attacks, in which soviet troops can hold their border from Nazi invasion.

Based on the real history, the movie production teams have assured that they have made the story plot as close as the original fact of the historical background, by the careful supervision from the expert of Brest Fortress Museum. The best way to learn history is by watching their history movie, am I right?

The movie directed by Konstantin Lopushanskiy is actually a movie about how one must struggle according to their role in real life. Based on the story, the main character which is a brilliant actor in the Russian revolutionary era, he try to play a role as another man, so he undergo some difficulties to be immersed with his role. The thing we can get from this movie is that we have to play our role well in a life, just be ourselves because that’s we really are.