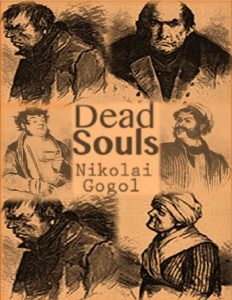 Russian literature produces some of the world greatest Russian novels on lists of “books you must read”. These quality reading material are just like the Unique Facts of Russian architectural, old and complex.

Lermontov introduces Pechorin, a character yet to set a benchmark for the complexity of characters in Russian fiction. He highlights a flawed, non-Romantic figure who must live up to ideals he can’t uphold. Moreover, this novel marks the end of the Romantic era and ushered the great era of realist fiction.

This novel tells a story about a man who tries to trick landowners into buying their dead serfs (“dead souls”). It depicts a satirical picaresque similar in style to Cervantes. However, it can stands alone for its odd and grotesque caricatures of Russian provincial life. Even though Gogol was a self-professed conservative, the younger generations can relate to his work and used it to argue against the ills of 19th-century Russian society.

This novel stands out among other Russian novels that tied together the social and personal issues. It describes a member of the gentry grown who is caught between the “idyllic” life of pre-emancipation serfdom and the “new”, more liberated Russia. Moreover, it also combines the romance of Pushkin and the rising school of realism. Therefore, this novel is one of the best records of Russia’s great societal transition.

This novel portrays typical Russian novels that pit the younger generation against the old. It tells the story of Bazarov, a strict nihilist, challenges the well-established mores of Provincial life. Then, he lures the naive towards radical ideas. However, his beliefs changed due to the appearance of passionate love and spirituality.

The novel tells about Vera Pavlovna, a woman who looks to be free and emancipate herself from the conservative oppression of the czarist regime. The novel was written while the author was in prison for subversive activities. Therefore, he manages to get a surreal atmosphere of a depression feeling. Its positive-minded protagonists as models for the revolutionaries that take over the country several decades down the road.

This presumably simple novel about a murder and its aftermath is the first out of many famous works of the author. It forever depicts one of the great preservers of 19th-century urban life in Russia. Moreover, it has everything from poverty, religion, family, and evil. Therefore, it provokes one of the greatest personal struggles ever portrayed in literature.

Karenina is one of the most important novels in the European canon. Moreover, the novel has been touted as Russia’s great realist novel, along with other Russian novels such as Flaubert’s Madame Bovary and George Eliot’s Middlemarch.

The unique style of this work became the benchmark of Russian novels into modernism. The novel tells the story of a senator’s son looking to assassinate his father in the midst of the failed 1905 revolution. He publicates his works before and after the Bolshevik revolution became was of no surprise.

This revolutionary novel was the first novels to be critical of the Bolshevik Revolution. It is the first dystopian novels that depict of a glass-encased city-state told from the perspective of a mathematician with a number for a name soon become an uncanny representation of a society gone mad. The novel was banned until 1988 which has a profound impact on George Orwell and would later become a major influence to his great work 1984.

The novel critique of capitalist society that deemed ironic when he escaped Russia after the Bolshevik revolution. Moreover, it describes the pessimistic view of technological advancement and American society became an instant hit among the angry youth. The story background a set on a passenger ship heading from America to Europe. It is among the many bestseller works of the author which followed by the success of the “inevitable-death” model of Thomas Mann.

The author decides to forgo any battle and depict in all of its brutality and sorrow the decline of the Cossack civilization in this four-novel series. At first, the novel was at controversial for its antagonizing of the Bolshevik invaders. However, Sholokhov’s emphasis on Cossack life and cosmology is as humanizing as it was also painfully elegiac.

The basic plot of this book, still often considered graphic or at least morally unsuitable for kids. The fascinating story of a pedophile and the insane lengths he goes to in order to possess a young girl he nick-names Lolita. It offers insight into Russians saw the rest of the world, especially America. Moreover, this brilliant novel whose uncomfortable subject matter resonates and disturbs precisely because it’s easy to imagine it actually happening.

A novel with fiction-writing in Russia has always been a serious matter. In a society without freedom, the great writers were the true truth-tellers. Moreover, it gives the voice of the voiceless, and the conscience of a nation. Therefore, in the end, it acts as a second government.

People can easily find these masterpiece Russian novels among the many finest libraries in Moscow and amazing libraries in Saint Petersburg. Moreover, people can enjoy reading it in some cozy places in Moscow that are perfect for Book Lover.