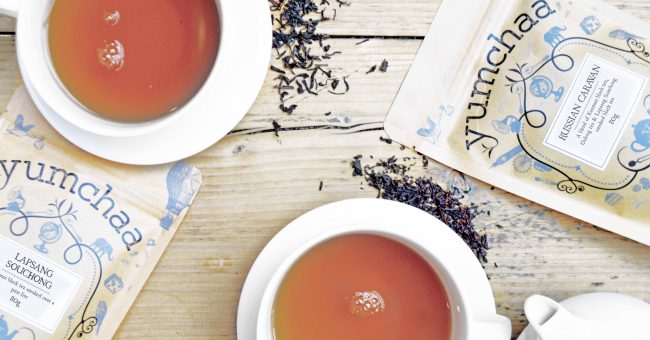 When it comes to Russian drinks, people tend to think of Vodka, as what was widely known from the usual stereotype. Not so many people know that Russia actually is a tea-loving country. Tea is not only considered as a regular beverage for Russians. Drinking tea has become a culture that every Russian lives up to. Research showed that 93-94 percent of people in Russia actually drink tea. And those numbers had remained stable over the years, made Russian in the fifth place of the most tea loving nations in the world. This may make us wonder why Russian really loves to drink tea. Here’s the answer.

The History from 400 Years Ago

Tea was first introduced to Russia at the year of 1600s. At the moment, due to its high price and scarcity, it was only noble people that were able to drink it. That was before the reign of Catherine the Great, where tea finally became widely available across the country, sold in a relatively cheaper price, so that more people, the wealthy ones, and even the peasants, finally had the grace of tasting it. The fact that Russians have already been drinking tea for centuries makes tea being in the core of every Russian that it has become almost an addiction.

The fact that from the geographical perspective, Russia is very close to China. It was relatively easy to travel from China to Russia, as easy as exchanging cultures and traditions, as well as trade commodities. The trade transaction had even become the background of the invention of Russian Caravan, an authentic tea drink that was inspired by Chinese lapsang souchong tea. The tea that was being imported from China accidentally got smoky taste from the campfires that were passed during the trip. The woody smoke, however, unexpectedly brought such delicacy of flavor.

There are several things in Russian tea tradition which differ it from how things done in other countries. One of them Is how Russians never drink tea “naked”. This means that sweets and treats are always included in the ritual. The tea-time itself often lasts for quite a long time, as it is also the time for relaxing and having a nice conversation with family or friends. For an exciting topic, they may drink up to 5 or more cups of tea. This kind of tea-drinking habit is closely related to how Russian people build relationship with each other, which may be one of the reasons why Russian really love to drink tea. Because apparently the more often they have the tea-drinking ritual, the more they socialize.

The other unique tradition is how the brewing is done. They made the zavarka (tea concentrate), which is very strong, first. And every time a fresh cup is needed, a desirable amount of zavarka will be poured into the cup, to be diluted with water later. This way, each person is able to have the tea as what their preference is. Many people in Russia even put jam, usually in a berries or cherry flavor, into the cup. So, it’s not unusual to see people serving jam alongside the tea there.

Tea Varieties that Have the Best Taste

There are so many varieties of tea that came from different sides of this world. As a country that loves tea that much, many types of best tasted tea are available in Russia. It is ranging from the common Chinese black and green tea, to Indian and Sri Lankan tea, up until the Tisanes (herb tea). To prepare all those varieties at home ready may seem overwhelming. Which is why there are many cafes and restaurants that serve good tea, also with good atmosphere, where people not only will be able to taste the signature drinks, but also to have relaxing quality time with friends, or even alone.

For people who would like to learn about everything related to tea and its history and tradition, It is actually easy to find places which offer a tea ceremony service. Not only tea clubs, several museums in Russia also offer that kind of service. In a tea ceremony, there is a tea master whose job is to explain everything and answer questions that were asked by the guests. Not only getting lecture about tea, the guests are also able to have the chance to experience the indulging atmosphere while sipping the tea in accordance with what the tradition entailed.

Become A Habit for Every Russian

Tea-drinking was only a tradition that now has already become a habit of every Russian. It can as well show the hospitality and a well-being of a household. Having tea ready every time at a short notice is valued highly in Russia. So, that’s why every Russian family always have tea and all its drinkware ready. Not only that, tea habit in Russia is also able to show whether the relationship in a family is in a good shape or not. If a family stops having a tea-time together, most likely there is something wrong with them. This shows that tea is not an ordinary drink in Russia, it has so much more meaning, especially important social meaning, rather than only being a healthy beverage with such delicacy.

We now may conclude that tea has a special place in every Russian person’s heart. It is one of the most significant parts of Russian culture. In a personal level, tea has become such an attachment and tradition that each Russian needs to uphold. Once a person has gotten attached to something, it will not have been easy to let it all go from their day-to-day lives. So, that kind of personal attachment and every implication that may arise has answered the question on why Russian really loves to drink tea.