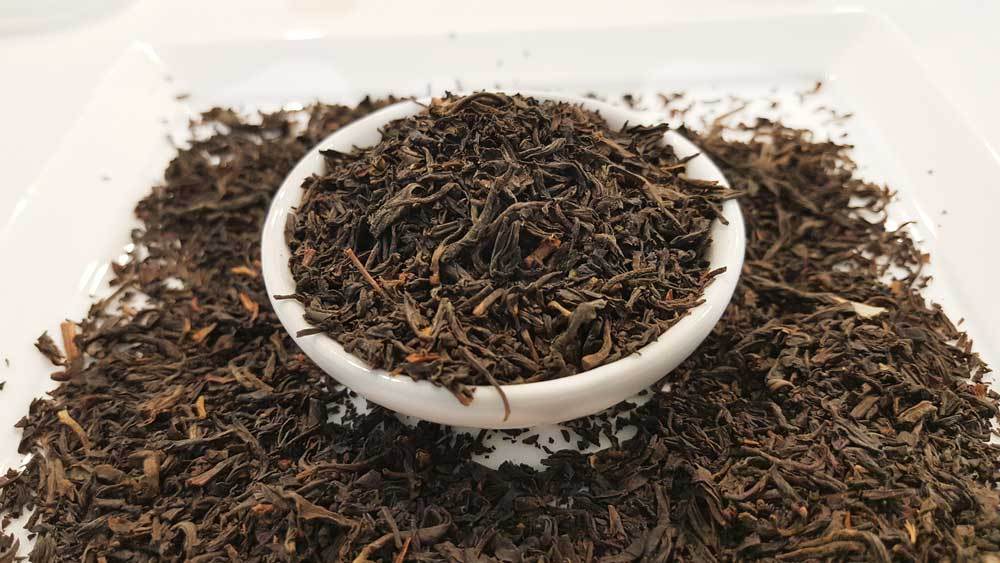 Russia is considered one of tea-loving countries. It is one of the most popular drink in Russia. In Russian culture, tea is even more epitomic than vodka, unlike what Russian stereotype often shows. Though coffee is also becoming popular through the production of several authentic brands, Russians just seriously loves tea. The people there can consume it every one another time, since it is always appropriate to drink tea in any kind of situation. Among all the tea varieties that is out there In the market, here are the 9 most favorite tea consumed in Russia:

When it comes to talking about what is the most popular tea in Russia, or maybe in the world, Black tea is surely the first thing to be considered. In general, what people are often referred as tea is actually black tea. Black tea has stronger flavor compared to the other types of tea, since it is more oxidized than the others. Aside from the bold flavor, the oxidation gives it an amber to dark brown color that is quite a one-of-a-kind.

Green tea is made without going through the oxidation and fermentation process typically used in the making of black tea. It left a pale color and slightly bitter in flavor. And because of this shortened process, most of the nutrition were still there, making green tea typically a healthier choice compared to black tea. In Russia, green tea is becoming quite a favorite. Previously, in the beginning of the century, the ratio of Russians who drink black tea compared to the ones who drink green tea is up to 30:1. However, it now has become to 10:1.

Yellow tea is a rare and relatively expensive variety of tea, which was made from high quality raw materials. It contains a large amount of vitamins, amino acids, and other healthy elements. One of yellow tea products, named Krasnodar (Краснодарский), was actually produced in Russia. Its popularity, however, has been lost in competition with cheaper teas imported from India.

Not only Indian restaurants that are famous in Russia, there are several Indian tea brands that become popular as well. The first one is Assam tea. It is actually a black tea that came from Assam, a region in India, where it was produced from a tea plant variety named Camellia sinensis var. assamica. It is known to be strong and malty, with a vibrant dark reddish brown color. Its similarity to English Breakfast or Irish Breakfast Tea makes it a morning tea to be enjoyed alongside breakfast dish. If one does not consider the light malt aftertaste important, they may try to serve it with milk, sugar, or lemon, as it goes well together.

Another Indian tea that is was named after the region where it came from is this tea, that was produced in Darjeeling, West Bengal, India. Although it was traditionally made as black tea, other varieties are becoming popular, such as Darjeeling oolong, Green, and white tea. It is considered a light drink, with a nutmeg, slightly tart and sour taste , also a floral aroma. Being a high quality tea, it is referred as “Champagne  of Teas”.

This Sri Lankan tea, which was named after the region where it came from, that is Ceylon Island, has various flavors depends on the territory where it was being grown. Several factors that came from the nature, such as climate, soil, and precipitation might result in different taste of the tea. Although the classic flavor of Ceylon is known to be bold and full, with a hint of citrus, chocolate, or spice in it. It is, without a doubt, one of the most favorite teas consumed in Russia. The fact is, this type of tea is a favorite for not only Russians, but also for other CIS countries. They buy about 50 thousand tons of tea products from Ceylon every year.

Keemun tea is another variety of black tea, which was originated from China. It is famous for its aromatic fragrance, with a slight taste of wine, fruit, and, and the vibrant red color it produces while it is being brewed. Being considered as evening teas,  it is sometimes consumed alongside snacks, and can both be served warm or even cold. It is one of the tea varieties that goes well with sugar, lemon, and milk.

History explains that this tea is actually an accidental discovery. Several camel caravans that were loaded with tea to be exported from China to Russia back in the late 1600s, were just stopping by a place around campfires for a rest. The teas then acquired the woody smoke, and by the time it arrived in Russia, it tasted smoky and strong – the combination of taste that suited the Russians. However, over the years, beside using the smoky tea, Russian Caravan has been using the blend of Keemun Black Tea and Oolong Tea which was still resulted in a tea that has strong and smoky taste.

Herb tea is technically not a tea, since it is actually an infusion made from a plant other than true tea plant. This tea is caffeine free and It is not only drunk for enjoyment, but it can also be consumed for medicinal purposes. There are many plants that are typically used in the making of Tisanes, such as mint, lemongrass, rose, chamomile, ginger, and cinnamon. Aside from those, fruits such as berries, and spices such as cardamom and fennel are also used for making Tisanes.

For heavy tea-drinkers like Russians, it may seem like any kind of tea will surely be easy to be popular. However, those 9 most favorite teas consumed in Russia were the most common ones.