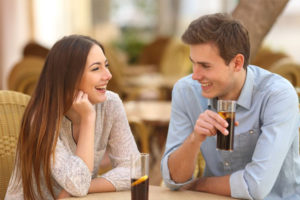 Maybe after visiting Russia, you’ve been charmed by a Russian man or woman. Or perhaps, you’ve realized the charming appearance of Russian boys and Russian girls. Before diving in to the relationship, there are things you must know about dating rules in Russia. Dating scenes can differ depending on the culture of the country. That’s why, to avoid any mistakes and awkwardness, it is important to learn the general rules of romance first.

Below are the 6 things you must know about dating rules in Russia:

Polite, gentlemanly men are still the norm in Russian dating culture. From things such as opening the doors to carrying heavy things for them, chivalry is very much alive in Russia. It is also the cultural norm for men to pay the bills in Russia, so do not be surprised if they expect you to pay (if you’re a man) or is insistent to pay for the meal (if you’re a woman). This might not sit well in other cultures where women wants to be independent and split the bill equally. However, this is the common etiquette when dating in Russia.

When visiting someone’s home, it is a must to come with a gift at hand. Because Russians treat their guests with extreme hospitality, guests are expected to bring something, regardless of the value. What matters is that they bring something at all. The same goes for the romantic relationships. Men are expected to lavish women with gifts to show his affection towards her. Russian women believes that if their men didn’t bring them any gifts, it simply means that the man has no more interest in the woman. Also, flowers are also essential on dates, but pick your flowers carefully! (read up Flower Gifting Etiquette in Russia)

To plan and surprise the women are the task for men in relationships. Such is the rules for dating in Russia. Men are expected to lead and protect their women. As such, women in Russia waits for their boyfriends’ suggestions instead of making the first move. While men prepare and plan for the best date, women are expected to prepare for their date by dolling themselves up. They will make sure they look their best, so do not be shy to give them compliments. They worked for it and will be happy to receive praises. Not just women, men are expected to dress up for their date as well. Men will often wear jacket and trousers while women wear their beautiful dresses. This is so they match each other in physical attractiveness and neither is underdressed.

In other countries, there are several topics people avoid when on dates, such as: politics, religion, gender, and the like. People also tend to avoid sharing personal topics or matters on early dates. Surprisingly, this isn’t the case in Russia. There aren’t much rules when it comes to communication. Russians are much more emotional than rational when speaking, so expect sincerity in their words. Communication is key in relationships and feelings are conveyed through it. As such, how open Russians are when communicating might surprise foreigners.

If you’re expecting a one-night-stand out of Russians, then don’t bother. Russian ladies especially, just aren’t the type to agree to bed invitations on first dates. It is buried in their mindset that women are to become wives and mothers. As such, they take their time with potential husbands and cultivating relationships, not hook-ups. On the other hand, there are no restrictions to how fast or slow a relationship can move forward. People can step up to the wedding venue after just several years of dating, or even stay dating for so many years. Russians are emotional and impatient, so it is no surprise for couples to decide for marriage after just a few years of dating.

When it comes to dating, the roles for men and women are quite traditional. As read above, men are expected to be chivalrous, to take the lead, and to treat their lady with gifts and affection. That’s why, it’s no surprise that men are expected to make the first move and take initiative. Whether it is to start a relationship or to take things to the next level, men are to decide and women are to follow suit. Women will drop hints that they like you, but they won’t say it outright, so men will have to take action.

Those are the 6 things you must know about dating rules in Russia. Traditional roles are still prevalent in modern Russia as Russian women take pride in taking care of the family and men show their strength as the head of the family. So it is important to keep this in mind when dating a Russian. Although there are special cases, there are the general rules to be remembered.