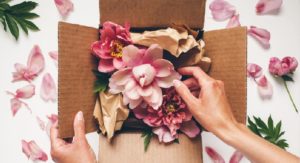 Flower is the universal language of love. While Russian culture of gifting might seem to be pretty similar with other western countries by now, you might have noticed how highly Russians think of other people and the heartwarming affections they treat each other. There are some unique traditions when it comes to gift and flower gifting etiquette in Russia. In fact, the custom of gift and flower gifting etiquette has taken roots in Russian tradition for generations and become symbolic.

1. How many flowers should I get?

First on the list, is to send the appropriate amount of flowers depending on the occasion. This rule is certainly not one to be missed and underestimated. Flower arrangement with even numbers of flowers are considered appropriate for funeral or memorial services to honour the dead. Thus, even numbers of flowers are seen as a symbol of grief as well as farewell. On the other hand, any odd number is seen as a symbol of happy occasion. So keep in mind that for happy occasions, a bouquet should come in odd numbers of flowers; 1, 3, 5, 7 and the list goes on. The interesting thing is, even all these numbers represent different meaning. For example, 1 may say “you are the only one I have” and 5 tells the receiver “I love you”.

Now that you know the appropriate amount of flowers to give, the second task would be the colour of flower you will bestow your loved ones. Pay attention to whom you are sending the flowers to. If you are sending flowers to younger women, it will be wise to pick pink or blue flowers. Also, it is not advised to present red roses to young women who are not married yet. This is because the flower gifting etiquette in Russia considers red a colour of passion, fire, and desire. While for middle-aged ladies and elderly, you can bestow bright red flowers.

However, there is this one flower gifting etiquette you have to avoid if you wish to convey your romantic feeling.  Do not present yellow flowers to your romantic interest. Yellow is associated with unfaithfulness. It is also believed that giving your lover a bouquet of yellow flower will lead to fight and break-up. Surely you do not want that to happen to you, do you? Find out more interesting facts about Russian women and be the perfect gentleman.

3. Eenie, Meenie, Miney, Mo, What Flowers Should I Get?

Now we have arrived at the third question: what kind of flower should you get? Although it is practically proper to include any kind of flower in the arrangements, some flowers are more popular, especially as gifts for girls. Roses are probably the most popular amongst others. Red and white roses are especially in high demand. Roses are usually given to express romantic intention to date a Russian girl.

Do you want to convey something more affectionate and special instead? Carnations would be the right choice. Despite this kind of flower is often used as a gift during holiday seasons, carnations are also highly favoured by adult ladies. So, if the flowers are meant to convey special message to a more grown up woman, carnations can be a better choice than roses.

Speaking of lily, here is a heads up. Do not bring calla lily as a wedding present. Despite being elegant, calla lily is believed to be a symbol of death in Russian flower etiquette. In terms of marriage, calla lily is said to symbolise that the couple will soon divorce. Surely you do not want to be the one to cause bad news. There are of course, more to find out about the unique Russian Wedding tradition.

Always the one to pay great attention to details, there is also a rule in Russian tradition when you are about to give the flower in person.  Hand out the flowers with your left hand and keep your right hand unoccupied for greeting. Also, if you are bringing the flowers to a party or celebratory events of any kind, leave the flowers where the party is held. Do not bring it around to the kitchen or other room in the house.

5. Just the Perfect Occasion for Some Pretty Bits

Seeing how paramount and popular flowers are in Russian tradition, it is no surprise that some holidays are associated and celebrated with flowers. While Valentine’s Day is more widely celebrated in other parts of the globe, the International Woman’s Day is a much bigger deal in Russia. The occasion has been merrily celebrated and recognised as a public holiday since 1918, parallel to Men’s day. Men usually make extra effort on Women’s Day by buying and gifting flowers to their beloved ladies. The most common flowers are bright coloured tulips and mimosas because they indicate that spring time is near. Flowers are always in high demand during this time of the year that men usually order flowers in advance for their loved ones.

Another occasion where flowers become a special part of is the Knowledge Day, which signifies the first day of a new school year. Thousands of brilliantly coloured and arranged bouquets can be seen in the hands of returning students. These bouquets are later given to the teachers to commemorate their devotions.