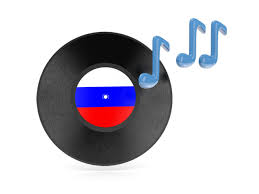 However, has it ever crossed your mind about the facts behind the success of the music industry in your country?

Facts that will tell how music in a country begins. Or maybe the fact about the musical journey to become popular as it is today.

In this article, I will discuss 5 surprising facts of the music industry in Russia.

Melodiya is a large and state-owned record company, the Soviet Union. Therefore, Melodiya tightly controlled by the state government at the time. Melodiya have a duty to ensure that only record songs and artists who declared a “safe” one who can release and promote their music. Melodiya was founded in 1964. This record company became a recording studio and music distribution center in Russia at that time.

In 1973, Melodiya released around 1200 LP records with a total circulation of 190 to 200 million per year. Melodiya has also released 1 million compact cassettes annually and has exported the recordings to more than 70 countries in the world. There have been many artists who are on the Melodiya record label, for example singer Eduard Khil.

In the past, most of the activities in the music industry held full control by the Russian government at the time. All activities, including music concerts, are supervised by the government because of the influence of communism. Only artists, bands, groups and singers who are in official record label agencies are allowed to hold concerts. Artists, singers, bands, groups or musicians who are not on official government-owned record labels usually do concerts privately. These groups fall into the underground category.

FM radio broadcast did not exist in Russia. There are many rock musicians who are forbidden to do tours and concerts. But the culture of the music industry in Russia began to change when towards the end of the 80s.

In April 1990, the first private radio station in Russia broadcasting. The radio station is called Europa Plus. When the Soviet Union had collapsed in late 1991, the music industry which is managed by the state, leaving only vinyl pressing factory.

As has been little discussed in the previous fact, the artists, groups, bands and musicians who are not in the government’s official recording agency will enter the underground category. All people involved in the music industry in this category are very restricted in promoting the music they have.

When they want to hold a concert or just sing on stage, they have to do it in secret. They will do the concert in a private apartment, club or other undisclosed location.

Even when they want to record a demo album or something like that, they have to do self-recording. There are a lot of artists, groups, bands and musicians who already have some demo album before their names officially debut. They tend to be better known only to certain music groups. Usually, according to the genre of songs from their fans.

Despite all the government intervention to the music industry in Russia, there were also some controversies. One of this controversy is the Pussy Riot controversy.

Pussy Riot is a female punk rock group from Moscow, Russia. This group has a lyrical theme that include LGBT, feminism and also opposition to Russian President Vladimir Putin. This group also includes the theme of the Putin relationship with the leadership of the Russian Orthodox Church. The controversy in Pussy Riot included making songs containing criticism of President Putin and also the problem of hooliganism. As a result of this hooliganism controversy, three members of Pussy Riot were arrested. The three members of Pussy Riot received a punishment of two years in prison each.

Other controversies arise from group t.A.T.u. This group caused controversy because in the video clips they recorded showed scenes of both members kissing in the rain behind the fence. Video clips that have been accused of promoting homosexuality.

People in Russia really like song contests. This was seen when the Soviet Union launched Intervision in 1977. Intervision was a competition that was broadcast throughout the block. The program was broadcast with the intention of competing with the Eurovision show. In this Intervision show, something amazing happened to the participant scoring system. The scoring system of this show is that if the audience likes the song being sung, then the audience must turn on all the lights. But, if you do not like or hate the song is sung, the audience must turn off all the lights.

Participants who won the first position in the Intervision show were Helena Vondráčková. Determination of his win caused the biggest electricity surge ever. Amazing, right?