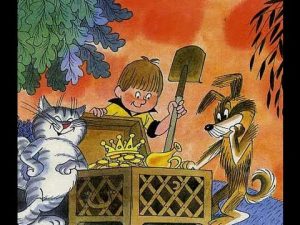 There are several things that can bring back childhood memories. Ice cream, toys from the past, theme parks, and childhood TV shows. For some, cartoons warm the heart for being a reminder of the more innocent times. This also applies to some of the Russian people.

The Soviet era surprisingly is when animated movies thrived well. Post-soviet animations, especially the recent titles such as Masha and The Bear may take over the world and captivate a lot of audiences. But vintage cartoons remains to have a special place in viewers’ hearts. Indeed, no modern titles can replace the nostalgic feeling these cartoons can invoke.

The Soviet era has cartoons that are timeless it is still relevant to watch them until today. Titles include Nu Pagodi!, Vinnie Punkh, and Cheburashka regularly entertained soviet kids during the 60s to 80s. It can be said that they are TV classics. For big screen movies, there are Little Hedgehog in the Fog (1975), The Snow Queen (1969), and Tale of Tales (1979) among others.

Check out the more in-depth look of each title:

Translated as Just You Wait!, Nu, Pagodi! Is the Russian answer to the western Tom and Jerry. Like the later, this cartoon is inspired by the natural clash between two animals. The mains character is Wolf (Волк), who always attempt to catch the Hare (Заяц). A bitter feud displayed with such humor, that’s Nu, Pagodi. The show is named such because Wolf signature lines are “Well, hare, Just you wait!”, which he said often especially at the end of the episode.

After Tom and Jerry, the cartoon Winnie the Pooh also got its Russian version. Christopher Robin story is adapted in a Russian version that is totally different from its American counterpart. Vinni is a masculine and strong Russian Bear instead of cute yellow Winnie. Friends are the same though, there are a piglet, Eeyore, tiger, and the owl.

The show first aired on TV in 1969. For many years the show entertained soviet children. No wonder, some Russian will remember this cartoon in a nostalgic memory.

Soviet children books by Eduard Uspensky is made to a TV show called Cheburashka. The first episode Gena the Crocodile of the stop motion is produced in 1969. Cheburashka is described as an unknown character, portrayed with a little body, big face, and has ears like a monkey. One thing sure though, he’s cute and children like it.

After the first episode, Cheburashka is made into several other episodes. Namely Cheburashka (1971), Shapoklyak (1974), and Cheburashka Goes to School (1983). The latest episode was made and playen in Japan in 2009 and it went popular there.

Due to its popularity, Cheburashka is made into stuffed toys for children to play. People who grew up in soviet era would fondly remember Cheburashka as a little cute friend they grew up with.

4. Little Hedgehog in the Fog

This short animation was created in 1975 by Yuri Norstein. It tells about a journey of a little hedgehog. He was drawn into the fog by a disappearing white horse. Intrigued, he explores the mysterious fog and encounters more interesting stuff inside. You can follow his adventure by watching this animated short movie on YouTube.

Little Hedgehog in the Fog won numerous animation awards including Frunze “best-animated film” at All-Union Film Festival
1975 and Tehran Children’s and Youth Film Festival in 1976. It is also voted by as the best-animated movie of all time by 140 animators from around the world at the 2003 Laputa Animation Festival.

Hayao Miyazaki, the founder of Ghibli Studio, also personally referred this short as his favorite. In the 2004 Winter Olympics, Russia mentioned this animated movie in its list of Russian achievement.

The first full-length high quality animated movies produced during The Soviet era was The Snow Queen (1957) by Lev Atamanov. It is based on Hans Christian Andersen’s story by the same name. Although the story is simplified and modified at some degree. It follows the adventure of Gerda and Kay in their battle against the evil Snow Queen.

The Snow Queen marks the start of many animation movies produced afterward. As similar to Little Hedgehog in the Fog, this one is also a favorite of Hayao Miyazaki. The snow queen also popular worldwide, being broadcasted regularly in the USA as a Christmas movie. Today’s adults grew up in this era will remember it as a beautiful movie the watched as a child.

When a six-year-old boy found a talking cat, he decided to keep him. However, his parents didn’t allow the cat in the house. The boy is upset and he decided to run away from his house and his parent with the cat. Then they met a dog along the way and set a house in the countryside. The story of this 1978 animated film is an entertaining watch for children in that era.

Wings, Legs, and Tails features a lizard, a vulture, and an ostrich. All strange looking. This cartoon is funny and adorable to watch. It’s a comedy that will send the audience for a giggle or even a laugh. These three animals debated among themselves which body part is the best. Is it wings, legs, or tail?

Other than those titles above, the Soviet era also offers so many others. Namely,  Tale of Tales (1979),  The Night Before Christmas (1951),  The Twelve Months (1956), The Snow Maiden (1952), and many others. You can also check today’s animation that goes worldwide success.

Regular, non-animated Russian movies also worth to watch. Especially if you want to improve your Russian language skill. These are the best movie for 2018  and Russian movies that you can watch on Netflix. Happy watching!