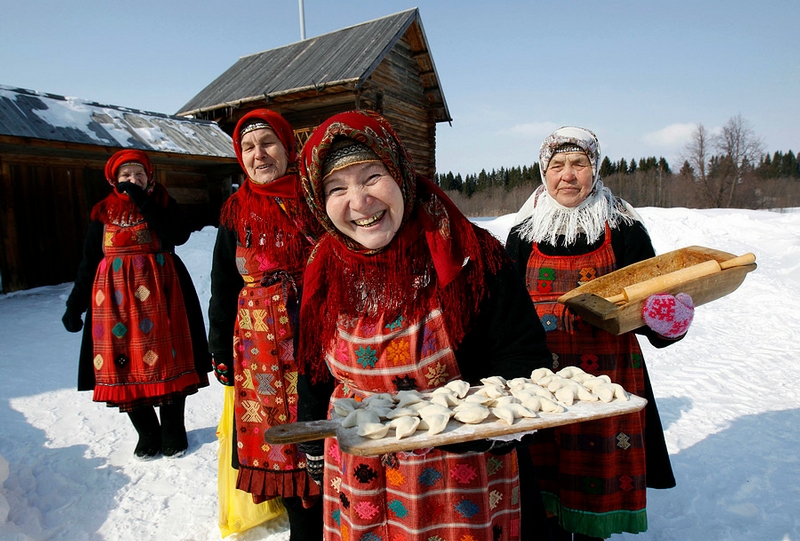 We all know that the world is becoming a better place to live in. Almost every country in all around the world has taken further step to enhance their life expectancy, education, gender equality, and financial wealth. But, what is exactly the best country to live in? We should agree that beyond the important ideas of broad access to food and other necessities, to quality education and major health care, to employment that helps country contain its citizens, there other qualities of life that include intangibles such as security, political stability, freedom as per individu, and last but not least, environmental quality. So, the wealth of one’s nation is not necessarily the most important factor in assessing a life lived well and does not necessarily help determine its success as a modern nation.

Reasons Why You Must Live in Russia

Even though Russia becomes influenced by economic crises from time to time and scares away those who come to Russia to make quick money or build a career, the less materialistic foreigners still feel a strong interest in this country. They still find Russia so appealing. So, here are 7 reasons why you must live in Russia instead of other countries.

Throwing back to a few years ago, Russia is among the 10 least tolerant countries in the world; intolerant to freedom of speech and religion, intolerant to social tolerance, et cetera. However, today, the negativity towards foreigners in Russia has reached an all-time low. They would no longer like to restrict one or more nationalities from their country. Tolerance is now not just a political correctness stunt, but also the way of world perception. They are all aware that people of different cultures and nationalities have been making a great contribution to their development. Thus, Russian people will gladly accept new members into their multinational family.

It is not difficult to get to a destination on your own in Russia. All you need to do is to plan your route just like during a journey to any unfamiliar places. It is because Russia has good public transport systems such as bus, trolleybus, private fixed-route taxi, and tram. Even the bigger cities like Moscow and St. Petersburg in Russia have excellent metro systems. In addition, public transportation in Russia is particularly cheap and easy to use, though in most cases you will need to be able to decipher some Cyrillic.

Shop assistants and waiters in Russia tend to be at least as, if not more, courteous than those in other countries. They deliver great service and consistently achieve high traveler’s reviews. Tip may be expected, but they do not necessarily demand for it. Good service is not taken completely out of context even if you do not tip them. Now with the acknowledgement of bringing a better service, I am excited to reveal the cities or other destinations in Russia where travelers are most likely to encounter excellent qualities.

4. Chivalry is Pretty Much Alive

One of the most fascinating things about this point is the mentality in Russian culture. In Russia, society has completely different views of women, men, and their roles. The best way not to misunderstand those ideas as sexist is to explore those nuances through firsthand experience when you get to live in Russia. To sum it up, there should never be an excuse for a man not to make an effort, and for a woman not to ask for it. You will find Russian men more mature, more chivalrous, and manlier than other nationalities. As for Russian women, fret not, they will not be labeled as the weaker sex, but, instead the prettier sex that should be protected at all cost. So, it is totally safe to live in Russia, especially for women.

5. A Place for the Freedoms Seekers

Getting almost any drug or medicine is a simple matter of going down to the pharmacy and checking up if they have it in stock; if not, they can casually order it. While you need doctor’s prescriptions for some of the most elementary drugs in other countries, in Russia that is the exception, not the rule. They are also typically generic and cost much less.

Another point is that Russia is one of the world’s great pirate havens, because there is no internet provider that would send you angry cease and letters for torrenting movies. It is also no surprise that the world’s largest depositories of pirated books and scientific papers are Russian enterprises. The only thing that most Russian people do not massively pirate is video games.

Thus, Russia could be a heaven for the intelligent and far-sighted people who have had enough of being slowly but steadily constrained by more and more laws and regulations.

In Russia, everyone had long since switched to mobile apps to do their jobs, even the smallest ones. In Moscow, even aged grandmothers have been collecting rent money through mobile apps for many years. Also, the Russian Metro has already had free Wi-Fi for several years, which is now in the last stages of becoming integrated into the wider Russian transport systems, including buses and trams. This is hugely convenient, since many commuters spend around an hour traveling in the Metro on regular basis.

The number of crime rate in Russia has decreased from time to time and it is quite a miracle. The widespread robbery that had been taken place inside the community, the killings, taking hostages, rape or sex without consent, and modern terrorism are no longer a prime concern for Russian citizens. Russian society now has a strong informal social control and a generally accepted normative system, a strict network of social responsibilities, and a cultural orientation that suppresses aggression. Thus, Russia is a safe country to live in.

Certainly, amidst all those 7 reasons why you must live in Russia mentioned above, a life in Russia also has its drawbacks. However, perfect countries never did exist and Russia is, at least, close to perfect.