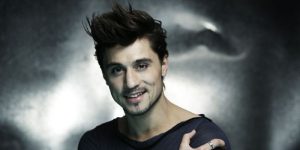 Hi ladies, if I mention a handsome and stunning male singer, who are you thinking about? What is the name that immediately comes to mind? You will definitely mention many male singer names, right?

Then what about Russian male singers? Do you know who they are?

If your answer is no, you don’t know who they are, let’s get to know a little about the profile of 6 most handsome and stunning Russian male singers.

Just like a female singer, male singers also have certain factors in order to have many fans. The factor to look attractive in the eyes of fans is usually because the male singer has a handsome face and also his appearance is amazing when singing on stage.

A male singer does usually have a lot of female fans. Although still for some genres of songs, a male singer has more male fans. Rock song, for example.

Dima Bilan has a real name Viktor Nikolayevich Belan. The singer from Ust-Dzheguta, Karachay – Cherkessia, Russia was born on December 24, 1981. The genre of the song performed by Dima Bilan is pop, soul, R & B. Apart from being a singer, he is also known as a Russian songwriter of Karachay descent and an actor.

Dima Bilan name widely known after his performance at Eurovision by singing the song “Never Let You Go” in 2006. Because of the song, he won second place for Russia. Then later Dima Bilan won in 2008 with the song “Believe”.

Dima Bilan has several songs which are number one in Russia. Even because he has similarities with a singer from Spain, he also gets the title “Russian Iglesias”.

Sergey Lazarev has the real name Sergey Vyacheslavovich Lazarev. He was born on April 1, 1983. The genre of songs sung by Sergey Lazarev is pop songs. Besides being a singer, he also worked as a dancer and also a Russian actor.

Sergey Lazarev started his career in acting and singing before the age of 10 years. He sang at the Lokteus Children Choir. Sergey Lazarev received his first award at the age of 14. He also won several children’s song contests, which made him a member of a group of children named Neposedi.

Name Sergey Lazarev began widely known and are becoming increasingly well-known when he became a member of a group called “Smash !!”. However, the group “Smash !!” disbanded in 2006. After that he worked as a solo singer. This year he will represent Russia at the Eurovision Song Contest 2019 in Israel.

Alexey Vorobyov became famous after he appeared on The X Factor Russia in 2005, when he was 17 years old. In the same year, Alexey Vorobyov went to Moscow to take part in a competition on TV and won 3rd place. Then he moved to Moscow. In 2006, Alexey Vorobyov signed a contract with Universal Music Russia. Alexey Vorobyov also represented Russia for the 2011 Eurovision Song Contest in Germany.

Vitas is very well known in Russia because he has a unique falsetto and has a vocal range of almost five octaves. He showed this ability when he performed the song “Turkey Call” in “The 7th Element”. The music video for “The 7th Element” is often displayed in various social networks and gained worldwide recognition.

In his performance on stage, Vitas designed his own costume. Vitas gained fame through Russian television, until in 2005 his career was able to penetrate the Asian market.

Stas Piekha has real name Stanislav Piatrasovich Piekha. He was born on August 13, 1980. The genre of songs sung by Stas Piekha is traditional pop and pop. In addition to a career as a singer, Stas Piekha is also a popular actor in Russia.

Stas Piekha competed in the Russian Star Factory singing season four. This competition as well as on American Idol. Stas Piekha be one of the three finalists were selected to win a recording contract. This victory makes Stas Piekha released his debut album entitled “One Star” (Одна звезда).

In May 2011, Stas Piekha became one of four judges on the Ukraine Voice television program.

Pyotr Yurievich Dranga, or better known as Pyotr Dranga, was a singer born in 1984. He was also an accordionist and introduced the accordion to the stage in Russia. Pyotr Dranga creates a new genre that revives the strains of instruments that have long been forgotten. After his first appearance using an accordion, the style of pop music grew rapidly. It made him have a lot of fans.