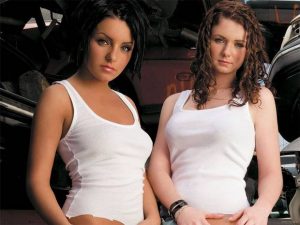 Do you like pop music? I think there are a lot of people who like the pop music genre around the world.

Among all types of pop music, which one do you prefer? Then, do you prefer groups, bands or solo singers? Everyone certainly has their choice. Of course, there are also those who like pop singers from their own country, right?

There are many people who might not be familiar with pop singer from Russia. If you don’t know it yet, let’s look at a list of 6 best Russian pop group music that you need to know.

Pop genre is indeed a very popular music genre. Especially for young people. Everyone has at least one pop song that become their favorite. The pop song itself is also considered to be a modern song that has a large number of fans spread throughout the world.

Pop songs also have many types. Every country has its own pop music characteristics. Characteristics that make people know where the pop song came from. For example, KPOP, JPOP, dance-pop, folk pop, indie pop and many more. Then what about Russian pop?

In this article, I will discuss about the 6 best Russian pop groups that you need to know.

t.A.T.u. is a female pop group consisting of two people. Members of the t.A.T.u. group are Lena Katina and Julia Volkova. This female music duo from Moscow, Russia was formed in 1999. Member of the female pop group t.A.T.u. was member who had been part of a children’s music group called Neposedy. The genre of music that is on t.A.T.u.’s songs is pop, Europop, pop rock and electronics.

t.A.T.u. debut album released in 2001 titled 200 Po Vstrechnoy bring great success for the group. Thanks to the album, t.A.T.u. was able to release an English version of the album entitled 200 km / h in the Wrong Lane. The album was released in 2002 by record label Interscope Records. The album sold one million copies in Europe and became the incoming foreign artist album ranked number one in Japan.

However, behind all the success that has been obtained by t.A.T.u., this group officially parted ways in 2011. They only reunited to appear on special occasions.

A-Studio or also called a’studio is a pop music group formed in 1982. This group was formed in Almaty. From the name of the place where this group was formed, the name of this group begins. At first the group was called Alma-Ata Studio which later became A-Studio. A-Studio is a Kazakh pop group based in Russia. Music genres that are on A-Studio’s songs are pop, rock, Russian pop, new wave, soft rock, R & B and funk.

A-Studio’s song “Julia” (Джулия) was able to attract the attention of Russian singers Philipp Kirkorov and Alla Pugacheva in 1989. Because of this, A-Studio was invited to the annual “Christmas Meeting” in 1990. A-Studio was introduced as the best band in the Soviet Union.

Since their debut, A-Studio has successfully released 14 albums which include 10 studio albums, 3 live albums and 1 compilation album.

Uma2rman a Russian pop rock band that formed in 2003. The group originally had members who were two brothers, they are Sergei and Vladimir Kristovsky. But over time, the group began to add other members. The Uma2rman group has a pop rock music genre for their songs.

Uma2rman released their first album in 2004 entitled “V Gorode N”. Uma2rman was able to be nominated for the Best Russian Group in the 2004 MTV Europe Music Award, even though they had not yet won their victory. Uma2rman Group also contributed to the soundtrack of romance movie called “Female Passenger” (Passazhirka) which was released in 2009.

Kombinaciya is a female pop band from Russia. Kombinaciya group formed in 1988 in Seratov, Russia. The name of this group means “combination”. The music genre of songs owned by Kombinaciya is Russian pop.

The popularity of the combination was at its peak between 1989 and 1993. Kombinaciya has several hit songs that became famous, including “Russian Girls”, “American Boy”, “Accountant” (Бухгалтер), and “Two Slices of Sausage” (Два кусочека колбаски )

Kombinaciya’s song was released in 1990 titled “American Boy” became so popular in the Soviet Union. The song tells the story of a Russian girl who feels unhappy then hopes that an American boy will take her away with him.

Vintage is a Russian pop group formed in 2006. Music genres that exist in Vintage’s songs are pop, electronic dance music. The group was formed by Anna Pletnyova and Alexey Romanov. At first, the Vintage group will give their band the name “Chelsea”.

At the end of August 2017, Vintage released a music video for their single song “Good-bye”. This song can top 14 charts in Russia. Vintage held a small promotional tour in the Moscow region and in several clubs.

Since its debut, Vintage has released a total of 5 albums and 16 radio singles that 6 of them were able to top the radio charts in Russia. Vintage Group active until 2017.

Pompeya is a pop band that came from Moscow, Russia. This pop band was formed in 2006. The genre of songs that are on Pompeya’s songs are indie pop, indie rock and nu-disco.

Pompeya’s music is often described as a mix of 70s disco, a new wave in the 80s and also 90s pop rock. Pompeya self-released their debut EP titled Cheenese in 2010.