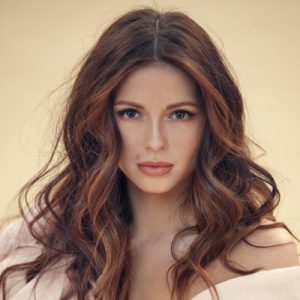 Who comes to mind if you hear beautiful and talented female singers? I think there will be many names that you mention. Everyone has their own favorite female singer, right?

Who comes to mind if you hear beautiful and talented female singers? I think there will be many names that you mention. Everyone has their own favorite female singer, right?

Do you know about Russian singers? Especially beautiful and talented Russian female singers.

If your answer is no, you don’t know it, then let’s look at a list of 6 of the most beautiful and talented Russian female singers.

Music. I believe that if almost all people around the world love the music and listen to music in their daily lives. Each country in the world has a diverse musical style.

Many others who use music as a way to learn a new language. Because it is considered a fairly easy way. Starting from the music of a country then becomes learn about the country of origin of the music.

There are also factors where a singer attracts people to like their song. Singers are required to look attractive. When someone accidentally hears a song, it is possible that the person will look for who sings it. If the singer had attracted the attention of fans so fans will find out what the figure of the singer and the country of origin.

Because of this, in this article I will discuss 6 of the most beautiful and talented Russian female singers.

Anna Semenovich is a former ice dancer in Russia. After retiring from skating, Anna Semenovich started her work as a singer. She debuted with the Blestyashchiye group. Anna Semenovich singing in this group from 2003 to 2007. But in March 2007, she left the group to choose to become a solo singer.

As a solo singer, Anna Semenovich released an album titled Слухи in 2008. Besides being a singer and former ice dancer, she also works as a model and actress.

Nyusha has the real name Anna Vladimirovna Shurochkina. She was born on August 15, 1990. She changed her name to Nyusha when she was 17 years old. Nyusha is a Russian singer and songwriter.

Nyusha first recorded in the studio at the age of 5 with a song that in English called Song of the Great Bear— original title Песенка большой медведицы (Pesenka Bolshoy Medveditsy). Nyusha has eight single songs which hold the most record number 1 in Russia. The genre of songs sung by Nyusha is pop, R & B, dance, rock. Then at age 11, she joined the group called Grizli. Grizli have done their tour in Russia and Germany.

Zemfira has the real name Zemfira Talgatovna Ramazanova. This female singer from Ufa, Bashkortostan was born on August 26, 1976. The genre of songs sung by Zemfira is pop rock, rock, alternative rock.

Zemfira has been active in music since childhood. She has started performing since 1998 and has become popular in the other former Soviet Republics and also Russia. In early 1998, Zemfira invited Rinat Akhmadiyev, Sergei Sozinov, Sergei Mirolyubov, and Vadim Solovyov to join her. They began their professional show on June 19, 1999 at the local radio station anniversary celebration festival, Slver Rain Ufa. Since its debut until now, Zemfira has sold more than 3 million records.

When she was 9 years old, she got the title “Best Russian Folk Singer in 1996” in a contest on television. Pelageya signed a contract with FeeLee Records at the age of 10. Then her family moved to Moscow.

Slava is a singer from Moscow, whose real name Anastasia Vladimirovna Slanevskaya. Slava was born on May 15, 1980. Besides being a singer, Slava is also an actress, model and also a public figure in Russia.

Slava made her career debut as an actress and model. Then she just started her career as a singer. In the spring of 2002, a television director named Sergei Kalvarsky gave her an offer to work together after waiting for her to finish singing after work at a karaoke club. The collaboration produced a music video for the song “Love and Hate”. The song became popular on the country’s music channel. Even the music video was included in several nominations at the Russian MTV RMA 2004 Music Award. During 2002 to 2003, Slava successfully held hundreds of concerts, performances at the festival.

Irina Dubtsova debuted as a singer with a group called Devochki (“[The] Girls”) with three other solo singers in 1999. But Irina Dubtsova left the group before releasing her first album. In February 2005, Irina Dubtsova released her debut solo album entitled “O nyom” ( “About Him”).

In her career as a songwriter, Irina Dubtsova write songs for other famous artists, such as Slava, Ani Lorak, Polina Gagarina, Zara and many others.