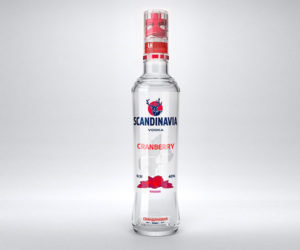 Russian people and vodka, the two things that are almost always interconnected. How often can we think about vodka without envisioning Russians and their ever-present clinking bottles? Although vodka can be made nearly anywhere, the world’s best types of vodka comes from Scandinavian countries. Slavic nations, including Russia, too are considered unrivaled in their vodka production. However, it’s important to note that Scandinavians and the Slavs had an intermingled history together. Let’s learn some of the most interesting things you should know about Scandinavian vodka.

Like the Old Russian Cuisine as Part of Their Culture, here are 9 interesting things you should know about Scandinavian vodka.

1. Where Did Vodka Originally Come From?

Vodka’s origin is quite unclear as both Poland and Russia claim to have invented it. According to Soviet historians, Kremlin monks first produced vodka in the 15th century. Meanwhile, Poland asserts that they had distilled vodka from as early as the 8th century, although those beverages are better considered as crude brandy. It was only in the 11th century did Polish vodka appeared, known as gorzalka and used for medicine. For a more detailed explanation, check out Facts about Russian Vodka That You Should know.

2. The Namesake of Vodka

Vodka comes from the Russian word “voda”, meaning water. This is fitting when considering that pretty much half of vodka’s composition is water. It is said that this term was suggested by a famous Russian chemist called Dmitri Ivanovich Mendeleev, who also formulated the Periodic Law. Before Mendeleev coined the name vodka, people simply called them “grain wine”.

Surprising or not, the European countries are divided into 3 regions based on alcohol consumption and preferences. Those are the Beer Belt, Wine Belt and the Vodka Belt. The Vodka Belt, sometimes also known as “spirit-drinking” countries, include countries that are significant consumers and producers of vodka. These are the Scandinavian countries (Finland, Sweden, Norway) and some Slavs like Russia, Poland, Belarus and Ukraine, as well as the Baltic states. These countries produce almost 70% of EU’s vodka.

Despite tasting cleaner than other spirits, vodka is no healthier as there are 100 calories in a shot of vodka. Interestingly, vodka has low levels of carbs and sugar. But that doesn’t mean that your beloved vodka cocktail contains no sweet and sugary substances!

5. You Should Keep Your Scandinavian Vodka in the Freezer

You may be aware that low temperatures can subdue the volatile substances of vodka drinks, affecting its taste. However, storing your vodka in a freezer for  brief periods of time can actually improve its quality and taste! This thickens the spirit into a more creamy and delicate beverage.

Back in the days, vodka was mainly used for medicinal purposes. It was sold as cure and treatment for various problems, including even infertility. Today, vodka is most commonly consumed for drinking purposes, but some still use them as medicine. For instance, it’s effective for soothing a jellyfish wound by disinfecting and subduing the pain. It’s also used as disinfectant in treating a toothache.

Yes, that’s right. Vodka can be used to treat poison ivy’s itchy effects. Highly concentrated vodka can wash away the urushiol marks due to contact with the poisonous leaves with surprising effectiveness. So the next time you go outdoors, bringing a small container 1oo proof vodka may be useful indeed!

Believe it or not, a lot of Russian people ascribe an almost supernatural qualities to vodka. Parents would use cotton pads and vodka in an attempt to bring down their children’s fever. This would also be done in order to ease earaches. Other than that, adults themselves would use vodka and pepper to cure cold, while vodka and salt is the combination for stomach pain. Even more so, some nuclear scientists even consume vodka to avoid radiation poisoning!

9. Russians Really Love Their Vodka (Even More Than You Think)

We are all familiar with the stereotype of Russian people carrying a bottle of vodka everywhere they go. But it turns out this alcoholic beverage is more ingrained into their culture than we realize. Do you know that there’s a minimum price for vodka and Siberian teachers had once been paid in vodka? Most impressive of all was how Moscow citizens literally drank the city’s vodka reserve dry upon Nazi Germany’s surrender. You can find out more about just how much a Russian loves vodka by reading these Interesting Facts About Russians’ Love For Vodka.

Well, those are some interesting things you should know about Scandinavian vodka. Now that you’ve read them, you sure have a greater understanding about the history and properties of vodka. The next time you have some vodka, you know you’re not just drinking without knowledge. You can even casually mention some of these facts and impress your friends. While you’re at it, why don’t you consider coming to Russia and read about the Best Time to Visit Russia? After all, it is the country where vodka prevails. Don’t forget to know these smart Tips to Do Cheap Travelling to Russia.