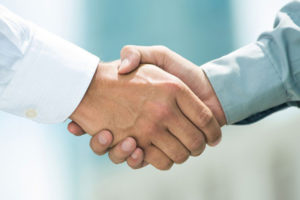 You might be interested in learning more about the Russian culture (especially after reading about flower gifting etiquette and dining etiquette). When visiting Russia or interacting with Russians, pay attention to these most hated things for Russian people.

By avoiding these things, you can save yourself from a sour relationship or an awkward moment.

Here are the 6 most hated things for Russian people:

It is not that Russians never smile, it is simply that Russians do not smile at strangers. They believe that a smile should be genuine, not something done out of courtesy. As such, these smiles are reserved for their friends and family. With this knowledge though, you will know that when a Russian laughs or smiles at you, it is a real genuine thing coming from their feelings.

The most common stereotype when it comes to Russians. Foreigners often think that all Russians Love Vodka, without any exception at all.  However, this isn’t true. Just like every other countries, Russians have their own preferences in alcoholic drinks. Beers and wine are quite popular among Russians as well, not just vodka. Hell, some Russians don’t even drink!

Yes, winters in Russia is extremely cold. However, in other seasons, the weather can be really warm and sunny. Russia also have varying temperatures depending on the region. On warmer areas like the Black Sea near Sochi in the south-west (Krasnodarsky region), it is rarely below freezing point. So no, depending on the regions and season, it is not always cold in Russia.

A funny stereotype that couldn’t be more untrue. Russians are just like every other people in the world, keeping traditional pets like cats and dogs instead of bears. Those with bears as pets are just a select few of people, a tad bit special than the rest.

2. Asking about someone’s age and salary

This is something that is commonly avoided in other countries as well. Age and salaries are private topics that not everyone wants to discuss, whether publicly or not. Asking a woman about their age is considered rude, especially if you’re male. Meanwhile, telling people about your salary will not guarantee them doing the same. Avoid discussing these topics as much as possible so no awkwardness ensues.

Russians are by nature great hosts and extremely hospitable. They go to great lengths to make sure their guests are comfortable. They prepare great meals, beverages, anything for their guests! As such, it is also expected that the guests come with a gift. Do not worry though, it isn’t about what gift you brought. It’s about whether you brought anything at all. You can come with a chocolate, wine, flowers, or something for their children if they one. By bringing a gift, you are showing them that you appreciate their hospitality.

4. Shaking Hands with Gloves On or Through the Doorway

Shaking someone’s hand with your gloves on is just plain impolite. It doesn’t matter if it’s cold or any other reasons. Always take them off if you’re going to give a handshake. Meanwhile, shaking someone’s hand through the doorway is believed to bring bad luck. In Russian folklores, the threshold is where the “spirit of the house” lives and bridging the gap with a handshake is a bad thing. Although not all Russians are superstitious, but it is advised to be careful regardless.

5. Disrespecting the Elderly or Pregnant Woman

When you’re on the train or the bus, it is common courtesy that you let the elderly, women, or children sit take your seat instead. Many countries have the same culture, but not all of them have this. It is considered very rude to take a seat and let the said people stood. This is done to show an utmost respect and care towards them. Because of this, some people opt to not sit at all an just stand their whole journey through.

6. Joking About Their Parents or Family

Everyone loves a good humor but it is important to carefully pick what you’re joking about. There’s a plethora of jokes about others’ mothers but this sort of humor will not sit well with Russians. Family or relatives are a personal topic and joking about them may come across as an insult. Russians treat their families with utmost respect and joking about them is forbidden. Although Russian humor can be ironic, this is the one thing to keep in mind when you’re in the company of a Russian.

Those are the 6 most hated things for Russian people. By taking note of these six things, you will be able to better your interactions when visiting Russia, and even make some Russian friends. Other relationship focused articles you can read are Effective Steps How To Date a Russian Man and Effective Steps of How to Date Russian Women.