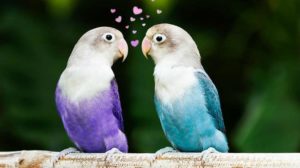 Believe it or not, Russia, the country of prevailing culture and tradition, celebrates Valentine’s day much like the rest of the world. You know that Russian people take extreme pride in their history and honors it by conserving tradition. For example, check out how Russians implement the Traditions and Customs Of Russian Easter and preserve the Wedding Tradition in Russian Orthodox Church.

This is all to show just how ingrained the Russian culture are to the people’s everyday life. But that is not to say that the Russians do not celebrate St Valentine’s day. In fact, Celebration of Valentine’s Day in Russia is greatly popular and commemorated by the majority of Russians.

Each year on the 14th of February, men and women would give out presents to express and celebrate their feelings of love. The Culture of Valentine’s Day in Russia is indeed a well-honored and respected one. They really do take the appreciation of love seriously, and are not shy in showing it. Because you are already well aware of this fact, why not get to know Valentine’s symbol in Russia? This way, you will gain an even greater understanding of what this holiday is like in Russia.

These are some of the explanations of popular symbols that can help you get to know Valentine’s symbol in Russia.

The Cupid is one the most famous symbols associated with Valentine’s day. I’ll bet even those who don’t celebrate this holiday are familiar with Cupid, the mischievous and clever little angel who shoots love arrows at people. It is said that those who are hit by Cupid’s arrow won’t die. Instead, they will fall in love with the first person they met. How romantic, right? But where does Cupid come from? Who is this little guy? Well, there are several sides to this story.

First, Roman mythology claims that Cupid is the son of Venus, or the goddess of love. It was Cupid’s mother, Venus, who used to send him around on such errands and makes him who he is. In Greek mythology, Eros and Aphrodite, the Roman’s equivalent of the goddess of love, had a son called Cupid. In both myths, Cupid was actually depicted as a decent young man, if not quite handsome. It was the Latin mythology which portrayed Cupid as a chubby and naked baby boy with wings. In Latin, the word “cupid” also means desire. How fitting.

Flowers are often associated with Valentine’s day, and what is a more popular flower than the rose? Every Valentine’s day, people would send out roses for their loved ones. Eventually, this romantic gesture is denoted as either a confession or expression of “I love you”. But do you know that different colored roses have different meanings? The most popular one, red, is of course related to love and passion. White roses are also romantic as they convey true love and purity. For friends, however, yellow roses would be the perfect surprise. Meanwhile, pink roses can mean friendship or sweetheart.

Hearts are another important symbol and depiction of love. Let’s take the red hearts pierced by Cupid’s arrow, a famous Valentine symbol. This means that when a person love someone, he or she will present their heart. In doing so, they are taking a risk of being rejected and hurt. The piercing arrow is thereby the sign of death as well as the vulnerability of love. Nowadays in Russia, people like to decorate greeting cards with symbols of red hearts or heart-shaped balloons.

This symbol is different as it is of living animals. The lovebirds have long been associated with Valentine’s day. This stems from the belief that back in the ancient days, birds mated on February 14. At least, some people today think this to be true. Lovebirds are essentially a couple of birds that sit alone together and closely to each other, much like people in love do! They say that lovebirds can’t imagine living a life without their mates. This is why in the modern day, people conjure up images of a couple in love when they think about lovebirds.

Finally, love knots symbolize eternal love and is represented by a series of intertwined loops without a beginning nor end. Originating in early Arabian tradition, young women used to express their love through secret messages in the form of carpet knots. Young men would then turn the knot around to signify that they’ve read and acknowledged it. This tradition exists even to this day!

The symbols explained above are just some of the most common ones you will find all throughout Valentine’s day in Russia. Of course, there are still many more used by the people that you can look up online to get to know Valentine’s symbol in Russia. But now that you are learned in this aspect of Russian event and holiday, do you want to understand even more? If that is the case, why not try to learn and memorize these Pick-up Lines to Approach Girl in Russian. That way, you can spend your next Valentine’s day in Russia and feel like the ultimate romantic!