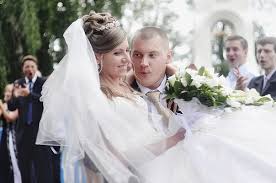 Everyone knows the word “marriage” has Slavic roots and means “to be with.” Married couples, that’s the name of a horse in a bundle, our distant ancestors. According to Orthodox law, after married couples join church marriages, they become “one flesh”. One is in their desires, pleasures and sufferings. The wedding ceremony is one of the most memorable and beautiful rituals. Most Russian wedding ceremonies are in orthodox churches because the majority of Russian citizens are Christians. Here are wedding tradition in Russian Orthodox Church. You can also read History of Russia

The rules of marriage, defined by civil law, differ significantly from church theory. It can be said with certainty that not every family union. Designed in accordance with all state standards, is acceptable for coverage in the Mystery of marriage. Russia is interested country, read this Why we must learn Russian.

Marriage is a bright and beautiful holiday. Lovers not only will remember throughout their lives, but also a very serious step, which places great responsibility on them. Preparation for this event is as important as the sacrament itself. First of all, you need to decide the date, it is important to remember that according to the Orthodox canon. Marriage can not be held during any fasting. Also, couples in love are forbidden to go to the altar at Christmas, Tuesday, Thursday and Sunday.

The costume present at the wedding ceremony symbolizes innocence, humility and purity.  The beautiful white dress for the wedding was adopted from Europe. According to the ancient Russian marriage tradition, the bride can wear clothes of any color, but not too colorful. Looks perfectly pastel clothing: white, soft pink, beige and others.

The bridge dress in the church must be sacred. Which means all the pieces in and décolleté must be lost in it. It is also necessary to cover your back, shoulders and legs, the minimum length of skirt should be up to the knee. You can donate or sold your wedding dress. Read also Russian Music is Amazing for your feed.

Ring is the mandatory attribute for the wedding process. They serve as a sign of eternal love and the power of marriage union. Previously, rings for couples were made of different metals. Gold is intended for couples, it is a symbol of the main radiated in the sky – the sun. Silver is a kind of moon, the arm is placed on the arm of his wife. Today, as a rule, the same gold or silver ring is bought for the young.

You also need to remember that for a wedding in church you need to buy white towels and candles. The candlelight that the young couple holds in their hands during the rite represents the fiery and pure love that should burn their hearts for the rest of their lives. White towels that steal under the mating foot, reflect the purity of their intentions.

Wedding tradition in Russian Orthodox Church similar as the other country which have wedding in orthodox too. Here step wedding ceremony in the Orthodox Chruch :

Did you know that unique procession required the man to “fight” to get his bride to take to the aisle? On the wedding day, the groom will go to the bride’s house alone then will meet her lover and invite her to marry. Unique, however, the bride’s family, friends and associates will pretend to refuse and prevent the man from meeting the bride by mocking and marking him until he is “forced” to pay them with gifts, money, jewelry or shapes other rewards.

It is not enough. After giving them all in exchange for getting the bride, the man still has to be raided by the family. Then the bride’s friends to do funny things as a condition to be able to meet and marry the bride. For example, tell him to dance on one foot, answer a puzzle, or do a funny act like running around the house, dressing up like a clown, or playing a doll. Read Get to Know Dining Etiquette in Russia for your knowledge.

Well, finally, after the man managed to satisfy all the requests of family and friends of the bride, she was allowed to meet her lover and invited her to marry to the wedding followed by all family and friends spouse. Another unique of Russia, read also Bear is Culture Symbol in Russia