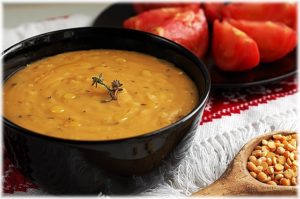 We know that Siberia is a part of Russia. However, this region in Northern Asia has numerous ethnic tribes with their own unique cultures. In fact, Siberia wasn’t even part of modern Russia before the early 17th century. Notorious for its cold winter, there’s more to this picturesque region than that reputation. Before your first visit to this vast region, there are several cuisine in Siberia that you need to know.

The first type of food that you should try upon your visit to Siberia is goroshnitsa, or peas pudding. In order to cook goroshnitsa, you will need fat from a special kind of red fish from the Angara River, Russia. By using dried peas to make solid plates, these peas must be cut into pieces before being smothered with the fish fat.

Baikal Omul is a species of whitefish, part of the salmon family, that is endemic to Lake Baikal. It means that the omuls can be found only in this Siberian lake and nowhere else in the world. This makes it special. It can be cooked in various ways including salting, smoking, boiling or frying, but the locals often enjoy them on skewers. Also, omul can be a perfect appetizer to vodka if it’s salted, skinned or unskinned. A lot of people who visit Siberian leave with cold smoked omul to bring back home as souvenirs.

The next cuisine in Siberia that you need to know are zagutai and raskolotka. Zagutai is made out of small cuts of fish like omul or cisco. The cuts are first marinated in a special salt solution. Then they are placed in cans, alternating the fish layer with another of onions. These layers are later soaked in vegetable oil, and zagutai can be enjoyed immediately. However, some opt to add mayonnaise and mustard.

Another equally well-known fish dish in Siberia is raskolotka. Although locals usually use whitefish, other types of fishes can also work with this traditional recipe. Essentially, men will freeze the fishes until they’re hard before beating them with a hammer. Sprinkle a generous amount of salt and black pepper, your raskolotka is ready to be eaten!

We know that Russian people are fond of integrating Old Russian Cuisine as Part of Their Culture, and this is still true for the Siberia region. For certain, Siberians enjoy eating exotic and unusual meat. One of them are bear paws. Its most common method of preparation is to marinate, fry and then stew them. Siberians really love serving this dish as appetizers to vodka.

Venison, or deer meat, is an extremely popular cuisine in Siberia. You can’t go there without having first tasted Siberian-cooked venison. The deer meat can be prepared in many ways -boiled, stewed, fried or even dried. It’s enjoyed as soups, hot meals and appetizers.

Siberians are quite famous for how they prepare their meat, which comes from hunted animals. The game, or wild meat, is sliced into long thin pieces and salted. They are stuck on wooden sticks that are attached into the earth. Next to these wood are hot coals. The smoked meat are later spiced with garlic and fern. Siberian people usually enjoy this dish with potatoes and different types of berries.

By now, you may have noticed that Siberian people love their fish and meat dishes. The Siberian fish rolls known as gruzinchiki is not an exception. This is an especially adored cuisine in Siberia, even though it’s quite easy to make. Minced fish are first fried and seasoned with salt as well as onion. Then they are stuffed into a thinly-rolled dough and wrapped into rolls. All you have to do is fry these thin rolls and serve them with either hot oil or melted butter.

Finally, you also must taste this traditional Siberian beverage. Burduk kissel is made out of bread dough residue. When you have obtained a thick residue by pouring water into a chunk of dough, add boiling water of milk. This will create a dense and extremely mouthwatering kissel.

Well, these are just some of the most famed and loved cuisine in Siberia that you need to know. Now that you have learned about all the different types of Siberian food, you are prepared for your trip! You can make the most out of your visit to Siberia and learn more about the local culture by tasting this cuisine.

But it is important to note that Siberia may not be the right destination if you are travelling alone as a student. Instead, check out these Russian Student-Friendly Cities. Finally, all you have to do is find out when is the Best Time to Visit Russia that’s right for you. Now pack your bags, book your tickets and look forward to a delicious Siberian adventure!