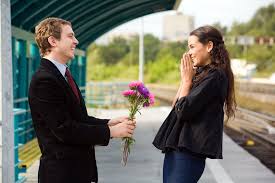 Russian men have a tall and broad look. Because of their visuals, Russian men look more manly and strong. This is one of the attractions of Russian men. Foreign women see Russian men as tall, big, brave and strong – though rough.

They do have some shortcomings, but you must believe that their hearts are so gentle and loving. Here are some reasons to date a Russian man. Read also Meal Time Etiquette in Russia

Who does not like romantic men? Although it looks bragging, any woman would be happy if you have a romantic lover. Winter in Russia is very hard. This season can last for five months throughout the year. Even so, there is always a chance to turn things into romantic and full of warmth.

Believe me, Russian men have a soft side. They love to read lyrics, poems, movie quotes, or books. These things can melt any woman’s heart who hear it. Although their facial expressions look like they have eaten raw bears, they are a very warm and loving person. You may also read Dining Etiquette in Russia

This is not about equality. Even if a girl who invites a date has more money than the man. The man will always pay all the bills. A real Russian man would be offended if his date shared a bill. He will make sure that he will pay the bills. Otherwise, he is “not a man”. The same goes for opera tickets or movies, but it may not be the parking fee or anything else.

Russian women are famous for their good cooking skills. It’s conceptual since childhood. Therefore, russian men accustomed to appreciate the cuisine of a woman. Although the cuisine is not too good. So if you have a Russian man as your patner, you should be able to produce good cuisine. Because your partner will never say that your dish is not good.

“Boys can not cry,” especially in Russia. A man is expected to hide his feelings. They always show his emotional prowess and self-control. So if your Russian boyfriend is upset or sad, he might hide it. Unless you force him to vent his emotions. However, there is one exception. If he had flu, he would probably behave as if he were going to die. Under these conditions, you can always count on their mothers. All Russian mothers know how to take care of their little army to get healthy again.

This kind of emotional retention may not be favored by some women. Because as good as any emotion hides, will cause things that are not good in the end. Russian men have come under pressure over their own feelings. You must understand this character, it is advisable to be a more attentive woman to your Russian partner. Read also How to Celebrate Easter Day in Russia

Broken car? Troubled loans? Chased by the police? Children do not feel hard at school? Driving not allowed? If these kinds of things happen, a Russian man will probably remain tough. They will live their lives as if nothing serious happened.

As you know, Russians are accustomed to having no hot water for several weeks throughout the winter. They survive only by eating instant noodles for several days. Even they walk through temperatures minus 20 degrees Celsius to work. In addition they also face the economic crisis. Damage or problems in the visible things do not make a Russian man depressed. So, just a really serious condition that can worry a Russian man.

In Soviet times, Russians used to use what they had. At that time, not all goods available. So, if you need new kitchen appliances, auto parts, or winter coats, you should learn to fix your old stuff. Most Russian men will easily fix a flat tire, repair the outlet, or assemble the furniture. The important thing, don’t stand to see him work and ask questions.
In addition there are good habits. This sort of thing may be less common for most educated people. For established people, they prefer to spend time reading than going with their friends (mostly from big cities, like Moscow or Sankt Peterburg).

Every Russian man has at least one strong woman among his relatives. Her mother may be a caring hard worker; her grandmother may be a wise and resilient, and so on. The Russian men always respect women. Since ancient times, women have always been regarded as guardians of family and household values.

Lately, more and more couples are struggling to keep their homes. Meanwhile, 30 percent of mothers in Russia raise their children alone. As in most other countries, when parents live together, the mother will spend more time with her children. So, Russian men are accustomed to having a grandmother or mother who controls most of her life. Therefore, a Russian man very good at compromising with women. The Russian man will respect his women in compromise.

Thats all some reasons to date a Russian man. From those above, we know that Russian men considered the real man. They have all character of real man. If you have Russian lover, you must be gratefull. See also How to Date Russian Girl and The Reasons Date to Russian Girl