Gift giving is an important part of life in Russia, because it is considered bad form to arrive empty-handed in any social event. Aside of personal occasion such as dinner, birthday, and wedding; there are also several national celebrations that require gift exchange, such as the New Year holiday and the International Woman’s Day. However, there are a number of rules that should be noted to avoid faux pas when you are looking to present gift to Russian people.

Most of the taboo originally come from superstitions that has been deeply entrenched with everyday life and accepted as social norms. Some taboos are related to the time when you may hand your gifts. For example, giving birthday gifts before the exact birthday date and giving newborn gifts before the baby’s birth are considered as inviting bad luck. Another taboos encompass what may and may not be given. In fact, in order to employ proper gift-giving etiquette, you may not give these gifts to Russian people: 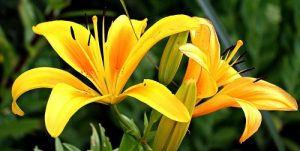 Yellow color means unfaithfulness or infidelity. Therefore, it is usually only used for funerals or rites for the dead. It is even believed that giving a bouquet of yellow flowers to a loved one will make you fight and break-up. If you are looking to gift flowers to your lover, seek flowers in other colors, like red or pink. White is good as well, but it will be better if you avoid white carnation or calla lily because the meanings of flowers in Russia is less than stellar.

In most occasion, Calla Lily is a pretty good choice of flower as it symbolizes holiness and purity. However, in Russian tradition, white calla lily is also a symbol of death. Unsurprisingly, giving calla lily for wedding will end the couple’s marriage in a short time.

4. Flowers in Even Number

Flowers in even number has morbid connotation. During pagan times, Ancient Russian believes that even numbers stand for the end of a life cycle. The belief is still strong today, as flowers in even number is usually only used for funerals and memorials. Therefore, Russian will only give bouquet with flowers in odd numbers, such as 1, 3, 5, and so on. This rule tops the list of flower gifting etiquette in Russia.

Giving anything sharp is considered as bringing bad luck to a household, including but not limited to knife, scissors, razors, and forks. You may not give these gift to Russian people, because they may also think that you want to cut your relationship with them. However, if someone gifts you sharp objects and you want to maintain relationship with them, you may give them some money in return, so the exchange becomes a transaction instead of gifts.

Wallet and purse are easy choice for birthday and graduation party. Men’s wallet is even one of the most popular gifts for men in Russia. Nevertheless, giving empty purse and wallet is considered as leading someone to lose money. In order to do it right, you should put one or several banknotes within, so it will attract more fortune.

Handkerchief is easy to personalize. You can order monograms or embroider some pretty patterns to turn it into an intimate gift. However, handkerchief is also related to sadness, troubled times, and suffering. Moreover, giving handkerchief to a Russian means you will separate with them. Therefore, if you are looking to gift some handicraft to your significant other, it is better to choose other types of accessories.

If handkerchief symbolizes sadness, then medical instruments are the embodiment of sickness. It is believed that giving someone a medical instrument may worsen his or her health. If you are visiting someone who is ill, it will be better to bring flowers or fruits in odd numbers instead.

Another gift that may invite sickness for the receiver is home slipper. Russian superstitious crowd believe that giving home slipper will lead someone to the hospital, or even to his death. White slippers are the worst offenders, because they are worn by dead bodies before burial.

Russian considers mirror as magical medium. If you come back to your home and want to go out again, then looking into a mirror before going out of the house can prevent bad luck. In spite of that, a stranger’s mirror in your house may invite abnormal occurrences. Antique mirror with long history is even more unfavorable, because they may have witnessed unfortunate events and still possess negative energies. Scary possibility, don’t you think!?

Don’t worry, socks and shoes are unlucky items, but not attached to any dreadful superstition. Still, a woman who gift socks and shoes to her significant other may provoke fights with him and make him walk away. So, if you want a long lasting romantic relationship, don’t give him socks and shoes. In an emergency, avoid the bad omen by asking for a banknote or a coin from him to symbolically turn the gift into a transaction.

12. Skincare and Make Up

In Russia, a good gift is something that is personally thought as most suitable for the receiver by the gift-giver. Accordingly, giving skincare and make up may be mistakenly recognized as a thought that you think they are unhygienic or ugly (thus need the treatment of additional skincare and make up). Considering that Russian think highly of a good impression and usually already uses a good amount of cosmetics, this kind of gift may offend them.

Russian close proximity with Greece means that several customs in the peninsula may find its way among the people of Caucasus, including the tradition to use pearls as symbol of widowhood. This is also the reason why pearl is forbidden as gifts, particularly for young ladies. Yet, a man can still abolish the superstition in the same way as other bad omen, that is by asking for some money in exchange from the lady to symbolically turn it into a monetary transaction.