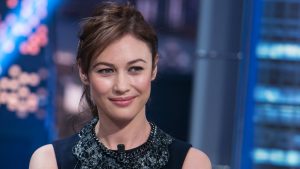 What’s awesome from Hollywood, besides the fact that a lot of great movies were produced there, is its diversity. In Hollywood, you can see that many movies are representing cultures from all around the world. This is why you can see many movies that take place in Russia.  This diversity also resonates on its actors. Many famous people who made it in Hollywood comes from various background. So it’s really unsurprising that we can find actors and actress with Russian ties there.

These actors come to Hollywood with a different story. Some are born in Russia, some are s Russian – American. Whichever it is, Hollywood once again proves that you don’t need to be in a certain race or nationality to be successful there. These Russian actors know about this fact. That’s why they relentlessly pursued their dream and we can see the fruit of their labor today.

Olga Kurylenko was born in Ukraine when it was still the part of the Soviet Union. Her most prominent role in a Hollywood movie is her breakout as Bond girl, acting with actor Daniel Craig in Quantum of Solace (2008). She also starred in other movies such as Centurion (2010), Hitman (2007), and one of the historically inspired movies in Russia, The Death of Stalin (2017), which was set during the Soviet era. If you’re curious about Soviet-era movies, here’s a list for you.

Who would have known that the Friend’s star has Russian blood in her vein? Yes. Lisa Kudrow, also known as Pheobe in one of the most watched shows on earth Friends, her ancestor migrated from Belarussia, which was a part of the Russian Empire before the revolution.

If you’re a fan of TV Series Revenge, you must know Louise Ellis. It was played by a Russian actress Elena Satine. She attended Professional Performing Arts School in New York before coming back to Moscow to continue study at Moscow Art Theater School. Her trademark appearance, red hair with porcelain skin, landed her a role in a Broadway musical as Spiderman’s Mary Jane Watson.

Who’s not familiar already with DiCaprio? The award-winning actor himself once stated that he is half-Russian. This is due to the fact that her late grandparents were Russian.

We all know Supermodel Irina Shayk. The Russian beauty has been a regular in fashion magazines such as Sports Illustrated and Vogue. She also a regular in many Fashion Week’s runaways. But as an actress, many still don’t know the fact that she expanded her talent to the big screen. She starred in Hercules (2014) as the wife of Hercules. She also starred as herself in TV Series Love Advent. She even landed herself a Hollywood boyfriend, Bradley Cooper.

He is that actor guy Hollywood seek if they need a Russian role. Elya Baskin landed many roles as a Russian guy in a various blockbuster. These roles include Transformers: Dark of the Moon, Angels & Demons, Spider-Man 2 and Spider-Man 3. His also acted on several hit TV Series, such as the award-winning Homeland and Madam Secretary.

The west side story actress is a daughter of two Russian-born parents who emigrated to the USA. One of the iconic actresses in its era, Natalie Wood was known for her talent, beauty, and her fashion sense. Her movie West Side Story (1961) becomes one of the classics in the history of cinematography.

Yuri Kolokolnikov represented Russia in the most watched TV series in history, Game of Thrones. He took a role as the wildling Styr, on season 6 of Game of Thrones. He then expanded his career in other Hollywood productions such as movie The Hitman’s Bodyguard (2017) and TV Series The Americans (2017-2018).

Anton Yelchin was born in Leningrad, a city known today as St. Petersburg. His major role in Hollywood movies is as Chekov in Star Trek (2009) and Star Trek into Darkness (2013). He also played roles in many other Hollywood productions, such as Terminator Salvation, Law & Order: Criminal Intent, and NYPD Blue.

Taking a role in Blockbuster the likes of Mission: Impossible: Ghost Protocol and Behind Enemy Lines, Vladimir Mashkov is what casting team looks for when they need that typical Slavic bad guy. He’s killing it every time though, making it one of the Russian actors who’s slaying it in Hollywood.

Veteran actors Michael Gor has been slaying it in both Russia and Hollywood movies scene. He first made a debut in Hollywood as a villain in Die Another Day, played opposite Bond’s star Pierce Brosnan. He also played in other titles since, such as The Hitman’s Bodyguard and Bridge of Spies.

Natalya Rudakova starred at Transporter 3 in 2008. Afterward, she took various small roles in short movies and TV Series such as A Novel Romance (2011) and Before the Snow (2015). Natalya Rudakova was born in St. Petersburg, once it still named Leningrad in Soviet era.

Aside from actors, Russian movies are also something you should pay attention to. They are on par with their Hollywood counterparts, such as this list of Russian movies who successfully won audience hearts. Movies like Leviathan (2014) is awarded Academy Award for Best Foreign Film while also being a controversial movie in Russia. Check out some of the interesting Russian movies here. Russian movies can offer you an interesting perspective of the country. If you’re learning Russian, Russian language movies can also be a great help.