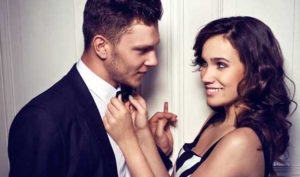 Relationship is something that requires the effort of two people, and not one. That’s perhaps something that most of you have known already. Even if sometimes you see it as something that happens out of love, well, it’s true, but that’s not all it takes. If a relationship only rely on love and never bother understanding each other deeper in the other area, then it’s prone to break.

Moreover, if the relationship consist of two people from very different background, culture, and family. This difference will never go, but it will need your effort to understand it well. Here, different cultural background can cause differences in the way of seeing a relationship.

Things that Russian man seek in a love relationship might be very different from what you seek or even other man seek. Not knowing what they seek might cause commotions, dissapointment within the relationship itself.

Come on, we’re all human and our need to be understood is no longer something secret. If you want to build great relationship, be a good partner who is willing to understand and of course to be understood. Here are few things that you need to know about what your man seek :

Man are always like that, but Russian man  who has been taught to become a real gentleman is truly like that. He likes the idea of being the ‘superhero’ for his partner. While having a love relationship, he’d love to protect and act like the gentleman for his woman. Having his woman safe on his arms, opening the door for her, bringing her the heavy shopping bags, everything that a gentleman would do. So, if you’re dating a Russian man, make sure he can fulfill his dream role as a superhero for you. Of course it doesn’t mean being immature and too depending, but it means being open to his chance of making you feel like a princess.

Relationship should never exist just for fun, at least that how it’s supposed to be from the beginning. But, relationship without exciement, fun, and amusement is just like a business partner, isn’t it? Relationship is there for you to have someone who is there with you through thin and thick, happiness and sadness. It’s there to sit with you and laugh over the Netflix’s show, it’s also there for you while you’re all alone and broken. Russian man do find it important to have fun in a relationship. Of course there’s time for being serious but there are times for just let loose and live.

Even though woman is known as an emotional creature, yet man is more popular for being a logic person, man do need to fulfill his emotional needs. In building a love relationship, Russian man want that emotional intimacy that will make the relationship goes deeper and closer. He might not be used to tell what he feels, but for with his partner that he trusts, he will start working on it. He would love to connect emotionally with you, knowing what you feel and letting know what he feels on the other hand.

Russian man might want to be connected deeply and emotionally with you, but he also expect respect from you to him as your man. The gender roles in Russian culture is quite strong. He’s going to be the head of the home soon, so he’ll be happier if he got that respect from you. Don’t make him feel like you didn’t love him enough, you look down on him or even worse, treating him like a child, since that’d be personal traits that Russian man hate from woman. Remember, he want to become the superhero for you. How would he be able to do that if you don’t respect him beside opening up yourself?

Behind his strong figure, his manliness, deep inside he also want to be admired by you. He needs that compliment that come out of your mouth since you’re a very special person to him. Compliment him on the little things that he does, that no one might even notice but you did. That’ll make him feel a lot better about himself. Of course you don’t have to do that all the time since that’d be less meaningful that way.

Man is just like woman in this case. He’s an attention-giver, but he also want to be receiver. This is one of the things that Russian man seek in a love relationship that he also want to give to his partner. Man do loves being hugged, cared for as long as it’s not too intensive and scary. He’d love to have someone who cares for him continuously as he also cares for you. If he’s having birthday, for example, you can try to find romantic ways of giving gifts to your Russian boyfriend.

The needs of being accepted is not only exist in a woman, but also man. Every man needs acceptance from his partner, who is very important as for him. He wants his woman to accept him just the way he is, loving both his strength and weakness. That way, he can be himself whenever with you. He can also open up to you without being fake or hiding something since you accept him just the way he is. If you know from the very beginning that he has something in him that you can never tolerate to or accept, better communicate it in a proper way. If it’s something that has no way out, then you’d better set your heart to accept him or leave it.

At the age of 20-25, Russian man will started to mature and seeking for a potential wife. To them, being married is something that will happen naturally. He’s not afraid of commit to you if he really loves you. Of course, in return, he want you to commit to him as well. He want your faithfulness and seriousness on the relationship. Commitment is something that he seek in a woman who he’s likely to marry one day. Well, who would want someone who can’t even have commitment in a love relationship, though. Wondering how to get a Russian husband? Make sure you’re ready to commit first, and then you can try doing other things that can attract your dream guy.

In a love relationship, man does want to feel the love that his partner has for him. He wants that attraction of yours to be something real and sincere as well. He wants to know and feel your love for him, just like how you expect your man to love you sincerely. When there’s love, there’s a simple way to solve anything better. Even if your relationship has been going on for quite long enough, you still shouldn’t lose that love you have for him and otherwise.

He seeks for someone who he’s interested in, who he finds attractive. Russian man would want to have that thrills of feeling attracted to his partner over and over again.

Dating a Russian man is not that hard, as long as you’re willing to understand things that Russian man seek in a love relationship.