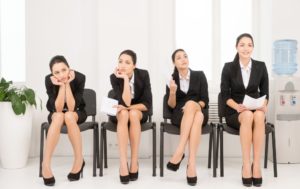 Russian culture is not spared from the eyes of the world. From the vast geographical conditions, extreme weather, to the conditions of cultural traditions of the Russian people who can not be separated from the eyes of the world. Russian culture is strange but interesting to study and social life that did not escape from the mixture of two cultures of eastern and european asia.

Social life of Russian people is strongly influenced by their communication, both verbally and non verbally. There are several things to consider in communicating with Russian people, especially non-verbal communication such as body language. This article will discuss 7 things you have to know about Russian Body Language Etiquette.

In general, body language is interpreted as a process of exchange of thoughts and ideas in which the message conveyed can be gestures, facial expressions, eye gaze, touch, artifact (symbol used), silence, time, sound, and posture and body movement. Here are 7 things you have to know about Russian Body Language Etiquette, such as:

Basically, when the Russians scratch the back of their heads when they think of something. It is said that this gesture stems from the traditional myth that ancient Russians scratched back their heads to seek help from their genius ancestors. In addition, when you meet and listen to the Russian man while scratching his head. According to russian culture this can mean that you are forced to listen to their conversation or forced to meet them. This is considered very rude.

Body language is rarely encountered in various countries including Indonesia. Initially, body language was intended as an improvisation in taking the oath. Where the Russian ancestors used this expressive body language to show their loyalty to the Orthodox beliefs by showing off the cross in the chest. In addition, this body language is also used by the executioner by tearing the top of a person’s clothes while torturing the person. Therefore, torn clothes voluntarily show their willingness to ascend to a hanging place in the name of truth.

3. Throwing a Hat to the Land

Habits of Russian people are strange, one of them throwing a hat to the land. This body language is used to denote a forced decision. In general, head and beard accessories are a symbol of honor for Russian men. If they remove the head (head accessories) in public it will be considered embarrassing, it becomes a kind of social norm. When a Russian man takes off his hat and throws it to the ground voluntarily, he shows his willingness to take risks and if it fails will get them expelled from society.

4. Punching on the chest

One of the russian people’s habits is to hit the chest. Most historians have argued that this body language originated from a nomadic military tradition and brought into Russia by the Tartars. They use this body language to make oaths against their leaders. Body language by banging on the chest shows they have loyalty to their boss.

In russian culture, this body language known as “city” means the protection of black magic and evil spirits. As the russian ancestors told us that there is a story of “A horned goat coming to attack little children.” When telling their children, adults describe the gorey goat by symbolizing its horn using the little finger and right hand index finger. This is a way of the ancestors of the Russians in expelling bad things.

7. Tapping the Finger in the Neck

Body language includes nonverbal or no voice communication. Therefore, one of the functions of body language is to explain what verbal language can not explain. The majority of people like practical things, such as shaking their heads in lieu of ‘I do not want’ or nodding heads as expressions of ‘I agree’ or ‘yes’.

This article gives you information about 7 things you have to know about Russian Body Language Etiquette. If you visit Russia you do not have to worry if you communicate with Russian people. You can learn from this article. Other articles regarding culture that are worth reading: History of Russian Ballet, Bread in Russian Culture, Traditions in Celebrating Victory Day, and Culture of Valentine’s Day in Russia