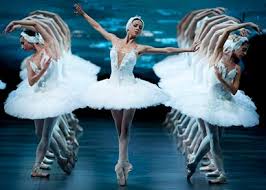 In Russia, Ballet carries the feel of its original Italian origin, yet still feels distinctly Russian. This art of rigid, storytelling dance has evolved into a highly appreciated form of art alongside theatre and circus, and it blends classicism and folk dancing into a beautiful assimilation that retains the beauty of both its original ‘parents’.

When one sees the graceful arm movements and the deliberateness of Russian ballet, it can be hard to remember that ballet was nonexistent in Russia till the 1689 as the enforced isolationism from the Tsar forbids the entrance of any Western culture into Russia.

After the isolationism policy, no outside culture could enter Russia freely. During this time, the second Romanov ruler, Tsar Alexis Mikhailovich, introduced the art of ballet to Russia as one of the various entertainments in his wedding. This attracted the interest of Peter the Great, who eventually opened the country to the West in 1689. To complement this move, he erected the St. Petersburg, aiming to challenge Moscow to stop closing itself from outside influences.

However, interest in ballet was not the only reason Peter the Great opened the country to the West – he wanted to challenge the western countries for their perceived superiority, and to achieve this, the country has to know more about the more advanced countries’ culture.

Later, ballet became popular as a private entertainment for nobles, who set up their private stages much like how they created their own static circus or theatre. As a consequence, at that time ballet were associated with high class citizens. However, no formal establishment related to ballet was made until Empress Anne’s time. Empress Anne, known for her fondness towards ostentatious amusement (such as balls) wrote a formal letter to the Imperial Cadet School, requesting six males and six females with ‘comical and serious character’ to be trained in the art of ballet. They are given two rooms in the Old Winter Palace to train, with the condition that they became good in two years and ‘no less than the best foreign dancer’ in three.

Later, the Imperial Cadet School changed its focus and was renamed to St. Petersburg’s Imperial Ballet School. Imperial patronage and association with high class-citizens made sure the art retained its beauty and rigorous training, and the tsars began inviting foreign ballet masters to develop the art. This continued until the art has been fully absorbed by the Russian culture, to the point they could make their own arrangements.

Catherine the Great would later establish the Directorate of the Imperial Theatres and gave it control over ballet. After the establishment, she opened her own ballet school and invited Filippo Beccari to direct the school, and in 1764, she invited the Italian Domenico Angliolini. This marked a shift in the Russian ballet as he made the first heroic tale to be incorporated in ballet, starting the movement from ‘ballet to depict Russian history’ to a more psychological story.

In the 19th century, the dance began to spread to other countries. The ballet was distinctly Russian, yet still carries a feeling of originality, the feeling of Russian identity from the aspects of Russian culture assimilated into it. The Parisians, adopted some aspects of the Russian ballet onto their own plays, yet some sources said they denied this in the past, claiming that Russia is ‘backwards’ and they would not take aspects from such a country. Yet, their later plays contradict this statement.

This is due to the involvement of Ivan Clustine, as their Maitre de Ballet. In spite of Ivan’s protests, however, the Russian ballet was depicted as an invader to French culture most of the time, and it sparked a political debate about how Russia is trying to invade France with their culture (Russia was stigmatized as a brutal and forceful nation in the past due to the power the country once possessed). Even with sources praising the beauty of the art, people are still afraid of an infestation and invasion, an irrational fear that sounded like a conspiracy theory to the modern people, yet was very real in Paris.

In the present day, several methods of ballets exist, but the most widely used one was the Vaganova method, named after the teacher Agrippina Vaganova. This method was based off the 19th century principle that said all the required training can be encompassed and taught in one pas de deux (lit: step of two). Students would be made to prove this upon graduation, with two of the best students chosen to perform a pas de deux. In the Vaganova method, the basics are enforced before moving to harder movements, such as training the required strength before the moves, and training the easier moves before the harder moves. What makes this method unique is the flexibility – students who are not up to par for a future in dancing are trained to become choreographers or teachers, a flexibility that is hard to find on other methods.