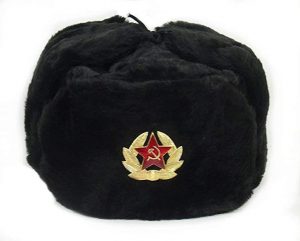 Accessories do not look upon gender. They become significant to both men and women. Though, for men, choosing accessories could be exceptionally stressful. Because it is difficult to know just how good an investment any of those stylistic accoutrements might turn out to be. One more important reason for men to pay attention to their accessories is that even though they may feel insignificant, wearing the wrong ones will completely undermine any attempts to look stylish and well dressed.

For men who never give a look to any accessories, now is the time to try. No matter what the situation is or how formally you are dressed, if you take the time to make sure your accessories are on point, you are going to look like an even better-dressed man than you would have otherwise. Moreover, it shows that you paid attention to the details, and when you really get down to the basics of dressing well, paying attention to the details is what matters the most.

Unlike Russian women fashion, Russian men fashion does not have the greatest reputation. Traditional Russian men perpetually clad in sweatpants, Timberland boots, and cropped padded jackets no matter the occasion and setting, be it in class, on a date, hanging out with friends or out to the mall for shopping.

However, Russian men in modern days now seem more stylish. You can find them walking down the street in a major Russian city with Adidas tracksuits, Turkish jeans, leather caps, and coats. Many of them are even often seen to wear a pair of designer shoes and designer bags as an additional accessory.

But, in this article, I have gathered other masculine accessories−5 stylish Russian accessories for men−that are worth to try. So, keep on reading!

Who said you cannot go out in style with an Army hat? Soviet Army fur hat is the most popular accessory in Russia and the Soviet Union for men. It is made out of fur, leather, and Astrakhan fur “Karakul”. Soviet Army fur hat, also known as ushanka, is made of high quality material−thick and dense. It also offers some protection against blunt impacts to the head. The protection is clearly far superior to that of a typical beanie cap should the wearer fall and hit his head against ice or packed snow. It truly is an excellent winter trapper hat for Russian winter.

Reciting from the other article about fluffy fur collar scarf for women in 5 stylish Russian accessories for women, Russian womenswear designers has modified design concepts of accessories to work for the extreme weather in Russia and the tastes of the fashion-conscious woman. Well, apparently, it is available for men, too. Russian men also have a thing for fur.

Fluffy fur collar scarf is an epic piece to add to men’s wardrobe. Not only is it extremely functional at keeping you warm and super cozy, it can also completely transform your average look to a very regal, elegant, and rich look.

Men wearing bracelet is not a peculiar thing. They have been wearing bracelet around their wrist for many years. Initially, it was a symbol of superiority, because all wealthy men in the past were wearing bracelets. However, in the modern world, wearing a bracelet is a part of fashion, even for men. They wear bracelets as an accessory to stand apart from the crowd, or to get noticed easily. Bracelet gives a different, yet charming look to a man. Many men, who wear bracelet, believe that they feel positive and energetic with it around their wrists.

The Russian obsidian bracelet is stunning. In bright sunlight, it reflects the sun rays. Meanwhile, at night by the fire, it casts a deep shade of green. Such beauty has captured Russian men’s interest, because they are naturally drawn to extraordinary beauty. And since Russian people are highly superstitious, it only makes sense if they will spend extra money on this bracelet. It is because obsidian is believed to be a stone that can clean up the emotional wreckage and debris from the past of its wearer. It also serves as a bodyguard to one’s soul. It protects the wearer from addiction, fear, anxiety, and anger.

Russian earflap hat, also known as shapka-ushanka, has ear flaps that can be tied up to the crown of the cap, or tied at the chin to protect the ears, jaw, and lower chin from the cold. Most are usually brimless, but some creations include eye flaps or small visor that keeps the forehead warm and shades the top of the eyes. Not only does it add to your overall comfort in cold temperatures and protect your ears from freezing, it can also impart a great deal of handsome style to your appearance when you are out and about.

Do you know that the Soviets once had transformed inferior single workshop into one of the world’s top watchmaking centers? Now, you do. As precise timekeeping became essential for the success of modernized economies, the government decided to throw its weight behind watch production. They were steadily opening new factories and overhauling out-of-date facilities.

Although they seem old-fashioned, but Russian men think that there is nothing quite as cool as pulling out a sweet looking pocket watch and flipping it open to tell the time. It is classy, and by that account, makes them classy as well.

The single most important part of any accessories or pieces of jewelry for men is to make sure that they complement the outfit, not distract from it or override it. Moderation and subtlety are the keys to completing a classic, formal, well-put-together look, and those 5 stylish Russian accessories for men written above are worth trying for.