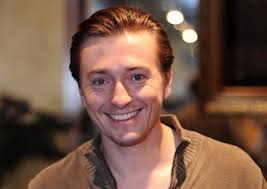 In spite of being one of the largest countries, not much is known about Russia, and many of the unique cultural and traditional knowledge and values are lost in the eyes of most of the world. Due to this, some of the actions that are normal in the other parts of the West can be seen as strange in Russia, and vice versa, as proven by these facts of life that can only be seen in Russian men.

1. Feminism is believed to cause the collapse of the West

Russia certainly values the importance of women and their rights, and in Russia the women has been known to be able to fly into space and drive tractors. However, in the end, the women must do their sacred duty of raising the family, keeping the house clean, and do other housework, while men has to work and make sure his family is well-supported. Feminism is a relatively young concept in Russia, and due to the country’s vales, seen as a deviation of this deeply ingrained culture, and in some parts believed to have caused the disarray the other countries are facing.

Jokes and insults about gender can be common, and only through hard work and preservation gender can become secondary in a professional environment. However, this belief is starting to fail as more and more women support in Feminist marches as the efforts of undermining women, such as ban on abortions.

There is a known joke that takes potshots at both Russia and America “Americans give you fake politeness, while Russians give you sincere hatred.” The reason for this is that life was grueling for quite some time in the country, and smiling is an exception rather than the norm, supposed to show actual happiness, genuine reflection of a good relationship, or fun.  Smiling at strangers is an indication that the person is making fun of them, trying to flirt, is insincere, or faking their smile to cover up their problems. In Russia, sincerity is one of the core values, and many find the willy-nilly use of smile in many parts of the world distasteful, strange, or even a cause of concern.

3. The unspoken importance of gifts

This is mentioned in 5 Facts about Russian Woman, and will be stressed here again. In Russia, there is an unspoken rule that one has to bring gifts when visiting a friend, courting a lover, or even in slightly important occasions such as a coworker coming back to work from a long holiday. At times when the visited home has children living there, it is an unspoken rule to bring something for the children such as sweets, drinks, or other things alongside the gift given to the house owner. Thanks to this culture of giving things especially to one’s beloved, chocolate and flowers are some of the highest selling goods in the country, with the average Russian able to consume 4-5 kilograms of chocolate a year even through times where prices rise up to 1.5x due to the weakening of Russia’s currency.

4. The importance of having a wife and children

In Russia, there is a rule that forces men between the age of 18 to 27, who are not enrolling in higher education, not caring for children and wife or sickly to complete a year of military service (It was a cut from the previous 18-month obligatory service). Many men would do anything to avoid this fate, ranging from trying very hard on the university exams, bribing doctors for medical exceptions, or even find a partner in life as soon as possible, a task that is harder than it sounds. Even though the population of women in Russia outnumbers men, the fact that the women are educated, picky, and requires a man that will support her through the end made this a difficult task.

5. Men will try to pay everything for his woman

In Russia, being a woman can automatically override that one has enough money and is stable enough to travel abroad on a regular basis. Even if the man has to go to great lengths to pay, he is more than willing to pay for the woman’s expenses and try to woo her. The man’s parents are likely to share this sentiment due to the importance of family in Russia, and would help the man even as they have to take money from their own coffers

If you like this article, check out the other Russian culture articles. Christmas is an important holiday due to the amount of Russian Orthodox, detailed in the History of Christmas in Russia and Christmas Celebrations in Russia. If you want to start learning Russian language please check Russian Words for Beginners and Nominative Case in Russian language