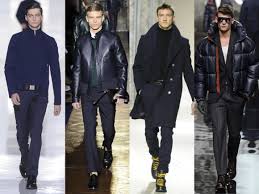 The fashion trends of Russian men, for most occasions, prefers simple and athletic attire that serves practical reasons over the more stylish clothes. However, this stereotype is gradually changing as the influence of globalization made its way into Russia, and creates diversity even within one city. For men, the attitude for fashion items varies, from those who meticulously groom themselves with care, to those who simply put the minimal care to pass their workplace’s standards.

Taking a look at St. Petersburg, the fashion capital, also shows that some Russian men likes to experiment with their choices of clothing. But as the country suffers from a highly unstable climate, it gives a base ground for the designers to make clothing that can withstand the climate yet still able to look fashionable.

How Russian Men Dress Themselves

If one wants to know something about the fashion of Russian men, look no further than St. Petersburg. The city may be known for the elegant buildings throughout the city, but for others, it is known as the capital of fashion. Here, stylish locals do not dress in a gaudy manner, but are more likely to combine and experiment with new items and old items of clothing. In St. Petersburg, it is common to see designer threads being combined with what might as well be called grandmother’s castoffs. Fur hats, similar to women’s fashion, are also a staple when the weather gets colder, due to the hazard of icicles and risks of sickness such as dementia and meningitis without them.

Fashion trends of Russian men, contrasting the women’s fashion, have a less than stellar reputation, with one popular, very degrading stereotype claiming that Russian men loves wearing sheepskin fur coats year-round. However, the fur coats serve a practical purpose for shielding oneself from cold, and the ‘year-round’ part is simply not true as even foreigners are warned to not wear any kind of warmth-related clothing longer than the Russians do. In some places, it is a long-standing belief that a man should not fuss over his appearance too much. However, this does not mean neglecting basic grooming, as stubble and beards are frowned as a sign of laziness.

It is likely to see a Russian man wearing old, but still clean and well washed clothing, over dandy clothing others see as the current pinnacle of fashion. Others though, such as a group called ‘stilyagi’ (a slang with a meaning similar to ‘hipster’), who adopts the trends of the western world and take it as their own, wearing huge scarves and odd-shaped glasses combined with a colorful pair of casual shoes in non-professional environment. They are the target of ridicule in some parts of the country, even called idlers and layabouts; however, this penchant on dressing differently still attracts the attention of some people.

In professional settings such as the office, Russian men who work as lower-ranked office workers are often seen in shirts without ties, sweaters, and jeans, while the men who have to look more formal favors wearing the business suit at the office. Some has the idea to wear the above-mentioned casual combo of jeans and shirts, and then changing into the more sensible business suit and tie upon reaching the office as needed. This idea might be frowned by some, however.

In the church, there aren’t as many rules as those for a woman, but there are still several rules limiting what one can wear in the church. Do not wear shorts, vests, tight jeans, or trendy things in the church as it is meant as a place of worship and quiet reflection, but opt for simple collared shirt, a suit, and simple trousers. In contrast to the women’s rules where they are expected to cover their hair, men are expected to remove any covering on their head upon entering the church. Sensible footwear for any church occasion is a pair of moccasins or summer shoes.

In addition, similar to the case of Russian women and sneakers, the backpack is one item that is frowned in Russia. Backpacks, while a comfortable wear to the rest of the world, is a mark of low position in Russia, and if one sees a man in business suit wearing a backpack, they have a reason to be certain that the man is a foreigner. To avoid snide remarks and reproaches, only tourists, students, office workers, and foreigners should wear a backpack in a non-special occasion.

Although the rules governing the fashion trends of Russian men are not as strict, the common saying of “Good Russian men dress themselves” still apply, even through the belief that men should not fuss too much about his appearance. Even though the early Russian men fashion did not have a good reputation, the stereotype has started to clear itself as more Russian men start cleaning up after themselves.

For more information about Russia, check out Reasons Why you Should Learn Russian and International Women’s Day in Russia. If you are interested in learning Russian language, start with Learning Russians for Beginners, 150 Words in Russian, and Common Greetings in Russian.