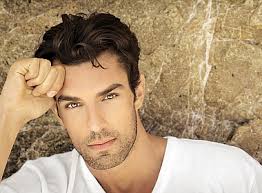 Stereotyping is an assessment of someone based solely on the perception of someone or a group only where the person can be categorized. Stereotypes are thinking shortcuts that are intuitively done by humans to draw quick conclusions. And sometimes, often stereotypes are used as an excuse to discriminate.

Stereotypes are already familiar in the world. Every resident in a region or country has a perception of residents in other regions or other countries. Examples of stereotypes include the thinking of the eastern people that westerners are optimistic, independent, apathetic, disciplined and hardworking. And so is the presumption of westerners towards the east. East people are considered as friendly people, prioritizing family, undisciplined, and others. Of course all that is just an opinion. There is no strong evidence, maybe just because of experience. Not all westerners or easterners like that.

And in this article, we will discuss specifically about Russian men. Of course there are some stereotypes about them. can be good or bad prejudice. However, you cannot conclude that they are all like developing stereotypes. The stereotype is only a thought that can be right or wrong. Here are 5 stereotypes of Russian men you should know.

In addition, Russian men are also considered very serious. To say rude and strong is not their habit. so this stereotype is very developed. In fact, they were very serious and polite. Rarely do they laugh out loud or do silly things in public places. And the stereotype about them is hard-working, because the observation of their tall, dashing body when walking, and without hesitation.

In Russia, men are indeed required to work hard and not waste their youth. they are good at adjusting time and atmosphere. When is the time to be serious and when is the time to joke and act silly. They will only be silly when together with friends in the right place, such as at a club or a friend’s house. That is why this stereotype is considered true, but not all Russian men have this character. Maybe only most of them.

The second stereotype is also positive stereotypes. Who doesn’t know that Russian men are very concerned about their appearance and really love tidiness and cleanliness. They will use their best clothes on every occasion. This stereotype is indeed very developed. Because Russian men almost always wear neat or formal clothes. Such as shirts, coats, and jeans or kepers. Very rarely do they look chaotic. They rarely use t-shirts combined with ripped jeans, then stagger. They will always walk handsome with a neat appearance.

This stereotype can be considered true. Because based on observations, of course you will also feel that Russian men are indeed very neat. And always pay attention to their appearance. but, again. Not all male men have this character. Most of them may have it. So, for those of you who like men with a neat appearance and walk dashing, Russian men can be your choice.

The third stereotype is negative stereotypes. Everyone has thought that Russian men are alcoholics and cannot live without alcohol. Even though it’s actually not one hundred percent correct. Drinking vodka is indeed a habit that is there. In fact, when you make friends with them you will definitely be offered to drink with them. and almost every house in Russia has vodka. Even though they don’t drink it all the time. However, having vodka at home is a must. Maybe, they only drink vodka in winter.

The next stereotype of Russian men is very widespread. When you are friends with Russia, you might feel this stereotype is right. Russian men can be very ignorant or apathetic men. He will not care about the people around him. However, when he thinks you are an important person in his life, he will treat you as a queen, the most valuable person in his life. He can change to be very concerned about you.

From the outside, Russian men do look hard and very cold, but this stereotype seems right. they will care deeply about family, friends, or lovers. This stereotype is still classified as a positive stereotype. The nature of this Russian man is indeed very unique and interesting. For those of you who want men who are ignorant outside but actually really care, you can choose Russian men as your partner. This does look sweet.

Russian men are labeled as true smokers. Russia has the highest smoking rate. In fact, when you go to Russia, the smell and cigarette smoke will be everywhere. But the Russian government is trying to get its citizens to stop smoking. This is what makes people assume that all Russian men are heavy smokers.

Even though many of them don’t smoke. Because they began to realize the negative effects of smoking. However, when people know they are a Russian, they will immediately be labeled as heavy smokers. As written above, culture is one of the causes of stereotypes.

Those are the 5 stereotypes of Russian you should know. You only know enough. You can’t think of the 5 things above right or wrong. Every individual has a different habit even though they live in the same area. Likewise with Russian men. If you want to know their true character, befriend them. and if you have a difference with it, try to appreciate it. Don’t make stereotypes an excuse to discriminate.