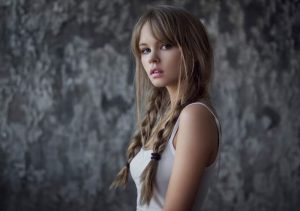 Not only Russian men get stereotypes, but Russian women too. Even not only Russian men and women. Every human on the earth gets stereotypes based on the area they live in. Stereotypes are only an intuition, a perception, and an opinion. Of course, stereotypes cannot be verified. Many factors can cause stereotypes. Among other things are experience, observation, culture, physics, and habits.

Russia is the largest country in the world and very famous in history. Because Russia was once a superpower with America. So that many stereotypes are popping up about the Russian population. In addition, the culture is there, and also the beliefs that you have there. Often, stereotypes arise against Russian people because of their culture and beliefs. lots of positive and negative stereotypes for Russian women.

First stereotypes can be good or bad stereotypes. Beauty is indeed a quirk for Russian women. Their eyes are truly charming, their smiles are sweet, and their bodies are sexy. When you see them walking, almost all eyes are on them. They are also like Russian men. Appearance is the most important thing for them. Wearing the same clothes in the near future is not very reasonable, it is a shame for them.

They always use the best on every occasion. In fact, they can use high heels just to go to the bookstore. You certainly can imagine how they look when attending parties or dating lovers, right? They are very total in appearance. The best appearance is their confidence. however, many consider this to make them not show their true selves. Russian women are not what they are. They oversee how they should talk, how they walk, and how they look. That is what causes this stereotype to emerge. Stereotypes assume that Russian women are the opposite of American women. American women are very confident even when they only use T-shirts and jeans. They do not try to regulate their way of walking, they are only concerned with comfort. Very different from Russian women.

This stereotype can be true and can be wrong. It may be that the appearance is the main thing for Russian women, but he will still show his nature and thoughts as they are.

The second stereotype is positive stereotypes. Russian women are considered as people who love and care for their families. For them the family is the main thing. When you have a Russian lover, after two weeks of dating you will be introduced to his family. This is the opposite of Korean women. Women in Korea will not introduce their girlfriends to their families, when the relationship has not been taken seriously and their age is still very young.

When a Russian women become a mother, they will work hard to take care of her household. She is very loyal and sincere to her husband and children. And this stereotype arises because of culture and observation. The life of Russian women look like that. So, for those of you who want to have a loyal, beautiful, and sincere wife, then you can make Russian women as wives.

The third stereotype is also positive. Russian women are also known for their loyalty. They are not only loyal to their lovers. but also to work partners, where they work, or their friends. Russian women value friendship and hate hatred. Stereotypes assume that Russian women hate hypocrisy and will not betray.

This stereotype is like other stereotypes. It cannot be ascertained to be true or false. You can only judge someone when you recognize them outside and inside. When you have a relationship with a Russian woman, don’t ever lie to her. She will hate you. If you don’t understand about loyalty, don’t have relationship with her. The first time you meet them, maybe they look arrogant and ignorant. However, when you know her further, she is a very warm and loyal person. This is what makes Russian women have many friends. And often hang out just to chat for a while. This stereotype is indeed quite strong if used as a fact.

As explained above, physical, cultural, experiential, and observational can be used as sources of the emergence of stereotypes. The next stereotype is that Russian women have high expectations, especially when you date her. Maybe this stereotype arises because their physical condition is almost perfect, so many think they want the same lover as them. They want to be treated like queens. They will appreciate all your attention. Even though it’s only a small concern like giving flowers on a date, holding her hands when she walks, opening the car door, and putting on a coat during the winter. They want to be treated according to their expectations.

This stereotype is not a bad stereotype. This is the usual stereotype. And maybe, not only Russian women who want that, but all the women in this world.

This is the most widespread stereotype about Russian women. When someone hears the word “Russian woman” they immediately imagine a beautiful and almost perfect woman. No one can deny the beauty of Russian women. In fact, Russia is one of the countries with the most beautiful women. No wonder, if this stereotype is very popular. They are beautiful inside and out. Beautiful eyes, charming smiles, and always good looks, they are also known for their courtesy and hospitality.

Of course, this is a positive stereotype. With this stereotype, almost all people want to be friends or date with Russian women. Apart from all that, they are also known to be very smart and hardworking. All these positive assumptions have a very good influence on them.

Those are the 5 russian stereotypes women you need to know. Various stereotypes about Russian women are spread throughout the world. That’s because they are very interesting. Good and bad stereotypes cannot be ascertained. Because that is just an even opinion. Try to recognize everyone well, so you can find facts not just stereotypes.