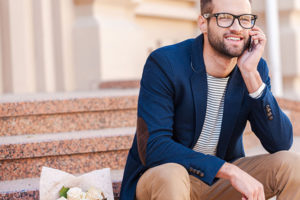 Perhaps you’ve realized the charm of Russian men, or maybe you’ve fallen for one. Now, you are planning ways to attract them and make them fall for you. What do Russian men like? Are there any guides on how to make a Russian man fall in love with you? Well, here it is! This article will tell you just what are the things they like and what captures their heart. However, do take note not to base all of your actions using this article and just act how you think is appropriate.

Other articles related to Russian romance that you might be interested in are: Charming Appearance of Russian Boys (you might have read this or realized this though, and you’ve come here to progress further), Effective Steps How To Date a Russian Man, and Main Reasons to Date A Russian Man.

Without further ado, here is how to make a Russian man fall in love with you:

Russian men takes extra care and attention of those they love, as such, it is important to be attentive to them as well. To show your affection towards them and win them over, there are several things you can do. The first one is by making him breakfast. Traditional gender roles are still existent in modern Russia. Women are expected to be good housewives with great ability of cooking. That’s why, Russian men will really appreciate it if you cook them breakfast (although they might not directly show it).

Another attentive thing you can do is cleaning his room. This doesn’t mean that you’re his maid and you should clean up his room all the time. Instead, in situations where his house is a mess and he’s not around, you can clean up his place which will really impress him. You can help him take care of the house when he’s around too. Small things like washing the dishes, making the bed, folding his clothes, will make him happy.

It is no surprise that Russians dress themselves to the nines, regardless of the occasion. Even a simple task like shopping or walking the dog require extensive care to their appearance. So, if you want to gain the attention of Russian men, you should take care of your appearance just like Russians do. Even if you don’t doll yourself up like the others, at the very least, it is expected that you dress neatly. Instead of tattered old shoes and ripped jeans, the bare minimum is clean jeans and fresh clothes. Due to their culture and upbringing, Russian men dislike messy and unhygienic looks. So, be prepared to extend your wardrobe (or at least take care of your physical appearance) if you want to catch a Russian man.

As said in the first point, traditional gender roles are still prevalent in Russia. And so, to charm a Russian man, you’ll need to be the traditional image of a woman. This means no smoking, swearing, guffawing loudly when you’re with them. You are expected to flaunt your feminine side and be attractive. During the date, do not try to be independent and pay for the meal or split the bill. Let the man take the lead and pay for it. This goes for the whole date as well. You have to let the man plan the date, suggest things to do, and many more. Meanwhile, appearance wise, you are discouraged to dress like a man. You should try to wear more feminine outfits to increase your charm.

This does not mean that you are to challenge him or go against him in everything. Russian people are strongly opinionated and they would love for a woman to speak her mind when needed. When he has done something that you disagree with, tell him. You may also poke fun at it teasingly, and they will love it and find it refreshing instead of annoying.

Even since a young age, Russian men are educated and trained to be chivalrous. They were raised to be a gentleman, more than men of any other country. As such, do not be surprised if they insist on paying the meal or bringing gifts to the date. From things like carrying heavy items, giving you his coat, to fixing stuff around the house, taking your coat or jacket, and being on the side of traffic when walking. These are all done in the form of respect for women, so do not be offended or feel weak. Let him be a gentleman and he’ll appreciate that he can do what he is used to.

Also, it is worth noting that personal space is not an issue in Russia. That’s why, do not be surprised at the casual touches or kisses. However, if this makes you uncomfortable, it is okay to speak up. He will appreciate it and respect it.

Those are the tips on how to make a Russian man fall in love with you. Other related articles you may be interested in are Things You Must Know About Dating Rules in Russia, Important Meaning of Eye Contact, and Likeable Things for Russian People.