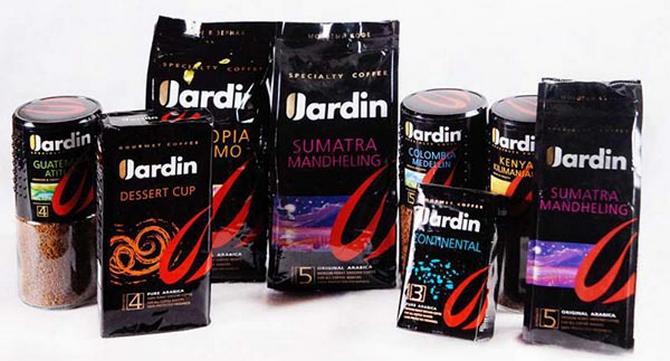 Coffee is indeed one of the most popular drink in the world. Though it may vary, the ritual of drinking coffee may be found in each and every country. What differs between one country and another is that how their culture somehow has an impact on how they like to consume the coffee. In Japan, for example, having more hectic lifestyle, the people tend to choose coffee-to-go. In Russia, however, the people prefer to go to the coffee shops, so that they are able to enjoy the coffee while spending time with their friends, or just simply drink it in between while having their meals, just as it goes with tea.

Initially, Russians mainly did not consume coffee in a daily basis. They were more considered as tea-drinkers. On average, Russians drink about 4 cups of tea in a day, often to accompany their breakfast dish. This habit actually influenced their behaviour on preparing coffee, where they like to make coffee the way they make tea, that is pouring hot water in a cup with soluble substance in it. This explains why instant coffee became the most popular type of coffee in Russia. Although there are other types of coffee in the market as well, such as ground coffee, coffee beans, and coffee capsules. Russia imported almost 100% of their coffee mainly from Brazil, Ethiopia, Colombia, and Honduras. However, it did not become an obstacle for Russia to have its own range of coffee brands. Apart from having a range of authentic foods, Russia also has several coffee brands that are invented and produced there.

Here are 6 best brands of Coffee made authentic from Russia:

Instead of coffee, Orami Trade, the company that produces Jardin, initially launched a tea brand back in 1994, before entering the coffee market under the brand Jockey in 1999.

The Jardin brand itself only launched almost 10 years later in 2007, after the company signed an agreement with Switzerland’s Jardin Coffee Solution.

Jardin offers both ground and instant coffee, with many varieties of coffee, different in taste, strength, and aroma. You will not only be able to find a “common” lineup, such as Americano and Espresso, but you will also be greeted by delicate flavors, such as a mixture of Apple, Jasmine, and Hazelnut in its Café Éclair, or a combination of Pear, Chocolate, and Vanilla in its Dessert Cup.

This brand is the predecessor of the brand Jardin, which both are managed by the same company. In terms of price, while Jardin is in the Premium category, Jockey falls under the Economy category in Russia coffee market. It has only original blends in its product lineup. To differentiate the flavor, variations were made through adjusting the original blend formula and the degrees of roast. Alongside the ground and whole bean coffee, the brand Jockey also has instant coffee in their product line, that is ranging from freeze-dried, agglomerated, powdered coffee, and 3-in-1 coffee mix. An interesting fact about this brand is that it has won Product of the Year several times since 2008, in the category of Ground Coffee.

For a person who knows a lot about coffee and appreciates its taste and quality, Live Coffee is definitely a brand that is able to satisfy their taste-buds. It is very well made from a high quality arabica coffee, making it has a pleasant taste and aroma. The company that produced this brand actually has a patented technology used in roasting coffee, so that they are able to retain all the useful natural properties in the coffee, and confidently claiming that their coffee is healthy, and making it one of the best brands of coffee made authentic from Russia. The brand does not only offer the type of ground coffee and instant coffee, but it also has whole bean coffee and coffee capsules in its product line.

The winning point of this brand is that it has successfully incorporated the uniqueness of Russia’s taste preference into its product line, making it become one of the big players in Russia coffee brands and stand out among its competitors.

In December 2018, following the hype of emerging coffee shops in Russia, the first brand coffee shop was launched in Tuchkovo Village, Moscow Region. Alongside coffee, they also serve pastries, soups and salads, and even alcoholic drinks and ice cream. The coffee shop is notable for its moderate prices.

Chernaya Karta, which is roughly translated to English as “Black Card”, was produced by a giant international Food & Beverage company, Strauss Group. While initially appeared in the form of ground coffee and whole beans, its instant coffee product line became the leading brand in Strauss Russia. Compared to the other Russian brands, it has relatively higher share-of-market in the category of instant coffee. It has a wide variation of products, from a basic Espresso in the form of coffee beans, the popular Chernaya Karta Gold, which in the making process is warmed by the golden rays of the sun, and also a decaffeinated version for those who love the taste of coffee but wanting to limit their caffeine intake.

So, those are 6 best brands of coffee made authentic from Russia. The interesting fact is, despite being considered as one of tea loving countries in the world, statistics show that the imports of coffee beans in Russia were increased in 2017, compared to the numbers in the previous year. However, at the same period, imports of tea were declined by eight percent. The growing numbers may indicate that the consumption of coffee has becoming more popular. The question is, will it defeat the numbers of tea consumption someday? Let’s wait and see.