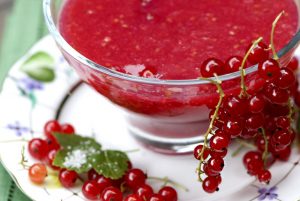 Russia is unique for their collection of original beverages. For many centuries, Russian has been creative with their drinks. Far before there were tea and coffee, Russian had long invented the likes of Kvas, Medovukha, and not to forget, the famous Vodka. Russian beverages are unique, many are hardly found in any other part of the world. They vary from alcoholic drinks to non-alcoholic ones.

Many Russian drinks are invented for practical purposes, such as to warm up during Russian harsh winter or to preserve food during the winter season. Learn about 10 most popular traditional Russian drinks, and bring the knowledge with you when you visit Russia. You know now what to order at restaurants in Russia.

Kvass is one of the authentic Russian drinks. It’s the most popular traditional Russian drink and also the oldest one. Kvass is said to be originated in Russia since 1000AD. It is made from rye flour and bread with malt. Although fermented, kvass is low in alcohol content, making it a suitable drink for of all ages.

Russians drink kvass on many occasions. It usually served hot during winter. Russians also serve this drink during a wedding. Kvass has an acquired taste, so it might take a while to get used to. But once you are familiar with it, you’ll love it more than your typical soda.

Traditionally, there are hundreds of ways to prepare kvass. Kvass preparation is a specialty of Babushka (Russian Grandmother). After the fermentation process, Russians usually also add fruit and berries juices to create a tasty flavor.

Kompot is a Slavic drink that’s popular not only in Russia but also in its neighboring eastern European countries. It is made from a large amount of water, boiled with fruits and added with sugar as an additional sweetener. The fruit used for Kompot are strawberries, apples, peaches, apricots, and many more. Russians often add vanilla and cinnamon to enhance the flavor.

Back in the day, Kompot is a way of preserving fruits during winter. Nowadays it’s still a popular drink during winter time. Russians serve Kompot hot in winter to get rid of the cold. Since it’s a non-alcoholic beverage, Kompot makes a perfect beverage for people of all ages.

Kissel is made from fruit juices that are thickened with starch. The most popular fruits used for Kissel are cranberries, cherries, and red currants. This drink was especially popular during the Soviet era when food was scarce. Adding starch to fruit juices will make the eater feel more fulfilled. A cup of Kissel would be enough for a half day.

Russians nowadays enjoy making Kissel from a mix sold at supermarkets. Russians drink kissel either cold or hot. When Kissel becomes too thick, it can serve as some kind of condiment to pancakes, like jam. Thick Kissel can be eaten directly too, usually served in a bowl with sweet cream on top.

The famous Russian alcohol beverage is associated with the identity of Russia itself. There’s nothing Russian love more than Vodka for an alcoholic beverage. Vodka is distilled from sugar-rich plants, typically wheat or potato. The drink contains 40% of alcohol. It is usually served ‘neat’ or in cocktails such as cosmopolitan and bloody mary. Vodka easily tops the 10 most popular traditional Russian drinks.

Being the country where Vodka is originated from, Russia is undoubtedly the best producer of Vodka. When you’re visiting Russia, do not forget to take one as a souvenir. You can get the best vodka in Russia just by visiting the neighborhood minimarket. Famous Vodka brands in Russia, for example, are Smirnoff and Russian Standard.

Russians love to collect berries or “dacha”. They make berries into jam, eat them raw, or make a dessert out of them. They also make a beverage from berries, called Mors. Mors is made from berries mixed with water and sugar. The mixture then gets fermented but only slightly.

Mors has a deep maroon appearance just like wine. It tastes sweet and sour. It also often being served in a cocktail with Vodka.

The harsh climate in Russia has made Russians very creative with their food and drink. Russians take the liquid that seeps through birch tree for a drink. Called beryozoviy sock or birch juice, the seep is usually harvested around April to May. Although you can to try harvest birch juice yourself, it’s more convenient to buy it directly from a supermarket.

Sbiten is a Russian drink made from honey as its main ingredient. Honey is boiled, then spices and juices are added. Russians love to drink sbiten, especially in winter. They like to serve it hot.

If you’re wondering how is the taste of sbiten, the answer is depending on its recipe. Sbiten can be very sweet, but on the other hand, it can also be spicy, depending on the ingredients. It’s easier to prepare sbiten than to prepare kvass. One way to prepare it, you can add honey and spices to a pan of water, then boil them all together.

Ryazhenka or baked milk is another most popular traditional Russian drink. It is made by boiling milk with low heat for 6 to 8 hours. The result is milk with a creamy consistency, thicker than the usual milk because the water has evaporated. A bacteria culture is added afterward, to help with the fermentation process.

As opposed to yogurt, Ryazhenka is creamy with a bit of sweet instead of sour. It can be consumed directly during breakfast, lunch, or dinner. Ryazhenka can also act as an alternative to milk and yogurt when baking.

Tea’s arrival in Russia might have been late but the drink soon gained a huge fanbase. Tea entered Russia when the old Russian Empire started to expand their territory to Central Asia. Black tea was their favorite, but other variety of tea such as green tea, soon became a favorite too.

Nowadays, Russians are still heavy tea-drinkers. It’s a number one beverage even before coffee. When you visit a cafe in Russia, chances are you will encounter great options for tea on the menu. Russians do love tea. It’s also inspired Russians to invent samovar, a special kettle to boil tea while the tea is also being served.

Medovukha is similar to mead, only cheaper and faster to make. It is made from fermented honey. Medovukha’s alcohol concentration is slightly greater than beer. This is one of the ancient Russian drinks. Nowadays, you can find Medovukha at the honey section on supermarkets. There is the non-alcoholic version of Medovukha too. You can opt for this if you don’t drink.