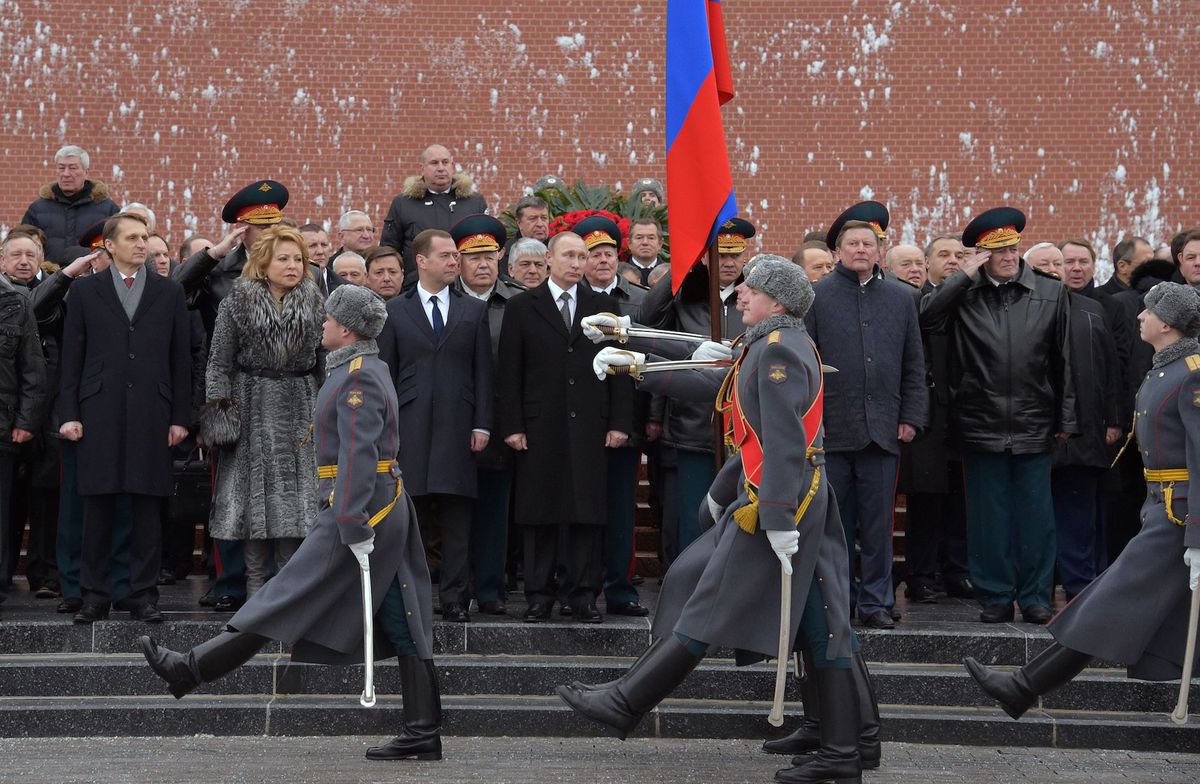 It was originally known as Red Army Day, a celebration to mark the creation of the Soviet Army back in 1918.  The holiday endured several name changes throughout the years. The last one was given in 2002 when it officially became Russian public holiday. Even though the celebration has an obviously military origin, it is more often than not referred to as Defender of the Fatherland’s Day or Men’s Day and is now considered to be the equivalent of International Women’s Day.

Even though the day has become a way to honor all men as a whole, the public celebrations of February 23rd are still centered on Russian soldiers and military achievements. Particularly, parades and ceremonies throughout Russia celebrate soldiers, are be they past or present, and also war veterans. The holiday is pretty much similar to Remembrance Day in Canada and Veterans’ Day in the United States of America.

Since the holiday is meant to pay tribute to soldiers and war veterans, the big, exuberant public celebrations are mostly military-centric. There would be parades, parties, sporting events, and concerts abound throughout Russia. Meanwhile, the president, usually in a company of military officials, attends a wreath laying ceremony beside the Kremlin.

Among all the celebrations of military might, obligatory salutes are so far the most spectacular ones. While the holiday’s entertainment still can’t beat the glory of Victory Day on May 9th, the February 23rd in Moscow alone will rise its popularity be as there are sixteen sites that allow their visitors to watch firework salutes.

Russian authorities may be assigned to organize local parades to celebrate the military and veterans on that day. However, it is becoming more common for women who serve in the military to be celebrated on this day, too. This fact challenges the traditionally masculine aspect of the holiday.

In contrast to the public celebrations, private celebrations of Defender of the Fatherland Day are mostly not related to military achievements, save the fact that an important man is or might have been a soldier.

On February 23rd, women usually give the men they are close with gifts of extra appreciation. Those gifts can vary from relatively small and impersonal such as socks and cologne to the expensive ones such as watches and other men’s accessories, or even highly personal such as trips and experiences. Flowers and chocolate are unusual gifts given to anyone on that day. At home, wives will often cook a celebratory dinner for their husbands. At school, kids sometimes bring greeting cards for their male teachers and make military-themed arts and crafts projects to bring home to their fathers.

Obviously, private celebrations are meant to be on a much smaller scale than the public ones and in no way related to military achievements, unless the man is or was a soldier.

Defender of the Fatherland’s Day is most celebrated at the workplace. On February 23rd, an office table will be laid with alcohol and various snacks, and work colleagues will devise entertainment for their compatriots. To celebrate the holiday, office’s workers are usually divided by gender, and then they secretly plan how to celebrate the respective days. Since February 23rd comes first, female workers will raise the stakes so that their male co-workers will not forget to celebrate them properly two weeks later.

For example, a bunch of female workers will surprise their male co-workers by taking a more creative approach and getting a stripper in along with a festive table set up in the office. They serve them with vodka, champagne, pickled cucumbers, and sandwiches. The men are expected to get them back two weeks later on Women’s Day. They can either treat their female co-workers to a sauna or simply give them bouquets of tulips. Since most offices are closed on February 23rd as it is declared as a public holiday, many offices have a small celebration the day before or after.

4. Do Some Gift Shopping

Defender of Fatherland’s Day is the time when women go on a gift shopping spree and buy their men presents, not just boyfriends or husbands, but also fathers, brothers, teachers, and sometimes co-workers. They usually go for small gifts such as socks, cologne, and shaving cream. However, there are also women who choose to buy more expensive and personal gifts for their men. At schools, male teachers often get greeting cards from their female students. The female students will also give small presents to the male students in their class.

5. Watch a Military Movie on TV

Even though on this day Russia celebrates men as a whole on Defender of the Fatherland’s Day, the idea is that all men can potentially defend their country when the time comes. So, there are lots of military-themed movies on TV for those who have not yet experienced serving in the army. Watching all-time classic such as “Only Old Men Are Going to Battle” or “Six P.M.” is a very common way to spend the holiday evening.

February 23rd is probably the only time of year when all wives somewhat willingly allow their husbands to have a night out drinking with their male friends. Needless to say, they will happily take advantage of such privilege since boozing with their male friends is not only fun but also good for their mental health. According to the research, stress levels among men significantly drop when hanging with friends of the same-sex and it cannot be said for date nights or time spent with family.