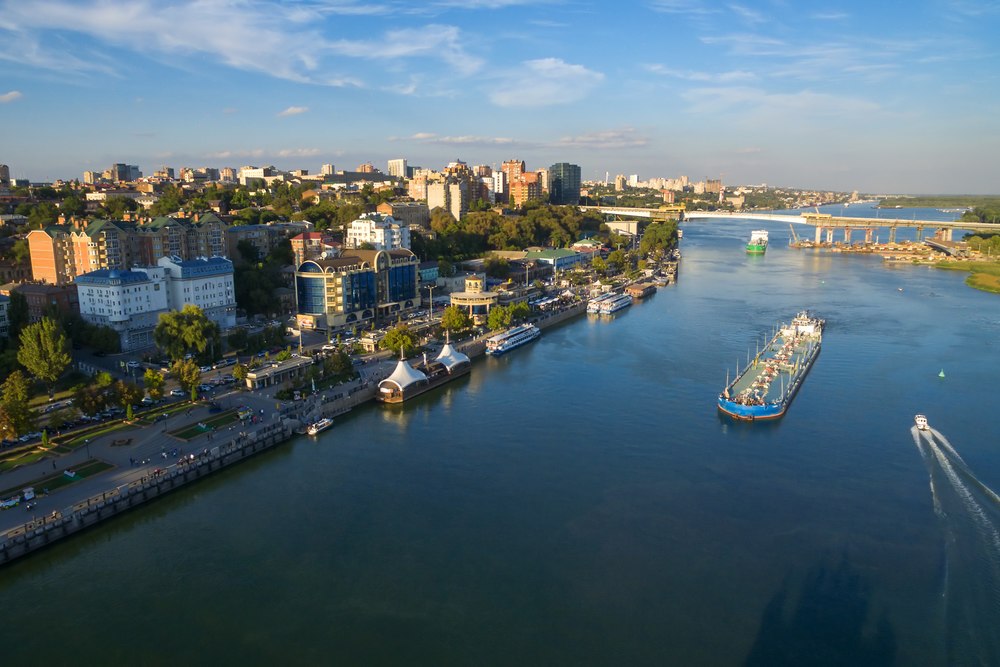 Rostov on Don– or simply called Rostov belongs to one of the largest and the oldest city in Russia. It is inhabited by over 1 million populations. The city is located in the southern part of Russia with approximately 670 miles (1070 km) away from Moscow, Russia. The name Rostov on Don itself is actually derived from the location of the city which is very close to Don River.

The big river plays important roles in the trading economic of southern Russia since long times ago. It connected the trading between Russian sellers with the people from the Black, Aegean and Mediterranean seas. Besides the strategic location, there are still some facts about Rostov which is still rarely unknown by people worldwide. Below are 7 hidden facts about Rostov on Don in Russia:

The city was officially founded on 1749, exactly at December 15th. The event which remarked the acknowledgment was when empress Elizaveta Petrovna signed a decree establishing Tesmenitskaya customs.

When the war occurred between Russian army and Turkish, the fortress fight really hard for the country’s winning sake. This historical background was the reason in which the city is named as the combination of St Dmitry Rostovskiy and Yaroslavl Demetrius (1652-1709) – later transformed into the fortress of Dimitri Rostov, or simply Rostov, to differentiate with the Great Rostov the great in northern Russia. The official city status Rostov-on-Don received in later in 1807.

2. Rostov on Don as educational center

As part of the most literate city in Russian country, the number of educational school and institutions are so dense. They are lots universities, secondary schools and academies both state and private, vocational training colleges, technical schools, and elementary schools.

3. The city has numerous fish markets in Russia

The location of Rostov on Don in which it is connected to five different seas, also the status as the main port city of Azov Sea, this city is a home of fresh fish variety and seafood trade. You can find many markets which provide fresh fish from boats. To be exact, the five seas are follows; The Black Sea, the Sea of Azov, the Caspian Sea, the White Sea and the Baltic Sea. And it is not surprising to get cheaper price of fresh fish since the number of stock is so huge.

4. The Bridge of Voroshilovskiy in Don River

Separated between Europe and Asia, this geographical location is not a big deal, because the city has connected the two parts of the world with this special bridge named Voroshilovskiy Bridge. It considered to the unique invention because you can find a border dividing Rostov on Don in between Europe and Asia across the river. And the construction is also quite unique because it is the first bridge in the world which glue joins without using any bold and welding. It was built in 1961until 1965 and was reconstructed in 2017.

5. The city was considered as the most criminal city in ancient times

Back then, there was a hard time for the city, it was named as the South criminal capital. It was caused of the number of fatal criminals happened in Rostov, from the bank robbery, traders of the old Bazaar who get robbed by the thieves and many more.

It last until 1960s, when there were entire local thieves’ dynasties who owned their illegal craft. And it got worse when creep-joint casinos attracted dubious people all over Russia. It was not over yet, in 1990s when street group muggers, so called “Gopniki”, were in charge in some areas and do the criminal actions.

But thankfully, nowadays Rostov on Don situation has changed and there is almost no such fatal illegal actions happened in the streets of the city. For tourist, you can get save hospitality and visit the city attractions with no fear. The past has now remained as bad history.

6. The climate in Rostov on Don

The climate in the city is temperate continental, usually marked with soft winter and hot summer. But recently the global warming issue has influenced the change of climate, both in the city and the world global climate. From temperate continental onto typical Mediterranean, this is marked with the rainy winter and a hot, dry summer. The average temperature in January is minus 3 degrees Celsius, in July – plus 23.4 degrees Celsius.

For foreigners, make sure to arrange your schedule carefully according to the right season when you want to visit Rostov, because right arrangement will make your journey more comfortable and your day brighter in a nice weather.

All you can visit by the transportation provided or you can just take a walk near the hotel. For your information, there is no metro system in the city; there are only buses and minibuses. But the bus systems departure and routes is very reliable, so it is fine for getting around the numerous tourist places. The trams and trolleybuses are also available but only limited uses and routes.