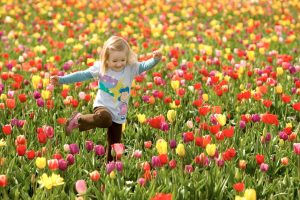 Going to Russia during the winter season can be harsh. And also Russia is known for it long and cold winter season, what do you expect from a country near the artic? but even though they have a long period of winter, there is still three season you can expect to find in Russia, the best season to enjoy the scenery is spring.

What is the reason I said that? Obviously, because spring in Russia differ from another country, in which you could still see the ice melting slowly. Water in lake still frozen solid, but you could expect a warmer temperature. Planning for a tripton Russia during the spring season also suggested by many people. Because in spring there is many cultural events like the musical event, harvest festival, and many more.

Spring in Russia start in March, but I suggest you don’t go there during that time. The reason is simple, basically, in March, the temperature is not much better than in the winter season. There also an occasional blizzard, and the snow is not yet melted. So you couldn’t expect to find spring scenery there. Flood also to be expected during March as it is the time transition from Winter to Spring season.

Coming during springtime usually, mean you will come between April till June. If you are really weak to cold, I suggest you go in late June, but if you don’t have any problem, going to Russia in Aprill also not a bad idea. and if you really want to come as early as spring come, here I have an information of places that could be put on your list. This information will provide you, 9 places in Russia where spring comes first. Also before preparing for trips you could also check some other places that might interest you like Kazan, or maybe you just want to find a small town in Russia.

Well, this is to be expected, obviously, Sochi has a much better temperature than any other places. Subtropical climate because of Sochi location in southern part of Russia, also part of the reason. But in Sochi what you expect to enjoy is the Beach, which Sochi is famous for. So if you want to find greenery, find other places on the list below of 9 places in Russia where spring comes first.

This city may be still a city which is near the beach. But you could enjoy some scenery if you go outside. There is Lake Abrau near the city about 14KM. It’s not so far, as long you don’t go by foot. in Novorossiysk, the spring also come more early than most of norther Russia, and the snow also starting to melt in March. Although Novorossiysk is not a resort town, if you really want to enjoy the beach, you could find Anapa or Gelendzhik which are known as a resort town.

Now we move, until now I thought we already discuss many town and cities, now we move to someplace with nature. Which is why it come to Caucasus Nature Reserve, yes it is a green lush in Krasnodar Krai. And it also have an early spring there, which in March you could find the real spring season like in another country. The worst part is, to get access to enjoy this places, you must have permission in advance as this is a protected place for nature. And remember, especially for Indonesian people that got the permission. Don’t throw your trash carelessly.

One more places, also from Krasnodar Krai region which enjoy spring from early March. The temperature here already warm in March. it is around +9.1 °C  which is considered warm than any places in Russia at this period of time. In Goryachy Klyuch you could enjoy many nature, from the lake to mountain. You could also find some waterfall here.

You may hear this place already, yes this is one of the cities in Russia that become a host for World Cup 2018. So you could many facilities here, as it has many tourist spots that are worth visiting. Rostov-on-Don also one of city which spring comes early with average +2.2 °C. In Indonesia, it is considered cold, but it is still a temperature in which the snow and ice could melt.

Tourist Sites that you should find in Rostov-on-Don is many, and I guarantee one of the will suit your taste. For the start, there is local bazaar to find some local souvenirs, also a bridge over Don river, which is good for spending time with your lover. And if you are alone, well I’m sorry, the Rostov Zoo might provide you with some animal sanctuary.

Although this place is not much known to the tourist, it is still one potential places to come. As it is located in Krasnodar Kai Region, Severskaya also enjoys an early springtime. The green nature scenery here could soothe your heart. You could also sightsee the Sober-Oashkh Mountain, which also serves as their landmark.

If you want to see the waterfall, you could go to Daryiny Waterfalls, and see how the ice is melting in the waterfall. Ice fishing also available in Lokhness Lake, which is also famous for it “Nessie”. So if you ever like mysteries and legends, go there quickly.

As one of the cities in southern Russia, early springtime also comes to Astrakhan. The temperature here could go high till +24°C but usually, it just around 7,8°C. Astrakhan also known as the city of black caviar from it main delicacies. The city architecture also serves as one of the main attraction here.

The main district of Russia Krasnodar Krai region. Obviously spring also comes early here. Many attraction could be found here, there is circus hall, a beautiful concert hall, and the last is Avrora cinema center. Many things could be experienced here. And one more thing that I forgot, you also could go to the steel lattice hyperboloid tower, the view must be great!

Now that you know now, 9 places in Russia where spring comes first. And from what you can see, the region located in southern of Russia have warmer temperature than in the north. So if you ever plan to travel in Russia during spring, the places listed above could serve as your guide. Now go and buy a ticket to Russia.