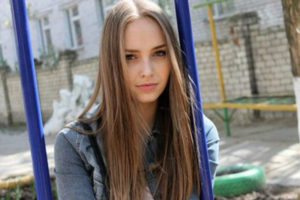 Russian women are different from the American women we’ve known and seen in movies. In this competitive modern world, most women are focusing on their career and having a professional job, rather than having the traditional mindset of staying at home, be a traditional housewife, etc.

Below are the 5 etiquette of dating Russian women:

“A gentleman does not do what he wants to do, but do what he should do”. In other words, the man in the relationship would give more concern and attention to his Russian lady. The general etiquette when dating a Russian woman is to be a gentleman to her. When a man pays proper care towards his girl, the little things such as helping her to open the door, helping her in getting out of the car, offering your arm when you walk together with her, etc, will melt and win her attention and heart. Russian women have always been taught to be a proper lady led by the men. Meanwhile, Russian men have been taught to treat girls like a queen. As such, even in a relationship, this etiquette is still to be expected.

No one will feel more pleased than a Russian girl who received a gift from their man. Offering a present during the date will show the gentle side of yourself. This is also a delicately meaningful thing to do, showcasing that you are interested in her. The purpose of giving a present or gift to your partner is to show your attention and love. Therefore, if you want to show your feelings and interests towards your Russian girlfriend, you should prepare a gift for every dates and occasion. What counts is not the gift itself, but the thought and effort that comes along with it. But it will be even better if you knew her interests and what she likes and dislikes and gift her accordingly. This will show that you paid attention to her words and are truly interested in her.

3. Pay more attention in dress up

Russian women pay serious attention to their looks and put in a lot of effort to their physical appearance in order to look more attractive and gorgeous. Related to the article How to Make A Russian Man Fall In Love With You and other relationship and cultural articles,  you will realize that Russian people actually give a serious attention and consideration to their appearance and clothes since it will be what makes the first impression towards their crushes. After all, first impression matters and lasts. This does not necessarily mean that you must own high-fashion and branded expensive clothing. However, a well dressed man, cleanly shaven, and neat is what women sought for. Even far into the relationship, maintaining your appearance is expected. In return, Russian women themselves will maintain their beauty and put forth effort in their looks as well.

The general scenario is, (in other countries) a man and a woman is having a dinner in a restaurant or cafe. It is generally expected that the bill will be split equally or paid in respective to how much one ate. However, in Russian culture, men are to be the one who pays for the whole date. Not just the date, men are expected to be the one who leads the whole date, from arranging to deciding the plan from bottom to top. Russian women are to follow whatever decision is taken. This will continue forth even in the relationship where men will lead and their lady will agree.

5. Be the one who initiates (make the first move)