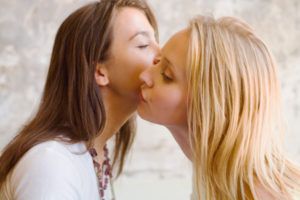 Each country has its own special kind of greeting. These greetings may also differ when it’s between friends, family, strangers, or even acquaintances. If you’ve been to Russia, have Russian friends, or just familiar with the Russian culture, you might know that Russians have their own way of greeting each other.

These greetings can be handshakes, hugs, kisses, or even backslapping. This article will specifically discuss about the Russian greeting kiss. How do Russians kiss each other when it’s a greeting? Are they any different from other countries with such greeting? Who are these greetings for? This article will tell you all the facts you should know about Russian greeting kiss.

Below are the 5 facts you should know about Russian greeting kiss:

1. Kisses are reserved for good friends

2. Bread and salt with kisses

Maybe someone close to you (of Russian origin) greeted you with a kiss and gave you some bread and salt. What does it mean? Gifting someone bread and salt with hugs and kisses signifies a welcoming gesture. This is part of Russia’s tradition, with a long history behind it. You may learn more about the significance of bread and salt by reading Bread as Symbols of Every Aspect in Russians Life, Bread and Salt in Russian Traditions, and The Meaning of Bread and Salt in Russian Wedding Traditions. To shortly summarize, bread and salt symbolizes the most important food for the people. Salt itself is believed to be protection from evil spirits and misfortunes. That’s why, by giving someone bread and salt, accompanied with kisses, is to give protection and blessing to someone with affection topped upon it.

3. Kissing on the lips

Through the Russian history, people have always loved kissing others on the lips as a greeting. Although they are not common nowadays, back in the older days, it is very famous and common among political bigwigs back then during the Soviet era. The tradition of male greeting kisses on the lips was brought by the Balkan clergy who performed the kiss during Easter. The act immediately caught on and became quite famous everywhere.

To this date, there are quite a few Russian male figures who are well known for their lip greeting kisses. One of them is General Secretaries Leonid Brezhnev who kissed quite a number of people, starting from American actor Burt Lancaster, Khrushchev, U.S. President Jimmy Carter, and every member of the Politburo. Hilariously enough, some would even comment that Brezhnev is your average politician but an extremely amazing kisser. Other known kissing episodes by political figures are those by Yeltsin and Mikhail Gorbachev. During Gorbachev’s times, kissing was no longer that famous, but he was still caught on camera kissing the lips of Eric Honecker, the leader of East Germany. The photograph was printed on a newspaper spread around the world.

As the Russian author would once say, “kissing is a habit of the Russian people when they become famous.”

A triple kiss used to be customary as well until the modern times caught up and it is only reserved for Easter. Most would start with kissing the right cheek, then left, then back to the right. Back in Soviet times, the triple kisses are not done on cheek, but on the lips. These kisses can go from lip to lip and with even french kissing. Besides Russia, there are also several other countries that practice this gesture. Some examples of other countries with triple kiss greetings are Serbia, Netherlands, Belgium, Montenegro, Egypt, and Switzerland. Other countries can even go up to four kisses!

5. Kissing the Wife of the Host

This is something that surprised many foreigners. The custom of male lip kissing was replaced by the custom for guests to kiss the wife of the host on the lips. If you refused to do this, the hosts would even be disappointed. In Russia, kisses are seen as a gesture of welcome and mutual respect. That’s why, the difference in the meaning of kisses can cause confusion and people can be reluctant to do this.