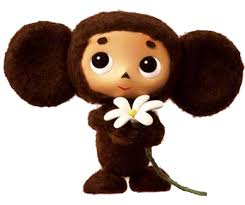 If they were questioned about their knowledge of cartoons from Russia, surely many would answer if they knew about the cartoon. And the cartoon title they mentioned often was Masha and the Bear. When in fact, Russia has their cute cartoon character Cheburashka. In order for you to get to know Cheburashka more, let’s look at these cute facts of the Cheburashka cartoon.

Cheburashka is a Russian cartoon that has the main character who has the same name as the cartoon title. Cheburashka is a cute little creature that lives in tropical forests. He has two friends namely Crocodile Gena and a little girl named Galya. Cheburashka’s character was born in 1965. The popularity of this cartoon began to increase in 1968. Until now, the Cheburashka cartoon has been translated into many languages in the world. Even in most countries that broadcast this cartoon has its own name to make it easier to recognize.

The name Cheburashka according to the story in the cartoon, was given by the grocery store manager who found it in a chest filled with oranges. Cheburashka who felt too full accidentally fell asleep in the chest. The name Cheburashka comes from the Russian verb “cheburakhnutsya” which means “fall” or can also “stumble.” The name was given to Cheburashka because when he was taken out of the chest, he could not stand properly and often fell from the table and then to the chair and ended up on the floor because his legs might feel numb due to being too long in the chest containing the orange.

After being discovered by the grocery store manager, Cheburashka was taken to a local zoo. The zoo officer refused Cheburashka because he was a creature that could not be identified. While in town, he saw an advertisement (sign) made by Gena the Crocodile and visited the crocodile’s apartment. That’s why their friendship starts. They begin their adventure together. Gena is a 50 year old crocodile. Gena turned out to work in a zoo and there he worked as … a crocodile. Really. I am serious. He worked at the zoo as himself to attract visitors in the zoo. It’s strange, but that’s what happened.

The figure of Cheburashka is a cartoon character included in old age because he was first known in 1965. Although he is more than 50 years old, Cheburashka still has many fans and remains a favorite cartoon of children. Cheburashka also became a mascot by the Russian Olympic team in 2014 with different colors according to the colors of each team. Because Cheburashka is famous among children, Cheburashka has also been made in a doll version, and various other forms of Russian souvenirs. Wouldn’t it look really good when we have an adorable Cheburashka doll to be our collection at home?

For this one, it still seems to be a debate for some people. One day, there were some people who said if they really saw the original version of Cheburashka at the zoo when they visited it. Most people naturally question the truth of this news. Some claimed that they also saw Cheburashka and some said that it was only their imagination. However, the creator of Cheburashka character insists he will not say much about it. He said if Cheburashka is a fictional character. Viewers or fans can see Cheburashka through cartoons. Because I personally think if not all things or characters that look funny and adorable in a cartoon will look like as same as we see it in the real world. Am I right?

Cheburashka’s popularity in Russia is not a joke. Since Cheburashka became popular, there have been several projects for culture and for the social in Russia that made Cheburashka an inspiration. In 2005 there was a monument erected in the Moscow region for Cheburashka, Gena and Old Lady Shapoklyak. The location of the monument is in Moscow kindergarten.

The use of the word “Cheburashka” is also becoming popular for objects that have a shape resembling or similar to Cheburashka. Cheburashka was also used as the name for a half-liter drink bottle in the Soviet Union. There are also those who say “Cheburashka hair” to discuss artificial fur. That’s because Cheburashka is not an “authentic” species in this world.