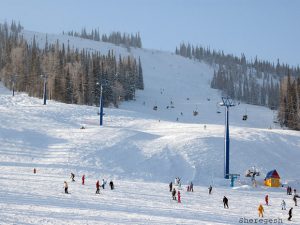 When someone talks about Russia, the one thing they relate to is cold. Although this fact true because of their geographical climate which had longer winter, but it also has longer summer. Spring and autumn are short but unique. Russian autumn is cool with the amazing natural scenery. Spring is lively and warm. Most of all, all the seasons are welcome with joy and festivities. Russian festival covers are held in all cities in Russia, especially Winter Festivals which last the longest.

This festival includes Christmas and New Years which are celebrated in all city across Russia, the differences lie on how big the event is. Typically, the bigger the city the bigger the size of the festival. But there are festivals only held in a certain city and become their iconic event and known Internationally.

Russia is a gorgeous destination offer for its unique culture and festivals. Russian festival reveal some of the most amazing tradition and rich cultural side of the people. There is two kind of festivals in Russia. Firstly, the common celebrations shares by other parts of the world, the world, such as Christmas, Easter and New Years. Secondly, festivals based own Russian culture and history includes Festival Maslenitsa and Krasnoyarsk snow and ice.

The capital city of Russia surely have the most festivals held in the city. The city has several famous public places which regularly uses as a place to hold the most famous Russian Festival, such as :

Some of the Festival held in this city are highly influenced by tartar culture and Muslim. The city is divided into two sides that connecter by the Millenium bridge, one side is where the tartans culture flourish and the other side applied to more classical Russian tradition. Festivals held here include:

The wonderful Siberia area is a home for several festivals that commemorate the changing of the season. The vast area of nature that change with time, make this place famous with its natural scenery. Russian Festival hold here, includes :