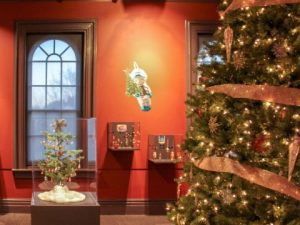 As we know, Russia has a very long history. The greatest country in the world has felt many ruling regimes. Starting from the Russian empire, the Soviet Union became Russia now.

Each regime certainly has different regulations in regulating the lives of its people. These rules certainly affect many aspects of life in Russia. starting from the political, social, educational, economic and cultural aspects.

In this article, we will discuss specifically the influence of the Soviet regime on Russian culture, namely religion. Until now, orthodox Christians were religious with the most followers in Russia. Maybe, now they are free to celebrate Christian holidays like other countries. However, whether at the time the Soviet regime was in power they were also free to celebrate Christmas? Apparently the answer is no. Then what is the cause?

Immediately after the Bolshevik communist revolution in 1917, the Soviet government vigorously imposed atheism policies throughout the country. Christmas with all its traditions such as Christmas trees, Christmas lights, or Santa is strictly prohibited. The country carried out a massive campaign to oppose the celebration of the big holidays of all religions in Russia, and one of them was Christmas. And maybe you also know that soviets are not religious countries. And if they want to do a Christmas celebration, they have to do it secretly. If found, they will be hated and get sanctions from the state and even imprisoned. Believing in God is considered something ancient and ridiculous.

However, in 1935, there was a total change in the way the Soviets celebrated Christmas and New Year. The Soviet government again allows for frills of Christmas and new year celebrations. But this is only to welcome a new year, without any religious meaning. And Christmas is still not recognized. Then, how does Russia Russia celebrate Christmas? Here are the answers.

1. Not Celebrating Christmas, But New Year

The Soviet government allows for celebrations, but not for Christmas, but welcomes a new year. The new year is about saying goodbye to last year and welcoming new ones. It focuses on celebrating happiness, love, prosperity, and relationships.

New year celebrations are held on 1 December. And at this time, the Soviet government made a policy of national holidays. However, on Christmas Day December 25, there is no holiday. Everyone still has to work and go to school. Christmas is a secular celebration, without any religious elements. In fact, while celebrating new December 31st night, everyone is not decorating a Christmas tree, but a new year tree.

2. Santa Is Changed To Grandfather Frost

All things about Christmas are changed. Included with Santa. Because celebrating Christmas was changed to a new year celebration when the Soviet regime came to power, the saint was also changed to grandfather frost or “Ded Moroz” in Russian. Ded Moroz is a figure in eastern slavic culture and Russian fables. Ded Moroz is the number one symbol for new year celebrations, as is the santa which is a symbol of Christmas.

From the look, Grandpa Frost looks very similar to Santa but it turns out there are some differences. Grandpa Frost looks much higher than Santa. He wears a fur coat along his heels, a half-round fur hat, and valenki on his feet. Valenki is typical Russian leather and fur. He also has a long white beard and walks with a stick. And what distinguishes him most from Santa, the frost grandfather, brought his grandson, Snow Maiden. He helped his grandfather by bringing gifts and giving direction. The mode of Grandfather’s Frost transportation is a sleigh pulled by three horses. Sometimes horses are replaced by spaceships to promote the success of soviets.

But unlike Santa, Grandfather Frost sometimes doesn’t give gifts for free. You have to do something according to his instructions. Like in kindergarten, Grandfather Frost often appears to party with children. He will give gift children after the children are asked to sing, dance with Snow Maiden, or read poetry. After giving a gift, Grandpa Frost dance with Snow Maiden and children under the new year tree. No less interesting than Santa, right? It’s just that Grandpa Frost as a symbol of the new year, and Santa as a symbol of Christmas.

It turns out that pine trees are also allowed to celebrate the new year on soviets. Beautifully decorated evergreen trees. However, the pine tree is decorated with the symbol of the Soviet Union. Like small rabbits, pieces of ice, round bread, crescent-shaped ornaments, hammers and tractors with the aim of remembering Soviet history.

As a tradition, a family will make a new year tree and decorate it together. The gift was placed under a tree to be found and opened by the children the next morning. Large cities also install giant new year trees to be enjoyed by people outside. Looks like a Christmas celebration, but remember! Not a Christmas tree but a new year tree.

The only small difference is that most soviet new year trees have a red star symbol on it as a political message. Very contrary to the western world Christmas tree with an angel symbol on the Christmas tree.

4. Another new year celebration tradition in the Soviet Union

In addition to the tradition of sniffing frost and Christmas trees, there are some activities that soviets can do on New Year’s Eve. Like drinking champagne during, after, or during celebrations. Then they also watched the president’s short message on TV before midnight, and lit fireworks. In addition, they also eat pounds of potato salad, say “Happy New Year!” To everyone they meet, count down to midnight as hard as you can, and gather with friends or family.

Those are 4 answers to how the Russian Soviet celebrated Christmas. They don’t celebrate Christmas, but the new year even though the celebration is almost similar to Christmas. At that time, the Soviets were a secular state, separating between the life of the state and religious life. In fact, on December 25, Soviet society continued to carry out the routine as usual.

However, since the collapse of the Soviet Union in 1991, Russian society has been free to celebrate Christmas. There is a very unique Christmas tradition. They celebrate Christmas twice. Namely on December 25 like other countries, according to the Catholic Christmas calendar. And also on January 7, the version of the orthodox church.