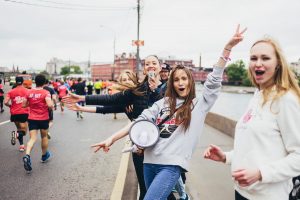 Russia is the largest country in the world. It extends from eastern Europe to northern  Asia, while 77% of area located in Europe mostly became the center of government and important administration office; as Moscow and St. Petersburg, and the rest 23% of area is mainly about natural resources which also very important to the country. Being at the center of two continents have made the culture also became the mixture of both, or we called it Eurasian.

Moscow, as the capital of Russia, is the most populated city, also the busiest city which organizes all the government’s vital business. Became an iconic grand city where the political, economic, cultural and scientific center of not only Russia but of Eastern Europe as well, has a little bit influenced the people’s character in their way of everyday life. The people character somehow seems arrogant, unfriendly, cold and other stereotypes. But is that really their true color or just stereotype? Let’s take a flash back at their historical background. They have a struggling era of politics, which remains such a cold, rather suspicious and careful with foreigners. Don’t worry too much, as long as you mind your attitude, open minded and easy to adapt, it will be easier. In addition, always keep in mind that not every stereotypes is really describes what their character in real life, no matter what their origin, state and culture.

For you who are interested to travel to Moscow, or prepare to stay there longer, here are tips to get along faster with Russian in Moscow.

Russian – the official state language – is the most used language in Russia, then followed by other local language such as Tatar and Ukrainian. Don’t be surprised when you find the information board, traffic sign, public transportation and any facilities using Russian language. If you only able to speak English, this is the reason why it’s really important for you to start learning it.

The key of communication is understanding one another, so do the important thing to get along is speaking up what we want to express with the language. How we can get along faster if we don’t know one word to just say our greeting, a very basic introduction and continue to further friendly talking.

Being able to communicate with their language will make you easier to make some new friends, to broaden your circle and give chance to find your partner. By doing so, the local Russian people in Moscow will appreciate more of those foreigners. It shows that you are not just ordinary tourist, but you do interested in getting along well by seriously learn their language.

2. Bring gifts to their house

In Moscow, and almost in all Russia, when you are invited to someone house, it is very common to bring gifts. Remember not to come empty handed, because it is considered impolite. They started to consider you as their close acquaintance once they invite you. There are also festive meals, which rarely served in their everyday dish. Sure this has to do with consuming more money and the thing to do in return is giving them gifts. It should not be always expensive gifts; buying flowers or chocolate for your female host and bring wines or some vodka to your male host. So if you want your relationship run well and get faster development, this tip will work.

When you are in another country, always remember “I came from another culture, I should always pay attention to my attitude”. By always keep faith, you won’t be in a problem hanging out with different people from different country you visited. This would also work in Moscow, which is famous with their busy life and full of mobility. That might be the case when you are sitting in a public transportation to get somewhere with your acquaintance in a busiest time then you find the woman getting in, no space left, come on and be gentle to give your seat to her. Your friend and the Russian people around will be so impressed and will give you more value as foreigner with manner. Otherwise, by not doing so, not only your surrounding but might be your friends would be offended and annoyed.

“Learning is forever lasting”, you will get used to learn everything new once you travel to another country. Most of local people prefer foreigner who know little much about their history to those who know nothing. It is also relevance with making new circle in Moscow. Once you show your knowledge in their history background, you will get faster and easier to get along as they will respond and explain you even more. This will really help you maintain the good atmosphere since the topic is factual and interesting to be discussed.

5. Be confident and open minded

This is last but not least, believe in yourself, be confident and open minded. Russia is a multicultural country; Moscow is just one of it big city. They already have diversity in its culture, yet you just have to be more open to the differences. All you have to do is state your origin, they know your color of skin, dress properly – more like simple, clean and neat- , speak up your view about how amazing their country are, smile and everything will be fine. As a traveler, actually as long as you behave well, not exaggerated over something new, respect their culture, they will understand. In addition for your note, Russian men are quite chivalrous to women, and if you are a man traveling in Russia, you are expected to be chivalrous as well. In contrary, Russian women are kind, beautiful, delicate and properly well dressed, so you just have to follow the rule and I believe you will be able to get along faster with them.