Everybody has their favorite drinks. Some people claim themselves as coffee-lover. They would start their day every day by having a cup of coffee and have another one later in the afternoon with some snacks. Some people put the smoothie in the top list of their favorite drink. Since it is made from various kinds of fruits, this is the perfect thing to consume as your breakfast. The fruits supply you with the vitamins and minerals you need. You will also get enough energy for the day.

There is also a big market for alcoholic beverages. People enjoy this particular drink for many reasons. White wine, as an example, is often enjoyed with some meals, such as chicken or turkey. You can also pair it with some desserts like sorbet or meringue. Another reason people drink alcohol is for fun. That is why you can easily find alcohol when you are going to a party.

Alcoholic beverages are very famous in Russia. It is even safe to say that this kind of drink is everybody’s favorite, especially vodka. We must have heard everybody everywhere associating Russians with vodka. So, why is vodka being the best Russian drink? Let’s find out!

Vodka Is The Best Russian Drink

Here are some reasons why vodka is being the best Russian drink:

Since a very long time ago, Russians have been making vodka as a part of their lives. They drink vodka before the meal, as a way to stimulate their appetite, as well as during the meal to help them digest their food. 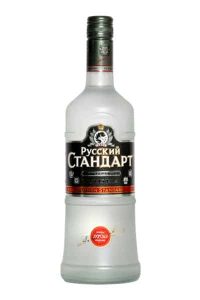 Vodka compliments many of the Russians’ food. If you are in Russia and having salted milk mushrooms for dinner, your tasty dinner will even get tastier when you have vodka as a company. When you are around the country during the famous holiday Maslenitsa, you will not miss the taste of Russian pancakes. This butter-flavor pancake with sour cream, caviar, and chopped green onions on top is always consumed with vodka. As one of Russian’s traditional food, every Russian never enjoy this particular meal without vodka.

Even when you are just having some vegetables such as steeped and salted cucumbers, you are going to taste the best of your vegetables when you serve it chilled and with some vodka. We can see know that vodka makes Russians meals taste even better 🙂 No wonder Vodka is being the best Russian drink.

Some researches show that Vodka is healthier than some other liquors, such as wine. This is back by the fact that to make vodka, there is some repetitive distillation process that must be done. This process makes the content of impurities, sugar, and calories are vodka is lower than wine. It also contains no fats, sodium, cholesterol, and carbs.

The researches compare how much calories you are getting when you drink a serving of vodka in comparison with a serving of wine. Vodka is consumed in a shot (1,5 ounce) and per serving has 97 calories. A glass of wine (5 ounces) has around 100-150 calories.

Seeing this from the health point of view, it is no surprise that Russians love drinking vodka. Not only it tastes great, but it also healthier than drinking other alcohols. Just remember, too much of vodka is still a bad idea. Make sure to not drink too much and to not mix it with some juice to keep the calories low.

Vodka is a very cheap liquor. Producing a bottle of half-liter Vodka only cost as much as 50 cents. Nowadays, you can buy yourself a bottle of vodka by paying US$ 3,20. There are some premium brands of vodka that can make you spend up to US$ 115 but the taste of the standard one is okay, too.

This another reason why vodka is being the best Russian drink. It is very affordable, especially for Russians youth. If they are enjoying this drink with some friends, they can chip in. If they want to mix it with some juices, they just need some cranberry or grapefruit juice, and in no time they can feel the effect of vodka 🙂

Vodka is popular in Russia not only as a beverage but also for its medical use. There are many Russians household that use vodka to disinfect wounds. They believe it is a good way to clean a small cut because vodka contains 40% of alcohol and the alcohol can kill the germs in the wounds. Using vodka to clean up a cut is more painful than using water. But since it will help to prevent the infection from happening, Russians still keep and use vodka for its medical benefits.

There is a popular phrase in Russia that says “Let’s organize the drink for three people”. This phrase means that people in Russians enjoy their vodka with some company instead of drinking it all alone. As stated that vodka compliments many Russians foods very well, a Russian will gather their friends to have vodka with some salty snacks, such as cheese.

When gathering with some friends to have some drinks, Russians will do it in the best way. They will drink cold vodka (it is believed that the taste can be softened by chilling it first) in one gulp. Having it with some snacks and great companies will indeed guarantee you with a good time 🙂