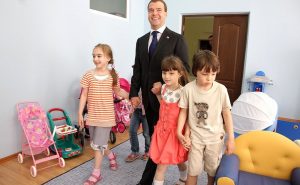 One of the most exhilarating days of the year for a child is Children’s Day. The day is supposed to be presented entirely to children all around the world. It is a day that is special and will give children and their parents good memories through years of fun experiences. However, children are naturally fickle.

It means making each Children’s Day extraordinary and unique is rather hard, especially when the children are already exposed to more of the world than their parents were as children. Fret not, however. In this article, I will provide you a list of fun activities to host on Children’s Day.

To know how to celebrate Children’s Day in a fun and extraordinary way, we must first decide how the celebration is going to be. If it is a private party at home, then it is crucial to come up with a unique theme or idea to work with, only then you will be able to find appropriate Children’s Day decoration ideas to suit the theme. If it is a special day out, then it is crucial to find activities centered on children. Keep in mind that the most important thing during Children’s Day that makes it exhilarating for them is to surround them with loved ones.

International Children’s Day was originally established by the General United Nations Assembly the middle of the 20th century. It is widely celebrated since 1954. A large number of various campaigns and events have been arranged to celebrate the day in Russia, too. It is the day where children and their parents can join in games and festivals held in cultural institutions and in open space until the end of the week. Here is a list of 6 ways to celebrate childhood memories on Children’s Day in Russia.

Festival arranged by the Best Friends Foundation and Charity Fund of Vladimir Spivakov is helt at the Gorky Park where a large numbers of works by young artists are on display at the Poklonnaya Gora. The Theatre Square is usually changed into an outdoor playset. Also, there is Dmitry Khvorostovsky concert available on a big screen installed next to the Bolshoi Theatre and seats provided for the audience.

(Also read: 8 Most popular parks you have to visit when you’re in Russia)

Campaign is held by Russian children’s rights ombudsman Pavel Astakhov and the Foundation for the prevention of child abandonment under the name of “Take Off Your Eyes of Your Smartphone and Enjoy Being with Your Child”. The campaign is focused on the promotion of family values and traditions as well as on their bonding.

There is another campaign named “We Need One Another” that will be held in over 50 Russian regions. It is dedicated to students, school students, representatives of volunteer organizations, children from orphan homes, and anybody who wants to join in. The campaign includes volunteers visiting orphan homes where they can do educational seminars, competitions, and themed workshops for orphan children.

On Children’s Day, the Tsvetnoy Bulvar is going to be full of children who want to have a chance to take part in workshops, fun attractions, and sports events, or to go to a concert. There are about 20 children whose ages are ranging from five to ten contesting with each other at the sports event. The winners will be awarded with special prizes.

A charity fair is going to be there as well and a big Entertainment Town will provide interesting programs both to children and adults. Some public services like the Moscow International House of Music, the Moscow Metro, and the Moscow Zoo will take part in the celebration, too.

(Also read: 7 Fun Things to Do with Your Children in St. Petersburg)

There is Russian pre-school education committee OMEP, a world organization for early childhood education that traditionally pays extra attention to one of the main children’s holidays including Children’s Day. The teachers of Russian OMEP committee will organize a pedagogical and creative project for that day named “We All Together Want…” The blank is usually filled subject they want to bring up on Children’s Day that time and it would be different each year. But, the main purpose of the project is to give kids a chance to tell the world about their dreams, since it is also very important to be able to hear the dreams of pre-school children in the upbringing and education process. In the project, they invite not only kindergartens of Moscow, but also all Russian children and adults to participate.

Based on the traditions in many countries, various festivals are offered specially for children on June 1st, including concerts, exhibitions, and theatrical performances. In Russia, there is a unique theatrical and circus show based on Russia’s folklores. The audience is expected to enjoy a two-hour show with special effects, unique acrobatic stunts, and dance performances. For almost a year, the performance had been co-produced by Russian artists and Cirque du Soleil. There is also a Russian stage director, Sergei Kozin who directs the theatrical show, which children can enjoy throughout the holiday. They use unique circus technologies for circus performance. Several performances are specially set for the show that day and have never been staged anywhere before.

Private celebration for Children’s Day can be done by a mini party at home or getting a cake and waking the children up in the midnight to cut it. If possible, parents can have some of their children’s close friends over. Their joy and surprise will be worth the effort. Though, it only requires some kiddy snacks, dance music, and party decorations. For the extra, doing treasure hunt around the house will do, for example, hiding a newly-bought toy in a corner of the house, leaving the clues all over, and prompting children with encouraging cheers to find it.

Those are 6 ways to celebrate childhood memories on Children’s Day in Russia. I hope this article can be useful for you.