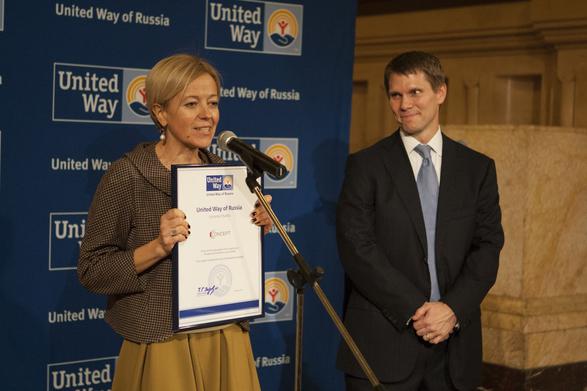 Although Russia is considered as superpower country with all its natural resources, with the largest area and the historical background, the people is still live in poverty. Especially in some rural areas which located remotely from the city center, they still face the difficulties in their everyday life. Despite being one of the world’s most powerful, Russian governments still face the problems deal with economic state, as there is a big gap between the rich people and poor people.

This discrepancy has become the main concern as the rich get richer and the poor remain the same or even get worse. The other society problems face by rural area society is also deals with the lack of infrastructures and also the health problems as they can’t manage to get better treatments due to their poverty.

Russia needs the help of peoples by giving charities to overcome the social problems as mentioned above. The help would be so useful and change for a better way of living by Russian society who lives in poverty. It is hoped that the disparity between rich city citizens and poor rural villagers, along with the health issue problems and infrastructure will be solved in a better solution.

There a lot of charity since the soviet times, either state or private charities that helps the economic conditions at that time. But as the long war condition and the fall of Uni-Soviet has made the social condition worse. But not long after that, the non-government charity foundation start to operate and grow rapidly with their programs. In principal, all of the charity foundations are focus on the changes of Russia into better life. But in fact, not all of the charity is trusted and recognizable, some of the irresponsible party take the advance from donors for their owns. Thus, here are 6 trusted and popular charities in Russia.

This foundation supports charities in related with the disabled people – children and adults, abandoned children, homeless people and also elderly people.  They are trusted and have been operated actively since 1993. In their program, they stated that the society consciousness toward critical basic needs in risk communities should be raised, along with the business community philanthropy. With this good program, it is expected that the people’s health and accommodation will be better.

This charity is backed up with the help of corporate partners and the potential donors, and later can be implemented by the regions in all over Russian country. The system is transparent and can be insured by the report activity. For more information please contact +7 (495) 780 97-18-19 or info@unitedway.ru. In the websites, you can learn about the program and how to give donations to the foundation. Notes: the website is in Russian language, but you can translate to English or your native language.

This charitable organization has been served the society since 1991. In their operation, they focus on the program of helping the poor and marginalized people live in Russia to get better living, better health insurance and safety life. They give food, medical treatment and consultation, clothing and shelter to the single mothers, refugees, immigrants and the pensioners.

Nowadays, the community has become larger with the expanding to Afghans and the African country including Nigeria and Madagascar. For those who wants to be donors, it is very welcomed. For more info please contact Imanni Burg as the Executive Director at the email address: director@mpcss.org.

Big brothers Big Sisters of Russia or BBBSR was originally part of Big Brothers Big Sisters International which was established in 1992. It is located in Moscow. The model of charity doing by this foundation is by giving mentoring or role models to the children, – abandoned or orphaned children, and local schools – both local government education and social service agencies. So, the mechanism is a mentor, which (everybody can volunteer if they are qualified) visit the child and become a brother or a sister who regularly come to the children house once a week in one year. With this approach, it is already proven that the children can be more confident, more initiative, have better spirit in study and the most important is that they can handle their emotion well regarding the emotional state problem they face.

For you who wants to get involved in the program and you are from overseas, make sure you have good knowledge of Russian, because most children don’t speak English very well. Or simply give your donation by contacting: +7 495 500 4043 or email at: info@nastavniki.org.

Nastenka is focused on helping children with cancer. It was founded in 2002 and has helped thousands of sick children with the better treatment and hospitality. This charitable foundation is also very helpful to the hospital, because they give contribution to the purchased of expensive modern medical equipment like x-ray machine, dialysis machine, blood separator etc. For further information, contact: +7 (495) 980-53-77, +7 (495) 585-41-01,

5. To Russia With Love (torussiawithlove.ie)

This charity institutions has helped thousands children and orphanage from all over Russia. It is a fantastic charity doing-life and the best charity foundations. In their programs, the institutions are focused on how to build the children mental, assist them to know their true potential, later they are expected to have stable mental and become stronger adults, successful parents and then their future children won’t feel the hurt of abandonment and be the great roles in the society. Be the volunteer or donate your money, contact email: info@torussiawithlove.ie.

6. To Children With Love (www.tochildrenwithlove.ru/en)

It was founded in 2009 and has worked hard to establish its entity in the world of Russian children’s charity. It mainly focused on children charity with the trusted donors and commissioners from Moscow celebrity, corporate sponsors and trusted donors.