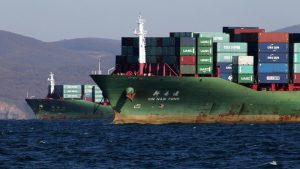 Russia as the country of large territory and rich in natural resources has long struggles in developing their economic state. Despite their ability to produce process and sell their natural resource as the world largest exporter.

In fact the country still needs to import some products which they can not produce by themselves due to some reasons. The products are varying from the automotive and vehicle products, agricultural products, and medical treatments and also some heavy equipment. Below are the lists of must know facts about Russian imports:

1. Russia is the 25th largest importer in the world

The data results showed in 2016 that Russia imported $180B, make it belongs to the 25th largest importer in the world. Russian imports represent 1.4% of total global imports which totalled $16.054 trillion one year earlier in 2016.

The most imported products which Russia purchase from other country is Cars. Especially the brand new sophisticated cars from European country which represents 3,98 % of the country total imports. It then followed by other products such as packaged medicaments then vehicle parts with the total number of 3, 88% and 3, 1% in row.

It must be surprising since we all know that Russia has the largest manufacture produce machinery from heavy to small machinery yet they still purchase the goods from another country. The machinery which Russian imports are including temperature change machines, computers along with its spare parts and accessories , valves, miscellaneous machinery, liquid pumps and elevators, centrifuges, filters and purifiers , heavy machinery –bulldozers, excavators, road rollers, vacuum pumps and piston engines.

Among all of the categories, the favourite and most imported are bulldozers and excavators up to 107%, computer parts or accessories up to 89,3% and computers including optical readers up to 33,3%. These have grown fastest demands from 2016 to 2017.

From a worldwide perspective, 47.7% of Russia’s total imports by value in 2017 were purchased from fellow European countries including Germany, France, Ukraine, Kazakhstan, Belarus, Italia and Poland. While Asian trade partners generated 40.8% of import sales to Russia, the country belong are Japan, South Korean and China.  Then it is followed by 6.4% worth originated from North America like United States and Canada. And another 3.2% came from Latin America (excluding Mexico) and the Caribbean, with 1.2% sent from Africa.

Among those electronic devices, the most popular products that grew fast in demands are electric motors and generators (up to 39,6%), TV receivers, monitors or projectors (up to 35.8%) and lower voltage switches or fuses (up to 35.1%).

5. Vehicles belong to the third most imported in Russia

There are kinds of vehicles that Russian importers purchased from the exported country. It is not that they can produce themselves but because of other reason. The following are top kinds of vehicles that Russian import: automobile parts/accessories, cars, trucks, tractors, automobile bodies, trailers, special purpose vehicles, public transport vehicles, motorcycles along with motorcycle parts and accessories.

Russia is gradually improved their agricultural food products especially fruits and vegetables. This also because of the European Union import sanctions of vegetables and fruits into their country since 2014. As the impact of this ban regulation, they have been looking into alternative way besides grow their own fruits and veggies, but this seems not enough so they imported it from another countries. A total of 7,1 million tons was imported, 17% more than in 2016. In the year before the EU ban came into force, Russia imported almost 8,5 million tons of fresh fruit and vegetables.

Nowadays, as the sanctions were expired in 2017, thanks to the time limited that they can fill the nation’s demand of fruits and vegetables. Recently, Russia’s fruits come from Serbia, Azerbaijan, Belarus, Israel, Egypt and South Africa. Those country’s help Russia fulfil their demand after the sanctions applied from the EU reduced fruit imports. For the detailed countries, actually Russia has been finding the imported fruits such as plums and apples from Serbia, tomatoes from turkey, figs from Israel and peaches from all over the former Soviet Union countries.

7. Turkey as the top country of Mandarins exporter

Mandarins or tangerines are an important fruits for Russian. They always served the fresh fruits especially on the special occasion such as New Year ’s Eve, Christmas Eve and another festive celebration. But due to the land fertility and weather, they get the fruit imported. And the country which provides the country needs is Turkey.

In 2017, Turkey exported mandarins in a fantastic amount of 342 million tons. Another mandarins family such as lemons, and oranges are also become important products that Russia imported from Turkey.