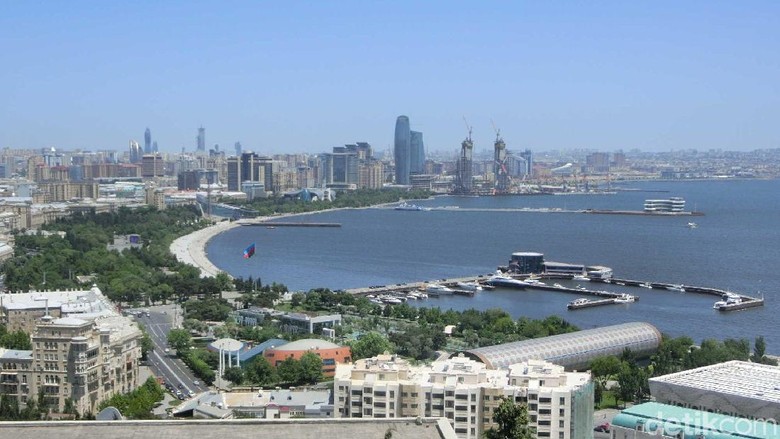 Russia is circle by sea. Do you want to know about Russia more? On the whole area which are east,west,north,and south is sea. Let us add your knowledge more about Russia’s sea. We would like to give you a brief explanation about all of Russia’s sea. But for now, Lets start with Caspian sea.

Have you heard about Caspian sea? Are  you often heard it? Caspian sea have an incredible facts that you do not know before! Well, we want to introduce to you about 5 Surprising facts of Caspian Sea, Russia. Enjoy scrolling!

The name before such as

Those all name above are name before Caspian Sea because of one reason, which is Caspian Sea that connected to the Sea of Azov by the Manych Canal.

But, this energy could bring other countries fight because of the Territorial Area. Because of Caspian Sea is bordered by Asia and Europe countries, this resources could bring war to the bordered countries.

Three from five countries that bordered by Caspian Sea, which are Russia, Azerbaijan and Kazakhstan has signed the petition. Petition is all about area of Caspian sea that would be explore by the three countries. They are explore gas and oil field from 64% northern area of Caspian Sea. What about the two other countries? Iran and Turkmenistan development is likey to stall.

5. Caspian sea as a landlocked

Well, many researcher says that Caspian sea being landlocked more than 5 million years ago. The level of Caspian sea is fallen and risen over centuries. in 2004, the water level is at -28 meters or 28 meters below sea level.

Thus Caspian sea relate to the atmosphere conditions level of North Atlantic thousand miles of west and north. These factor could make Caspian Sea for a place to study more about global climate change.

Which facts that surprise you the most? These surprising facts had done add more knowledge about Russia for you. Russia have these Caspian sea that have a rich potential both gas and oil field. Now, you could change your mind about Russia. What do you think if you heard about Russia? is that Nuclear that come first on your mind? Or Putin as a president of Russia? Just it ? Then, after you read this article, now you know more about Russia. There is not only nuclear and Putin in Russia. There are more about Russia that you should have know. The nature that Russia have will definitely blow your mind! You should visit Russia as soon as possible.

Well, that is a brief explanation about Caspian sea. Hope this article would add your knowledge more about Russia. There are so many things in Russia you should have known.